Wednesday's "Why?" ~ The Generations 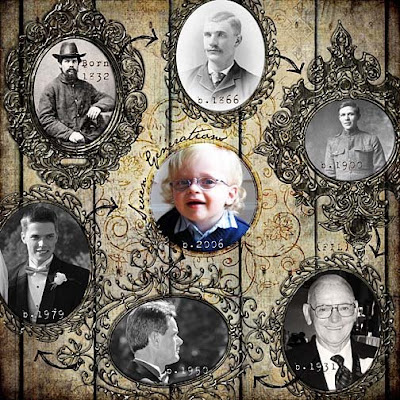 Why are the generations suddenly squaring up against each other, blaming and being blamed? Two things bother me about frequent discussion on the generational characteristics of Baby Boomers, Generation X and Generation Y (also known as Millennials).

One: Both astrologically and in general terms almost every article I've read on the subject relates to America. I wonder whether astrological research has been conducted on generational differences in other countries and continents. Astrology happens worldwide, unlike political and environmental issues. If generational differences are led by the movement of outer planets they should be identifiable globally.

Two: The old problem: which came first, the hen or the egg? Do generational planets (Uranus, Neptune, Pluto) mainly reflect/affect mundane matters? If so, over time, culture would change. There would be a knock-on effect for the young and impressionable during the years in question. Or do the outer planets, when prominent by position, conjunction or aspect in a natal chart, affect the individual? If so, a significant number (but not all) of kids born within a certain time-span would have similar traits, and would effect changes in culture as they matured. 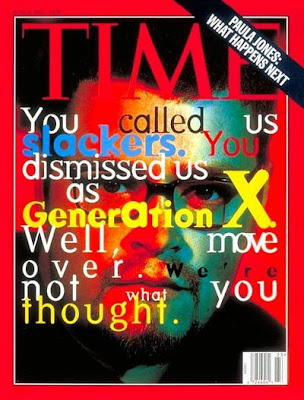 There's a third question too: isn't this simply useful and convenient subject matter, ripe for exaggeration by journalists, astrologers and conversationalists? It seemed anomalous to me to read recently a writer proclaiming that his or her own generation is less likely to see race and sexual orientation as dividing factors. That writer then merrily proceeded to divide the population into sub-groups using different, but equally damaging divisors: the generations! Ironic!

"The Boomers left a mess - we must clear it up, or reap the consquences" is a popular cry of writers from later generations. But that is not an accurate assessment. "The Boomers" may have formed a part of the population who brought about the "mess". Logic dictates that all work forces, governments, corporations, think-tanks, committees are composed of a variety of age groups. That complaint doesn't hold water! In any case, if you do decide to accept that argument against Boomers, you have also to accept that they made possible much of the technology later generations now enjoy. And that in turn was made possible by progress in the previous generation. It's evolutionary!

Each generation of 20 to 30 years will encompass billions of people, worldwide. Each individual has a unique birth chart. Totally unique. The way each individual reacts to outside simuli is going to be subtly different. Within a generation the only true common denominator is the state of the outside world in any given country. The state of youth's environment will affect the way youth grows. Astrology will provide input in the way youth reacts. No two individuals will be alike, or react in the same way.

I fee uneasy about the way generations are being set one against another. It's unnecessary. We should be striving to overcome divisions.
Posted by Twilight at Wednesday, January 07, 2009

Certainly a lot of generational angst is sensationalised hype, but there is one point to consider. The rate of our supposed advancement is increasing, so there is consequently a marked difference in attitude and technology that can be seen within a lifetime, whereas before change would be gradual throughout a lifetime.

It doesn't excuse the deliberate attempt to use those differences in a way destructive to harmony though.

Interesting post, T, and lots to ruminate on.
We have come a long way from the wisdom of the elders being respected and listened to.
Like AN I think acceleration of process has contributed to much ot today's ills and divisiveness. Universally.
XO
WWW

WWW ~~ Yes, I guess so. The internet is probably a major player in all of this too.
We have to take the rough with the smooth.....perhaps it'll all settle a bit when the boat stops rockin', and they stop looking for people to blame. :-)

You comment that most articles you've read relate to America, well, sorry to keep appearing to attack America, but the US is a very confrontational nation. Journalists and writers will find any division to exploit in order to make a point, whether it be race, gender, age, or sexual orientation. Partly, I believe it's done under the guise of "freedom to express", but mostly because the religious influence creates a narrowed viewpoint that fails to render such arguments less valid, as is the case in Europe.
Take this BBC news item, for example:

There's always been a generation gap, and always will be as long as generations exist, it's just that here they're given a title (usually derogatory, like "Boomers") then used to whip up contention and resentment, on Fox News, or CNN, or Rush Limbaugh.

RJ ~~~ Yes, I've commented several times about this tendency to want to divide, here in the USA, which is more apparent to those of us from a different background.

Actually my point about most articles telating to America was meant to refer mainly to the astrological side, but yes, it applies generally too. And no - I doubt there's an open-minded police force such as the one described in your link, anywhere in the country. Perhaps in another 20 years or so the US will catch up ?

Yes there's always been a generation gap, but in the past (before the internet?) it was limited to parents/children... "the younger generation". The mini-divisions we're seeing these days were not classified, as far as I remember, either by journalists or astrologers. I don't know if it's coming from the conservative side or not though RJ - I get the feeling it's pretty general.