In general Saturn gets a bad press. Just for a change, a post and a toast to the ringed planet.


Up from Earth's Centre through the Seventh Gate
I rose, and on the Throne of Saturn sate,
And many a Knot unravel'd by the Road;
But not the Master-knot of Human Fate.
Omar Khayyam translated by Edward Fitzgerald v.31. 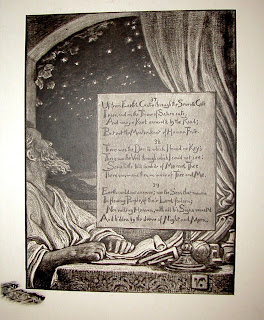 Deep in the shady sadness of a vale
Far sunken from the healthy breath of morn,
Far from the fiery noon, and eve's one star,
Sat gray-haired Saturn, quiet as a stone.
John Keats, poet.


But a good Saturn, or a good response to Saturn ... is one of the best features that map can display. So long as conscientious work, prudence, punctuality, common-sense, and temperate and well-controlled habits have any worth, so long will Saturn, rightly understood and interpreted in our lives, be a planet of the utmost value. It is when we wish to dictate to him and extort by violence or cunning what WE think will be good for us that he becomes, in our eyes, a tyrant.
C.E.O. Carter, astrologer. 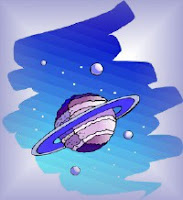 The scientific theory I like best is that the rings of Saturn are composed entirely of lost airline luggage.
Mark Russell, political satirist & comedian.

Saturn's influence is only painful to the majority of people because they have not acquired perfect self-control and unselfishness, once these are learnt Saturn becomes the guide, philosopher and friend; the wise counsellor.
Major C.G.M. Adam, occultist & astrologer.

Finally, a re-airing of my video compilation showing three sides of Saturn: the father, the worker, and the stable, lasting relationship.

I'm no astrologer (as you know!), but for me Saturn is the most exciting of the planets, an individualist. I can imagine, as the solar system was formed, Saturn saying to itself, "I'm going to be different from all those other ordinary orbs. I'm going to adorn myself." And it did. I'm not sure why, but to me Saturn is the David Hockney of the Solar System.

RJ ~~~ Interesting comparison. I'll have to think about that one!