A Question With An Answer (for once). 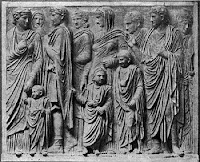 Answer: The Feriae Sementivae or Paganalia in ancient Rome and rural Italy. A festival of seed-times, the sowing of seeds and praying for a good crop. This took place on two days, seven days apart. Offerings were made to Tellus, better known as Mother Earth (below right) on the first day, and to Ceres (bottom right) a week later. 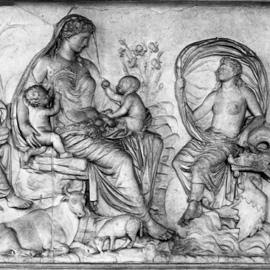 Sementivae was one of those "moveable feasts", the actual dates declared by priests, year by year. Most sources have 24 to 26 January as choices for the first day of the festival. The reason for choice of dates relied on the weather, and the weather forecasts were calculated by the sidereal calendar used in rural areas, based on the rising and setting of specific stars, in this case Rigel. 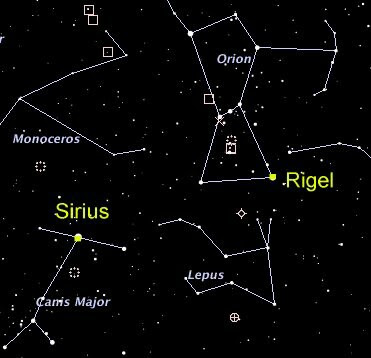 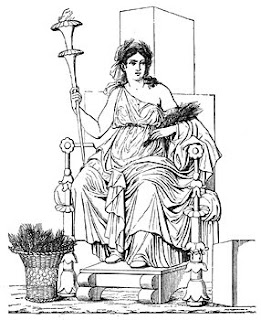 In ancient Roman times we are told that Rigel set just before dawn on what was the night of 24/25 January. The sky has moved on now, of course, due to precession of the equinoxes, and our calendars vary from those used in Roman times. Current equivalent dates would be around first/second week of February.

And Samantha? The name derives from Sementivae. Female children born around the period of a Sementivae festival were given this name, it means 'one who bestows plenty of food.'

I've always loved the name Samantha, but never knew where it came from. That was fascinating!

I found an interesting blog meme challenge that you might enjoy. It certainly made me think deep.

Hi Michelle - Congratulations, once again on having your book published - how do they say it over here? "You go girl!!"

Interesting meme for sure, Michelle, only trouble is that I've never encountered, in person, a mystic, hermit or eccentric in all my long years - nearest I get is looking in the mirror ;-)
I'd have tried to dredge something up from on-line encounters, in order to take part, but as it happens we're planning on taking a trip in a day or two, so I'm a bit strapped for time just now. Interesting topic though.
:-)

Fascinating article -- My niece is named Samantha and I always knew her name to be the Feminine form of Samuel, which means "God heard." This just adds additional meaning to an already beautiful name.

Yes, I rather thought there was an alternative version of the name's origin. Either way, it's a good name! :-)

I'd rather be taking a trip than doing a meme myself. ;-) Have fun!