For anyone who hasn't yet seen/heard this one - do take a listen:

"Vote Him Away - The Liar Tweets Tonight"

No medical news to speak of - my PET scan is scheduled for 30 June - not looking forward to it! In order to establish that I've not yet shuffled off, and to keep my blog alive too, here's something to which the husband (anyjazz) drew my attention recently. The late George Carlin was a superb wordsmith, this is a good example of his skills and insights.

The paradox of our time in history is that we have taller buildings but shorter tempers, wider freeways, but narrower viewpoints. We spend more, but have less, we buy more, but enjoy less. We have bigger houses and smaller families, more conveniences, but less time. We have more degrees but less sense, more knowledge, but less judgment, more experts, yet more problems, more medicine, but less wellness.

We drink too much, smoke too much, spend too recklessly, laugh too little, drive too fast, get too angry, stay up too late, get up too tired, read too little, watch TV too much, and pray too seldom.

We have multiplied our possessions, but reduced our values. We talk too much, love too seldom, and hate too often.

We've learned how to make a living, but not a life. We've added years to life not life to years. We've been all the way to the moon and back, but have trouble crossing the street to meet a new neighbor. We conquered outer space but not inner space. We've done larger things, but not better things.

We've cleaned up the air, but polluted the soul. We've conquered the atom, but not our prejudice. We write more, but learn less. We plan more, but accomplish less. We've learned to rush, but not to wait. We build more computers to hold more information, to produce more copies than ever, but we communicate less and less.

These are the times of fast foods and slow digestion, big men and small character, steep profits and shallow relationships. These are the days of two incomes but more divorce, fancier houses, but broken homes. These are days of quick trips, disposable diapers, throwaway morality, one night stands, overweight bodies, and pills that do everything from cheer, to quiet, to kill. It is a time when there is much in the showroom window and nothing in the stockroom. A time when technology can bring this letter to you, and a time when you can choose either to share this insight, or to just hit delete.

Remember to spend some time with your loved ones, because they are not going to be around forever.

Remember, say a kind word to someone who looks up to you in awe, because that little person soon will grow up and leave your side.

Remember, to give a warm hug to the one next to you, because that is the only treasure you can give with your heart and it doesn't cost a cent.

Remember, to say, 'I love you' to your partner and your loved ones, but most of all mean it. A kiss and an embrace will mend hurt when it comes from deep inside of you.

Remember to hold hands and cherish the moment for someday that person will not be there again.

And always remember, life is not measured by the number of breaths we take, but by those moments that take our breath away.
George Carlin

Not Many Words of Mine, but some From a Young Anyjazz

Recent goings on in the USA, and actions by the President of same leave me with no words fit to print on a family-style blog. My best wish would be for the President to be removed by some means or other (25th amendment to the Constitution?) It appears that is not likely to happen. Yes, there's an election coming in November, when We The People could remove Donald Trump from office, but as things are going it would not surprise me at all if that election were to be postponed - or cancelled.

I found, among my notes, this piece written long ago by my husband, known online as anyjazz (he's now aged 83). It illustrates his early experience of the wretched racial hatred which, as we have recently sadly seen, lives on still among some groups, in some areas of the USA. 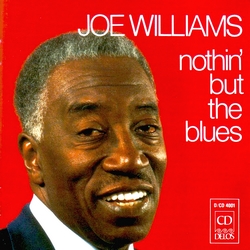 Back in the late [19]fifties, my old friend “Z” [Zee] and I took our girlfriends to see Count Basie. I didn’t own a car but “Z” borrowed his dad’s new Cadillac for the evening and we were in top style. I think we impressed our girlfriends.


It was a dance/concert sort of event. Basie’s big band had a couple of current hits right in the middle of the era of Bill Haley and the comets, Richie Valens, Elvis Presley and Fabian sensations. Basie’s band had charted well with a lovely recording of “April in Paris” which would earn them a Grammy. Joe Williams, Basie’s vocalist at the time, had a hit with “Every Day I Have the Blues.” So, an evening with Count Basie was a big deal. Really. A really memorable three or four hours.


The first number was “All Of Me” designed to make everybody pay attention. Anyone who has heard the Basie arrangement of the number will know what I mean.


When Joe Williams sang his first number he looked uncomfortable. He looked frightened to me. Maybe it was just me. Well it was the first time I had ever been to a concert where there were uniformed police wandering around in the crowd.


After the concert, we stood around on stage chatting with the band members as they packed up. “Z” handed his bottle of W L Weller to trombonist Al Grey for inspection. Al looked at the dregs and then at “Z” for approval. “Z” said “Aw, kill it. It’s not enough to haul home anyway.”


Basie and Freddie Greene had left in a limo and the rest of the band members were loading onto the band bus. Somehow, Al Grey and Joe Newman got left behind and we gave them a ride downtown to the Lassen Hotel in the Caddy.


Later we all crowded into the Lassen Hotel diner for breakfast. It was about two in the morning.

We all found stools at the counter. I sat between Joe Williams and Joe Newman. Now, it might be necessary for a reminder here; this was in Kansas in the late fifties. The diner staff was not too comfortable with serving several black musicians, famous or not.


Joe Williams ordered two eggs over easy. In a few minutes, the waitress came with his plate. The eggs were raw. He looked at the plate and then at the waitress.


“He can’t eat those, they’re raw!” I blurted without thinking. The waitress nodded and took the plate back. (I think she agreed.) She returned with a fresh plate, cooked right. Joe looked at me and said “Thank you.”


It was years later that I figured out what had happened. It was not my first lesson in bigotry but somehow that night I think I learned a bit of just how awful it was. I was sitting there between two fabulous black musicians and I was in star struck. Others in the same room were not impressed, in fact they were disgusted. If my famous black friend had complained, he would simply have been refused service and ejected.


Later that morning, we bid the tired musicians goodnight and safe journeys and we headed for home.
Posted by Twilight at Tuesday, June 02, 2020 6 comments: