Quick medical update first: The oncologist and the radiation oncologist I saw earlier this week on follow-up appointments both gave me a thorough "going over", declared me good for a while longer - well, anyway until my next appointments with both I guess; that will not be for 2 months. Perhaps I'll not be shuffling off before then, barring accidents and the unexpected, fingers crossed!

The temporary stand-in oncologist advised, with regard to pills for my pain-while-walking, that I can try using a double dose of the the minimum dose extended release morphine tablets, prescribed in July by another stand-in oncologist. The pills as prescribed had had no effect on my pain, so I just didn't take them and relied on the previous pain pills I'd been using. I'm now trying this new regime, with my old pain pills available for "break-through pain". I'm still not overly impressed with the morphine, the effect so far isn't as beneficial as my usual pain pills, but maybe lasts a little longer. I shall give it a longer testing and experimenting time. 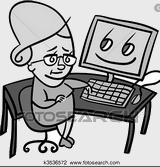 I'm not sure how much longer Learning Curve on the Ecliptic will survive, in view of the fact that I shall have to buy a new computer before January 2020. Windows 7 operating system, which I use, will no longer be supported by Microsoft after that; this old computer has a hitch in its sound system so needs replacing anyway. I'm posting much less frequently than in years past. Survival of Learning Curve, at all, will depend on how compatible I find myself with Windows 10 once I've replaced my old faithful machine and operating system.

It was around this time of year in 2006 that I first jumped into Blogger and tried my hand at blogging. For many years I posted daily, initially about astrology, later on a variety of topics. In 2015 a kind commenter suggested that I should write some posts telling a little about my life. I was wary of doing so at first as it seemed particularly self-indulgent. Ah well, a bit of navel-gazing has never hurt anyone, so I began a weekend series of posts on my own life story. By the end of the series I found that I had actually enjoyed those backward glances.

Thinks: With a bit of filling out, this post could stand for the full week ahead, so...below is a list of links to the 8 parts of that self-indulgent story of my life mentioned above. Any stray passing reader might be brave enough to sample an episode - or two - or perhaps just take a look at the pictures.

Well....I guess it's time I posted an update here, but there's not much to report at present. Perhaps after Wednesday I'll have news worth recording, after two medical appointments - follow-ups. These will be mainly in relation to issues following my radiation course a few weeks ago, and checking state of blood after several weeks on the Ibrance medication - those expensive pills for which, amazingly, I haven't yet had to pay anything out of pocket.

Medical marijuana news: I've decided to stay off it for a few days. I hadn't been taking much anyway - a drop of tincture once or twice a day. The sleepiness, my only consistently noticeable effect from MM, has been increasing daily, along with a general feeling of being "not quite with it". Up with that I will not put! No MM today, and already I feel slightly less doped-up. There were a couple of tries at vaping a few days ago, no more of that until I read more of recent reports that vaping (not sure if re nicotine or marijuana) has been causing some kind of lung disease.

Cartoons below came from my oldest (in both senses) friend in the UK - she was born a week after yours truly. 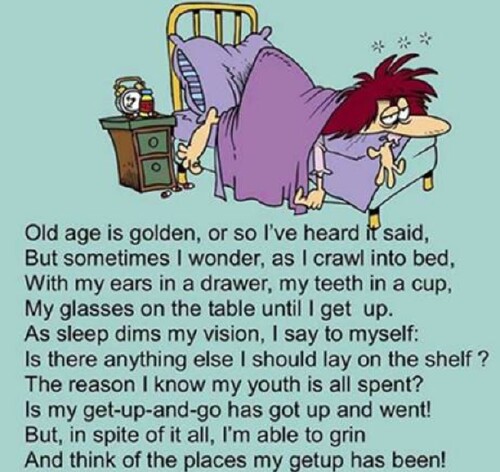 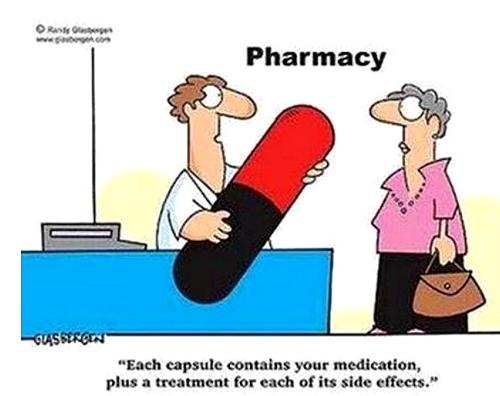 YAY!! I received my Medical Marijuana card on Saturday! We visited a dispensary, bought some tincture, a gummie and a plastic straw filled with "High Honey", as my first-time try-outs. I tried the last-mentioned on Saturday evening - no effect! I did fall asleep in front of TV late evening - but I do that most evenings anyway. This morning I tried a couple of small drops of the tincture (under the tongue), which haven't done anything so far. Finding the right stuff for my needs, and the right doses, will take time. Everyone is so different, useful advice can't really be offered. I'm looking for help with my pain-when-walking and occasional nausea and loss of appetite. Experimentation is recommended, always starting with lowest dose. The woman in the dispensary said to even cut the gummie into 4 and take a quarter only at first - I'll experiment with that later. We shall visit another dispensary, to buy the necessary equipment to do "vaping", the dispensary we visited on Saturday was out of stock. I really do not fancy smoking the stuff, vapor seems like the next best thing.

The past week saw irradiated skin around my chest and under-arm areas peeling away, leaving one painfully awkward raw place under-arm requiring a dressing. I had to seek assistance and advice from a nurse. Glad to say that, with husband's assistance with the dressing, it's now much less raw and improving daily. 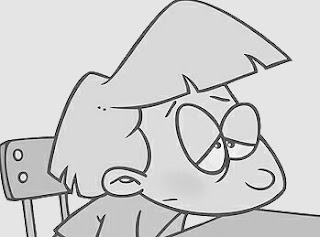 The blog has been silent for a week. It was a week filled with annoyance and frustrations initiated by our visit last Saturday - as mentioned in the second paragraph of my previous post, above. That appointment, at a local Medical Marijuana dispensary, did not work out at all as expected! Rather than bore the underwear off any stray reader, I'll try to nutshell the tale, but it isn't easy to tell briefly. This could well ramble on.

I, allegedly, had the last appointment of the day at a local dispensary where I had assumed a doctor would be present to recommend (or not) medical marijuana (MM) for me. It turned out, however, that there were numerous "walk-ins" to be dealt with after me - the small waiting room was heaving with these when we arrived.

A good imitation of chaos ensued.

My "interview with a doctor" consisted of a few minutes talking to an elderly guy on a laptop screen. The doc seemed less interested in listening to what I was telling him about my ailments than in attaching his own labels to me. After a few minutes he gave the assistant some code numbers. That was that, doctor-wise.

I was then handed over to an assistant and "the boss" to provide my documentary proofs of identity (my US passport), proof of residency in Oklahoma (my Voter ID card), and my Medicare card. These were scanned or photographed, and a photograph was taken of me (passport style). There were some mumblings about proof of residency, and there being a need to submit the top sheet to the deeds to joint ownership of our house. This should have been unnecessary, as the Voter ID card was one listed as acceptable proof of residency in the state. We agreed to send what they had requested, by e-mail, and the "boss" would call me later that evening to finalise things and get my debit card number for payment of $20 to the Oklahoma Medical Marijuana Authority (OMMA), and submit my application to OMMA. I had paid "the boss" $75 in cash for his part in the process, for which he gave a peculiar type of receipt on my husband's cellphone - something we have yet to decipher. All the time we were there, by the way, "the boss" guy was dealing with at least one, sometimes two, other applicants concurrently with me.

We went home, searched for house deeds, found what seemed to be appropriate and sent it to the e-address we'd been given. Then.....nothing. No phone call that evening, none the next day nor on the day after.

We visited the dispensary on Tuesday, explained what had happened (or hadn't happened) to a lady who seemed to be in charge there. She made a phone call to "the owner" (as in "the boss") who allegedly told her he would call us that evening. He didn't. More calls to the dispensary followed next day, with promises made by recipient to call me back. Nobody ever called back.

It was Thursday by now - I had steam coming out of my ears. Another call to the dispensary - this time I let it rip a lot more than I had during past phone calls. The guy at the other end of the line said "We were only hosting the event, it was nothing to do with us". GRRR! I told him that as hosts to something, they had to take some responsibility for what had gone on. He promised to call the owner of the outfit who had "organised" Saturday's chaotic event. Nothing further was heard by that afternoon.

At some point, someone had given me a phone number which led to an answering machine at the offices of "the owner", in Oklahoma City. I decided to leave a message on it. I guessed my message would be just one of thousands and like everything else I'd done, be completely ignored. The answering machine cut me off after a few seconds, but I kept going back each time, continuing my call, ending with pleas to "please, please, please will somebody ring me back!" Ten minutes later somebody did. It was "the boss". That turned out to be a very long phone call, an hour or more with lots of waiting time included. What had gone on on Saturday was repeated over again, as though Saturday's visit had never happened. This time, eventually, I was asked for my debit card number and that was that. He said I should receive confirmation that my application had been received by the OMMA, and that my MM card should be with me in around 5 to 7 days - possibly by Wednesday next. I got the confirmation from OMMA within a few minutes.

On reflection, and upon further reading around, using name of "the boss", I began to realise that there is a veritable flood of applicants in the state, a never-ending flood it seems, and "the boss" and his organisation are trying to deal with the flood, but without adequate means (or so it appears to me, now).

Fingers crossed that the train, having at last left Frustration Station, will arrive at the proper destination bringing with it my MM card, to enable me to buy some MM to assist with my pain-when-walking and my nausea/loss of appetite.