At the time of typing Oklahoma has 565 positive cases of COVID-19, and 23 deaths recorded. (24 hours later numbers are 719 and 30 deaths) On Saturday 4 April: 1,159 confirmed positive; 42 deaths. Little testing has been done in the region and one expert has estimated that 500+ is realistically 5,000+. Oklahoma Governor has ordered the over 65s, and others vulnerable due to health-related issues, to stay at home until 30 April, going out for truly essential reasons only. So far there is no state-wide "lock-down".

I chose to cancel the PET scan I had listed for today (31 March). I felt, after much consideration and for a few reasons, that it was the safest and best thing to do. I shall keep my appointment at the Cancer Center on Friday for a blood test to check blood count has not dipped too low for me to carry on taking the necessary meds. I shall see the oncologist then, if he's available - nothing is certain now that the virus high-tide is approaching us.

In other news: our little Redbud trees are blooming, helping to cheer us - I remember, last spring, wondering whether I would be around to see them bloom again - and I am! Glory be! 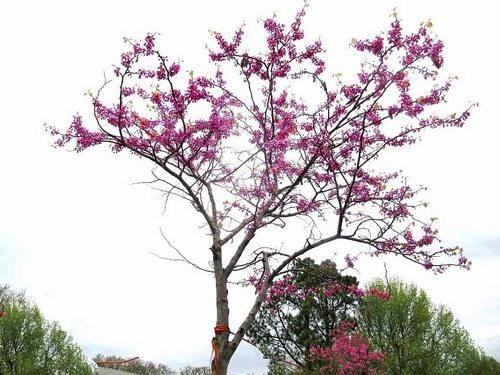 "If the future seems overwhelming, remember that it comes one moment at a time."
(Beth Mende Conny)

I haven't often had reason to use the word 'triage' in everyday speech or writing, but this morning I realised that it's time to triage my several worries and anxieties.

What do I worry about first?

Is it a further spread of my cancer? Or catching - and due to compromised immune system - probably dying from, coronavirus? Or dealing with painful side effects from my medications? Or anger and disappointment at the way the US presidential election 2020 is shaping up.....etc.etc.etc.

I've been kind of self-isolating against common and garden 'flu since before Christmas 2019, so I'm used to that - it has to be the best way for me to avoid picking up this nasty new bug. I'm doing the long-playing hand-wash routine now, too. Worrying will not help, being mindful of risks might. Avoidance is, at least, possible in this case.

I'm doing everything I can to avoid a further spread of my cancer (breast/bone) by regularly taking the medications prescribed. I have, by my own choice, postponed until late this month a PET scan required to monitor my internal situation in detail. I've felt the need for some breathing space, to enjoy, without anxiety, a little more "free" time, as well as allowing more time for painful joint and muscle side effects to, perhaps, decrease to enable me to do the test more successfully. I do worry, of course, but I tell myself that, at 81, I'd be facing the big shuffle off anyway, after an eventful but very good lifetime, for which I am truly thankful.

The results of the November 2020 presidential election will be unlikely to affect me personally much, if at all, but it still depresses me that the one golden chance the people of the USA had to get a president who really and truly cares for ordinary people and their needs, is likely to have been trashed this year by Democrat bosses - corporatists, and conservative in all but title. 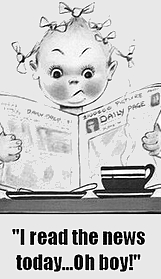 Bernie Sanders is a hero for continuing to fight for us - it'll be a generation or more before there's another chance such as that which has been on offer this time around. The Democrats don't want Bernie, never have, never will - he represents policies which would adversely affect their wealth and privileges. They have used every trick in the book (and more) to depress results in his favour. I've been watching more political stuff on TV lately than I have for many years - it's just so obvious what's going on. Media manipulation is, indeed, "a thing"!

As for the most likely Democrat presidential candidate - I don't dislike Joe Biden, but his age is showing, far more than is the case for Bernie Sanders. Bernie has been tearing around the country campaigning like a man half his age. Biden has done little, and when he does manage to make a bit of a speech it's weak and unimpressive. I will not use the word 'dementia', as many have in regard to Biden's speech, but I do believe that it's too late for him to make a good president. His time came some 10 to 15 years ago, when he did have charisma and a certain presidential look and sound about him. See my first blog post on Joe Biden, in 2007, here - a very different take from the one I have today. Bear in mind that, in 2007 I was still fairly wet behind the ears with regard to politics in the USA!
https://twilightstarsong.blogspot.com/2007/11/joe-biden.html
Biden is obviously, now, in the pocket of the oligarchs and Dem establishment. Considering his age, and the serious universal health issues which have lately arisen, I suspect that all will not proceed exactly as planned in November. This isn't as much of a worry to me as the rest of it, but it's something of which I'd dearly love to see the outcome...if other issues allow.
Posted by Twilight at Thursday, March 12, 2020 8 comments: