First, I apologise for not visiting my usual blogs and Quora recently - I'm avoiding the computer as much as possible in favour of sitting in front of the TV listening to talk of elections and pandemics - not a good swap, by the way!

On the medical front - I saw my oncologist yesterday to explain the reasons that I'd felt I must cancel the PET scan he had ordered for 18 February. He was sympathetic, and understanding of my fear of being charged a large sum if I had attended for the scan and been unable to carry it out, fully or at all. His suggestion was that I re-book a scan and, to help with the pain in my shoulder and side, take a double dose of my pain pills before attending. He told me that, though in some hospitals when a patient has difficulty managing the scan, some type of "knock-out" med or anesthesia can be given, but this is not so in our hospital. So...I intend do a trial run at home. I shall take a double dose of pain meds, once they've taken effect I'll lie on my back, a hard floor for a while, to decide if the extra pills will be the answer to my discomfort problem with the scan procedure. I shall hope that I'm able get up from the floor afterwards!

A nurse made enquiries for me on the question of being charged many thousands of dollars for the scan if unable to carry it out in full, due to pain. She was told that there would be a charge, based on how much imaging had been possible in the time a patient could manage to remain in place. There might also be a charge for the special liquid one has to drink, concocted in specially personalised formula for each patient - that cost would be in the region of $175 - and definitely charged if the patient did not attend and did not cancel within 24 hours. None of that made me feel too confident!

I asked the doc. if I could wait for a couple of weeks or so before trying to do a scan, he agreed to this. It seems likely the appointment will be in late March, with an appointment to see the doc. again a couple of days later. I'm hoping that laying off the knitting for a while

longer, and avoiding much time on the computer might further improve the side and shoulder pain before scan time - always supposing that I'm not still lying on the kitchen floor trying to get up from a trial run!
Posted by Twilight at Thursday, February 27, 2020 6 comments:

Just a quick update - as much for my own record as for any stray reader passing by.

Side effects from either Ibrance or Anastrozole have been causing more problems than usual of late.
Arthritis-like joint pains in fingers which I was managing reasonably well, have spread to my right shoulder and side- so much so that knitting is now unwise, and using the computer mouse with right hand also a no-no. I can manage small amount on the computer with mouse in my left hand - but it's a bit of a fumble.

I had an appointment for a PET scan this coming Tuesday (18 Feb), waited until Friday hoping that the pain might ease off after doing no knitting for several days, and hardly any computer time - but no, and pain pills do hardly anything to help, nor does medical marijuana. The problem with my femur, however, does seem improved - it looks as though to get the effect needed from the medications, I must bear the side effects. It might also be that the pressure I've been putting on my right arm and shoulder, using the quad cane for so long, has contributed to this right shoulder/side issue. :-(

Regarding the PET scan - there is no way, with my shoulder as it is, that I could lie on a hard board for 20 to 25 minutes without moving a muscle. I made enquiries of various local medical staffs. It's difficult to speak to the the people mainly involved as the PET scan people are in town only on Tuesdays, and my oncologist only on Wednesdays. It was not possible for me to speak to either. I had been told, and pretty forcefully, that if PET scan appointments are not taken up, and not cancelled, the patient would be charged. YIKES! It's flippin' expensive! Nobody was able to tell me whether, if I turned up on Tuesday at 8.30 am and was unable to "do" the scan, whether I would be charged. By this time, after many phone calls to different places, with no helpful information, I decided the best thing would be to cancel the appointment. I confirmed that I shall keep (what was to be) the follow-up appointment with oncologist on 26th Feb, as planned. Perhaps he will be able to suggest some way of dealing with my problem and I can re-schedule the scan. They were unable to find an earlier appointment for me to see the oncologist so...I shall wait. I'm limited to reading, or more likely napping in front of the TV, upon which I've become quite the expert.

Several years ago, on this blog, I wrote about the movie "Cloud Atlas" (it was in 2013 - link to relevant post and comments: https://twilightstarsong.blogspot.com/2013/05/cloud-atlas.html) 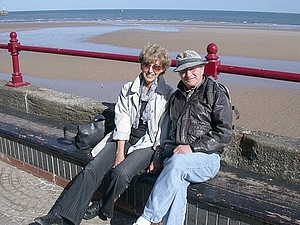 I love the general idea of a soul or some manner of eternal personality travelling through time... Husband and I, back in 2003/4, in England, began trying to dream up (me) and write (him) a story along such lines, using around 3 or 4 sets of situations, spread from medieval times to the years of World War II. The link, through time, would be a piece of fabric. Husband wrote a super preface to the first chapter, I did keep it, but at the moment cannot lay hands on it. Other things, such as marriage and house selling and moving to the USA got in the way of continuing that venture. I often still ponder on how such a set of tales could unfold and link up though. :-) That was one reason I was so keen to see "Cloud Atlas".

Well, just today, while tidying some papers, I came across that preface, and more! Here it is - my husband aka "anyjazz" wrote it from an idea I put forward. He said that he felt a need to make some explanation as to why the piece of fabric was so cryptic, and powerful. He's a much better creative writer than me.  We  decided to share: ideas from me, writing from himself. I love this preface. There are also some outlines of rough ideas of how the tale should unfold, but I'll keep those for another day, if anyone is interested. For now.... the preface only:  are you sitting comfortably? Then I'll begin. Once upon a time....

A crescent moon and a single candle spread yellow light across a small room. An ancient woman works at a loom. She works slowly with great purpose, grand design. Her fingers pull the yarn tight, knot it here, counting the cross threads, another knot there. The woman pauses, wipes the corners of her eyes. A candle and a crescent moon are little help to her near blindness. She weaves and counts by touch. She creates to the image in her mind, an image formed of seasons of watching the stars, the changing patterns of her skies.


Over years she has collected life about her. Over these years she collected the sound of the squirrel in the fresh air from the forest, the scent of the wildflowers on their spread down the side of the hill and honeybees on the breeze from the valley, the touch of the rich earth and the polished stones on the path from the hills, the taste of the spring water and wild herb. All these pieces of life she knows. All these things are in the knots and the curious weave of the strip of fabric she is creating. And something else. She pauses and smiles at the crescent moon that is now only a glow in her dimming eyes. She smiles at the stars she can no longer see but knows in her heart are there. She is following their instructions. She and the stars are creative partners in this soft band of fabric.


The flax was gathered on a late summer day. It was years ago. The linen yarn was spun slowly on evenings after the children were bathed and sleeping. The skeins of yarn were dyed in iron cauldrons of color from the wild berries from the hills and from curious red-brown earth left when a fiery stone fell from the heavens. The woman ground these colors in stone cups, blending each with care. The wild bushes and sapling trees at the edge of the small forest held the drying loops of yarn. The sun contributed subtle changes to the colors here and there.


Now after years of preparation, the last thread, the last weave, the last knot was in place. It is a lovely band of textured fabric, a unique scarf fit for royalty. The labor of her life was complete. Complete that is, except for the delivery. The creation is not for her. It never has been. She has known for a long time where the small scarf will go. She has known the color of the container, the place in the stars, the position of the sun. Exactly. And it is tomorrow.


The sun now glows above the trees at the edge of the great lawn in the front of the estate. A pale green and gold trimmed carriage waits at steps. The driver sits atop, holding the reins of a patient horse. Last night’s sleep is still in his eyes. A footman stands ready at the top step of the front landing. Behind him the carriage door stands open.


A small figure emerges from the trimmed shrubbery, approaches the carriage quietly and places something on the seat just inside the open door. Then as quickly, the figure is gone."