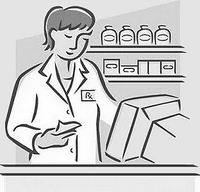 A frustrating and tiring few days put me in a dark mood this week.

Acquiring a refill of my pain medication - a generic of the brand Norco - is becoming more difficult by the month. I obtained the paper prescription, signed in ink by my temporry oncologist, as required now by law when medications involving opioids are refilled. We took the prescription to the pharmacy we've used for the past 15 years. On being presented with the written prescription the rather unhelpful young lady at the drop-off counter told me "Sorry we can't fill that, we are getting a new wholesaler and we have none in stock. You'll have to go to another pharmacy." "Well", said I, "I could wait for a day or two, I still have a some tablets left. Would you have the medication available in a few days' time?" "No, we don't know when, or if, we'll have them". A bit fishy, that!

We drove to CVS pharmacy just across the road, to be told by a kindly young guy at their drop-off desk. "Sorry, we're all out of those tablets, people coming from the pharmacy across the road have cleaned us out. We might have some by early next week. I'd try Walgreens - not Walmart as they'd likely send you away as you're not a regular customer."

Onward to Walgreens. These pharmacy visits entail a fair amount of walking, and I, the painfully walking wounded one, was not delighted by the fact that pharmacy counters in the large stores are right at the back, farthest away from the entrances - so lots of painful steps for me. Even dosed up with the pain pills, using a quad-cane, walking far is not easy for me.

Walgreens, after checking my identity and Medicare details, seemed willing to fill my prescription. They were very busy - lines forming at the pick-up and drop-of counters all the time. They said to come back to pick up the tablets in around 45 minutes. We returned over an hour later. Medications not yet ready for me, so we decided to wait until the next day to collect - to avoid yet another trail to the back of the store that day. Later on, a phone call from the pharmacist at Walgreens told me that I would need the doctor's further authority for the number of pills required by the prescription. (I'd have thought that the prescription itself was that authority!) The doc had allowed for 8 tablets per day (for a month) instead of 6 per day. New regulations mean that extra authority from the doctor will be required for that amount of tablets. I told the pharmacist that, as I take only 6 tablets per day, could he please just fill the prescription for that amount? He agreed to do this, and changed the number of pills stated on the prescription. So, yet another trip to Walgreens the next day, though with rested legs.

At last, I had the tablets in my hot sticky hands. I say hot and sticky advisedly. It was around 95 degrees in town during these adventures, adding to my annoyance and discomfort.

I had hoped that Walgreens might deal with a different generic manufacturer than the one used by our usual pharmacy. Sadly no, that didn't happen - same generic manufacturer, who shall remain nameless. I am convinced, as are many people online, that the generic of Norco made by this particular manufacturer is not as effective as the brand medication itself, or pills made by several other generic manufacturers. It is thought, by regular users of this medication, that not long after December 2017, when panic erupted over deaths by addiction to opioids in the USA, especially in Oklahoma, the effectiveness of these tablets as pain relief medication took a nosedive. Those who had been taking the medication before and after the opioid crisis suspect that some manufacturers have adjusted make-up of these tablets, possibly by changing additional ingredients used in their manufacture. I suspect (a wild guess on my part) that the way the tablets were being used by addicts for purposes other than pain relief, may have been the reason for change. Addicts crushed the tablets. Perhaps some generic manufacturers added an ingredient to prevent easy crushing which, in turn, could also prevent proper digestion of the pain-relieving ingredients. So those of us who genuinely need pain relief go to the back of the queue, we don't matter!

Pain relief from the pills, for me, is minimal but better than nothing. Morphine at the strengths tried already brings even less relief. I'll be asking the temporary oncologist, next time I see him, if there's something else I could try. I'd buy the brand name Norco tablets, even just to try, if they weren't so ridiculously expensive - in the order of $500 + per month!

I've written next to nothing about the presidential election due in November 2020 - too many other things on my mind, I guess. Early this year, before medical issues for a second time snatched my attention, I did take a look at the natal charts of some likely Democratic contenders, even before they had announced their candidacies. I came to the conclusion that, of those I investigated, most likely to do well according to their natal charts and upcoming planetary transits, were Elizabeth Warren and Cory Booker. My posts on the topic from earlier this year can be accessed via the label cloud in the sidebar (scroll way down); just click on "presidential candidates 2020". Many moons have passed since those posts. Elizabeth Warren is, indeed, as I + her natal chart suspected, doing well in the polls - second only to Joe Biden in most of them.

I came to the conclusion, early on, that my own preferred candidate, Bernie Sanders, will not be allowed anywhere near the Democratic nomination by the DNC - nor will my other favourite candidate Tulsi Gabbard. Sad, but true. It has been said that the DNC would rather see another Trump presidency than ever countenance a US President Bernie Sanders. This - THIS - is what is so wrong about politics in the USA, and in the UK these days come to that. Jeremy Corbyn, the Labour leader there is equally vilified by many!

I'd not feel too badly about a president Warren with Booker as her VP, given the rest of the choices available. I shall now make Warren/Booker my prediction! I'd be surprised if Joe Biden can sustain his current lead - I rather hope not - he's just another Republican-lite in my estimation.

Of course, if I haven't shuffled off already by November 2020, I'll be 81 going on 82, and probably fixing to shuffle off before very much longer, so my feelings on this issue are somewhat irrelevant. I'd love to know how it all turns out though, and whether astrology worked well in this particular case.
Posted by Twilight at Wednesday, September 18, 2019 2 comments:

What to Write About?

Time to write something - but what to write about? Nothing has changed much since my last update, in relation to medical matters. I have found, after brief experimenting, that medical marijuana tincture - a drop under the tongue, does help to increase my appetite and decrease any feelings of nausea - side effect of my two anti-cancer medications. That's a worthwhile finding - I'd like to put back some of the weight I've lost. No more vaping the MM though, until the current findings about vaping in general are clarified as to whether nicotine or THC (part of marijuana) are involved - could even be both, I suppose. Pain-when-walking remains my main bugbear. Pain relief from my pain medication is good for a short time only, once it has kicked in. Sometimes I think the relief is improving, but not consistently, the following day can bring it back seemingly worse than ever at times. The radiation oncologist said, in regard to this, that bones are not consistent. It's something to watch and note. Perhaps the improvements will, as time goes by, last longer and longer - this is what the oncologist suspects, and I can but hope! 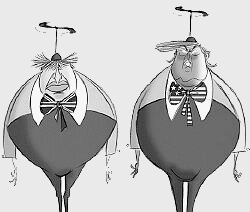 Brexit news and the current doings of Prime Minister of the UK, Boris Johnson (aka Donald Trump lite), become more unbelievable by the day - even by the hour this week. I didn't believe anything could possibly make Donald Trump appear to be more presidential - but this week's doings in the UK did it for me! It took a lot though. On President Trump, there's a long-running thread at Quora asking:

I read through most of the thread but found most of the jokes a tad lame. Maybe my sense of humour has been lost along with my weight! This joke was the only one that managed to raise as much as a chuckle:

Trump is doing a meet-and-greet at a crowded venue and his security detail is being extra watchful. One of them is a new guy and he’s extra jumpy.

Suddenly, a gunman bursts from the crowd, aiming his weapon at the President. Pandemonium ensues. The rookie bodyguard screams “Mickey Mouse!!!” at the top of his voice and this startles the would be assassin to the point that his aim is off and the shot goes over Trump’s head.

Some bodyguards wrestle the assailant to the ground, while others hustle the President to safety. Disaster averted.

Later, during debriefing, the head of the security detail congratulates the rookie. Without his quick thinking, he tells him, the President might very well be dead.

“But I’m puzzled” he said. “Why on earth would you yell 'Mickey Mouse'?”