American Idol is wending its weary way through our TV screens again. This year, though there are several talented singers, I find it more difficult to be engaged and enthusiastic about any of them. Two who are surely destined for successful careers, whether they win or not are young Jessica Sanchez (16) and Joshua Ledet (19). The first with triple Leo, Moon in Scorpio, the second with Sun and Venus in Aries, Moon in Cancer, both with that prominent mix of Fire and Water.

Here's a recent duet by the two I Knew You Were Waiting (For Me) originally sung as a duet by by Aretha Franklin and George Michael.

There's a new version of Evita on Broadway. Surprise casting for the role of Che (the figure who stands as "Everyman" making critically sarcastic comment on the drama before us) - none other than Ricky Martin! He's getting decent reviews - and why not? If David Essex could sing it successfully, long ago, no reason why Ricky Martin shouldn't. Most of us remember him like this: 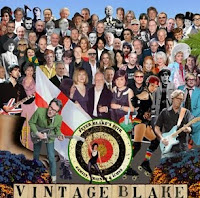 Sir Peter Blake, the artist who created the iconic cover for The Beatles' Sgt. Pepper's Lonely Hearts Club Band, has created a new version of the cover to celebrate his 80th birthday. See HERE. Seems like a pointless exercise to me - but there ya go! 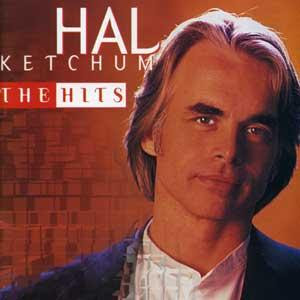 I noticed a familiar name in a list of April 9 birthdays: Hal Ketchum. Happy birthday to Mr. Ketchum!

His style is not the twangy old-fashioned kind of country (though there's nothing wrong with that) it's a smoother approach, can be appreciated by an audience wider than the stetson-flaunting, boot- clad masses in Texas and Nashville. He sings of love, the difficulites and fragility of it, our vulnerability, and problems of the workers. I have a couple of his albums, still love them. Some of his songs are self-penned or co-written, others come from some of Nashville's best. He's the 71st member of the Grand Ole Opry and is still singing and playing, in spite of some serious health problems encountered in recent years. He's had problems with addiction, but remains a multi-talented guy: paints and sculpts (has his work exhibited in a Santa Fe gallery), still does carpentry and makes furniture, and writes.

In his natal chart Sun/Venus conjunction in Aries is opposed by a conjunction of Neptune and Saturn in Libra, which I read as balancing and restraining: Sun and arty Venus opposed by creative but addictive Neptune which is in turn modified by restraining Saturn. I'd say that Saturn's position is what has saved Mr Ketchum from addiction spiralling into destruction by placing what could be called an astrological restraining order on him - perhaps even in the form of his MS - that's just my interpretation, the negative and positive sides of it balanced and blended.

Past the Point of Rescue

We have Britain's Got Talent on at the moment, not that I've been watching it, but there are, occasionally, acts that I watch on Youtube.

This is one couple of students from the London College of Music auditioning. Looks like the clip has been edited from when I first saw it as Simon Cowell says "just when it couldn't get worse, this happens" to the judge on his right and they had put up subtitles. Just like the initial reaction when Susan Boyle first appeared, the judges and audience react to Jonathan's size until he opens his mouth.

This kind of fake surprise element has become a standard ingredient in talent shows since producers noticed how well the Susan Boyle incident was received.

Then there are always a couple of sad background stories - a relative dying, struggles to survive in dark circumstances, fights back from addiction etc. etc.

The shows have become formulaic and it's more obvious because now, in the US anyway there are more of them - and I'm meaning just the musical, or "Got Talent" talent shows. We don't watch any other kind...in order to retain sanity!

I think I've reached saturation point now - am not enjoying The Voice or Idol (both running at present here) nearly as much as I used to. America's Got Talent is due to start next month, then The Sing Off will be back and The X-Factor......sigh.

Typical: they discover a good thing, then do it to death.
:-)

The Voice has just started here on BBC1 up against BGT. Not surprised when BGT deliberately announced in their first week that they had found a Voice in Jonathan.

Then the BBC said they had another Scottish housewife superstar. Well Dame Edna Everage has retired :-)

As you say it is all becoming predictable and the fake surprise tiresome when the entrants have to submit a video to the producers before the auditions. Clearly that gives the producers the time to create the backstory.

Then we have X Factor up against Strictly (your Dancing with the Stars) up til Christmas. Wonder what the next BIG thing will be.

PS Katherine Jenkins is doing your DWTS this year and seems to be doing well. She's just split up with Gethin Jones (ex Blue Peter presenter) whom she met when singing as a guest on Strictly a couple of years ago. He was competing.

Rossa ~~~ Seems Cowell and Co have both sides of the Atlantic well and truly tied up!

At some point they'll reach the bottom of the pool of individuals with the right amount of talent - if they remain determined to retain all of thse shows annuallly. I suspect that already they send out "head-hunters" to source likely candidates. ;-)

Had to Google Katherine Jenkins (am really out of touch now, and don't watch the dance show). Will look up a youTube or two . :-)