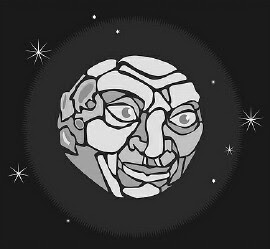 "But we were born of risen apes, not fallen angels, and the apes were armed killers besides. And so what shall we wonder at? Our murders and massacres and missiles, and our irreconcilable regiments? Or our treaties whatever they may be worth; our symphonies however seldom they may be played; our peaceful acres, however frequently they may be converted into battlefields; our dreams however rarely they may be accomplished. The miracle of man is not how far he has sunk but how magnificently he has risen. We are known among the stars by our poems, not our corpses."
~ Robert Ardrey, African Genesis

I'd have to argue strongly with the last sentence of that otherwise insightful quotation. I'd say that the human species of planet Earth is known among the stars, if at all, by the insanity of its headlong rush towards its own destruction.

During the past week we've watched a 3-DVD set of Holocaust. This was a TV mini-series first aired in 1978, and has been, without doubt, the most painful to watch of any film I've seen in my entire life. I knew I couldn't, and shouldn't, "chicken out" part-way through, though.

Watching Holocaust has reminded me (if I needed to be reminded) that the human race is rotten at its core. Should we need even more evidence, we can look to news items from Sudan, Congo, Tibet, or a long, long list of historical instances of horrific dealings, human against human, throughout our relatively short tenancy of planet Earth. And if, at some point, a particular group or "tribe" appears to be on the side wearing the white hats and fighting evil - it's part of the pattern to see that same "tribe" slickly ducking into the black hats of oppressors and finding them a nice snug fit - in no time at all.

Because of our shared rotten core, over the centuries a few rare individuals, a scant few who must carry a mutant, sane and peaceful gene, have tried to point out a better way for humans to live. What happened? Their followers formed "tribes", the "tribes" killed one another.

Humans, in spite of their common species, tend always to gravitate into groups, "tribes". This has to be in our genes, our DNA. The "tribe" effect even happens in astrology. Sun sign astrology retains its hold on fans because so many wish to categorise themselves and others by "star signs", and find it hard to get out of that rut. When they widen their knowledge of the subject, a broadening of perspective and better understanding of themselves and others usually follows. The same broadening of perspective would surely be available in all areas where a "tribal" mentality persists?

"Our true nationality is mankind", wrote H.G. Wells, long ago. He was well ahead of the curve! I've often thought that we - we as in the human race - will not fully realise and embrace our common humanity until we are faced with "other" - living beings not of planet Earth. That could happen tomorrow - or never. I hope we shall not ever be visited by "other" though, because, if humans' past record is anything to go by, "other" would not be welcomed - they would be destroyed.

There isn't a solution, nothing to be done but to do our best with what nature has given us. There never will be a solution. Our particular mix of stardust ingredients have formed, and will continue to form, the complexities of our human nature and our, probably complex, destiny. Our species was an unfortunate accident of Nature.

“This is the very worst wickedness, that we refuse to acknowledge the passionate evil that is in us. This makes us secret and rotten.”
~D.H. Lawrence

Well! I believe I've just been insulted!
Rotten to the core? All of us? I don't know.

This made me think of a video I saw recently. A little off topic ...
Forgive me if I've already shared it with you.
http://youtu.be/O1nSuWztIrY

GP: Twilight, I wonder, why, having all the stars at your disposal to understand 'better', why dwell on the dark side of humanity?

Even terrible events like the Holocaust contain a 'positive side of the coin': Human consciousness of what can happen, when blindly following fanatics, was in fact enhanced by the Holocaust. At a terrible price for many Jews. But the pendulum having swung so far, something for sure changed in this inperfect world. And this, we hope, will continue. Very slowly, but all the time.

We have no idea, living today, what horors there were e.g. under the Roman Empire (for all non-Romans), during the Middle Ages, the Inquisition (especially here in Latin America), etc.

Something, imperceptively for most, is improving. When RR called Gorbatchev to 'pull down that wall', I thought we had some progress. But these events only happen sparcely. So we tend to forget that there are positive forces at work as well.

Kaleymorris ~~ This isn't about individuals though, it's about the species as a whole. It's about the impression some alien race might perceive if viewing events from the dawn of man on Earth 'til now in fast succession - in the manner of one of those old books where you could fan the pages with your thumb and watch the pictures move.

An overall impression perceived would have to be negative.

I think we must own this, accept it.

Thanks for the link. Interesting - but he's really just patting himself, and the species, on the back. We can't do this without owning the other, dark side of our nature.

Gian Paul ~~ I am inclined to dwell on the dark side because it's there GP, and no amount of excuses or apologies will take it away.

The pendulum didn't swing very far back for long - did it? Taking the whole world into consideration, it didn't. as I mentioned, look at Sudan, Congo, Tibet - the horrors there and in many other countries still continuing.

Look at today - the USA - sending drones to kill innocent civilians....at the hands of those who like to pat themselves on the back for their progress and brilliance.

I'm sorry, but watching Holocaust re-opened my eyes to much more than the horrors of World War 2.

There have always been horrors since Day One, because of our core, inherited from our place in the universe and the stardust which spawned us - there always will be horrors.

There are lots of people emphasising the positive, so many in fact that we tend to forget the rest of the story.

Excellent post, T. Yes I believe as you do. Interestingly this week is the Titanic week and the hoopla is astonishing around the so called 'romantic' notion of the catastrophe and ignoring the dark side. Isn't that what we do?
XO
WWW

Wisewebwoman ~~ Thanks WWW - glad I'm not alone in my, rather dismal, thoughts.

Titanic - yes, I hadn't realised it's the 100th anniversary of the disaster 'til now. I thought the hoo-ha about the movie being shown in 3D etc. was just another money-making effort. There wasn't much romantic about the real thing - The thought of ever being on a cruise ship (or any ship) fills me with horror, for several reasons, titanic is one of 'em.

Twilight: I have been where you are so, so many times. This Scorpion acknowledges and faces the dark and it does seem hopeless and overwhelming. But I do not believe that we are evil at the core. We are Divine at the core, and it takes hard work to dig through the evil to find it. I wrote a poem many years ago, as I was beginning to look at my own darkness, which describes the core:

I do believe that there is a growing number who are realizing this for themselves, for all of us.

MamdyM ~~ Thank you for that, Mandy. Your thoughts are much appreciated and the wisdom in them is gladly acknowledged. Perhaps my calling it an evil core is a bit excessive. That there's a good helping of evil in our mix is possibly nearer to the truth.

What's important, I think, is that we keep in mind, always, how easy it can be to slip from the goodness (or as you term it Divine) mode into the darker side (when I say we I don't mean you and I or any individual) we as humans. This was brought home to me so clearly watching Holocaust (the TV series). How formerly sane-seeming Germans could transition into either hell-hounds as evil as they come, or everyday people apparently unaware and didn't want to be aware of the evil around them. That's the danger of kidding ourselves we are not really that bad. We can be -any of us.

There are at least three of us who feel similarly about humankind. When I watch the US news media telling of the glories of its military achievements (or not, as the case may be), and finally ending the program with some individual 'do-gooder' from an insignificant small town 'making a difference', I see a metaphor for the human race. The mass of humanity is fighting itself, while dotted here and there are lone individuals desperately trying to make a difference, and doomed to failure.
As a species we are so obsessed with our own selfish power struggles that we're oblivious to our planet's reaction to its abuse.
We can go on patting ourselves on the back and believing we are the pinnacle of creation, right up to the moment of our extinction.

RJ Adams ~~ As so often you do, RJ, you hit the nail on the head exactly.

At least now, I know I'm not going right off my rocker with these dark thoughts. (That had crossed my mind!) :-)

If you reverse the gnostic conception of whom the enemy is and look at the ones who are real enemy, then "human" is hardly an apt description of that species.

James Higham ~~ as often happens, I don't quite understand you. ;-)

Maybe you're referring to the David Icke idea of reptilian entities in charge of us all. I don't go along with that unless used as a metaphor.

I go the way of simplicity - life arose from an accident of Nature, involving the ingredient mix and conditions present at a certain time on this particular planet. The original spark of life evolved, slowly to our eye but fairly quickly in the grand scheme of things to become, via fish, birds, apes etc etc US, and we embody all the elements of good and bad that our mix of ingredients can bring forth.

Intellectuals have struggled over centuries to make sense, make excuses, find reason....I believe there is no reason, no divinity, no grand plan by any creator, no reason or plan other than those we construct for ourselves or are constructed for us by those with an over-abundance of certain ingredients in their mix.