Grace & Fury in Myth and Dance

Last week we attended a performance by the Nai-Ni Chen Dance Company at our local theatre. Dancers were cross-cultural: from China, Moscow, New Jersey, Korea, Cuba, Japan, and California , their choreographer and artistic director is Nai-Ni Chen who was a renowned traditional dancer in the Republic of China and served on several ambassadorial culture missions around the world. The show was a blend of traditional and modern dance.

Looking through the photographs my husband managed to capture with his pocket camera during the performance brought to mind an old post of mine featuring the Three Graces and The Three Furies. Dug it out, combined an edited version with our photographs. 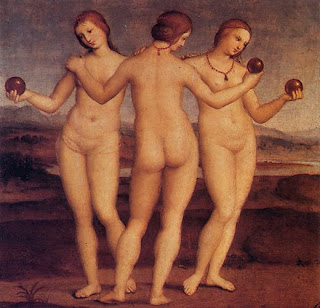 One of Raphael's paintings depicts The Three Graces. In mythology these were goddesses, daughters of Zeus and Eurynome, said to rule beauty and charm in nature and humanity. Aglaia represents radiance or splendor. Euphrosyne represents joy. Thalia represents fruitfulness or good cheer.


Which planets might the three sisters personify ? I'd guess Sun for radiance and splendor, Venus and Jupiter for the other two, not sure which is which though.

We all embody a potential for both grace and fury.


Here, with delicate grace the dancers performed Raindrops: Choreographer Nai-Ni chen drew inspiration from her childhood memory of the Taiwanese city in which she was born, Keelong, also known as the "Rain Harbor". 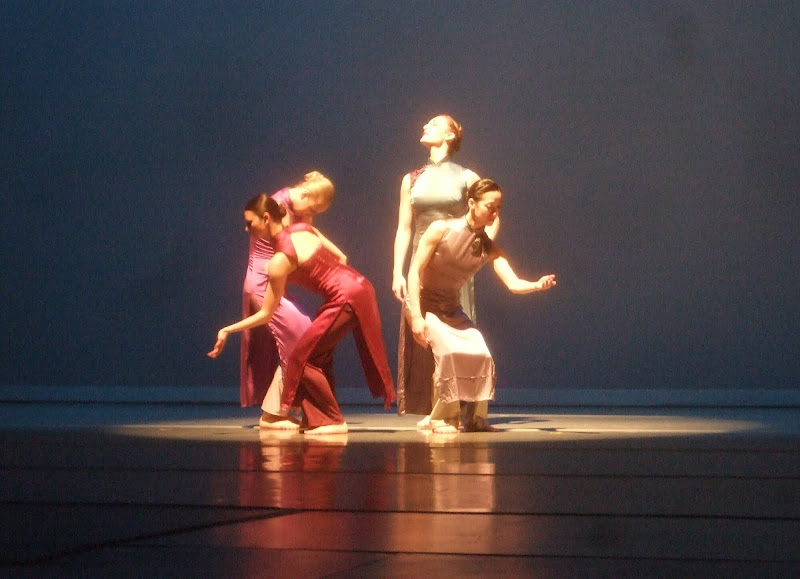 The exquisitely graceful and elegant Peacock Dance. The peacock is considered a sacred bird among the Dai people in the Yunan province. Movements derive from real actions of the peacock - drinking water, walking, running, grooming feathers.
Dancer was Min Zhou. 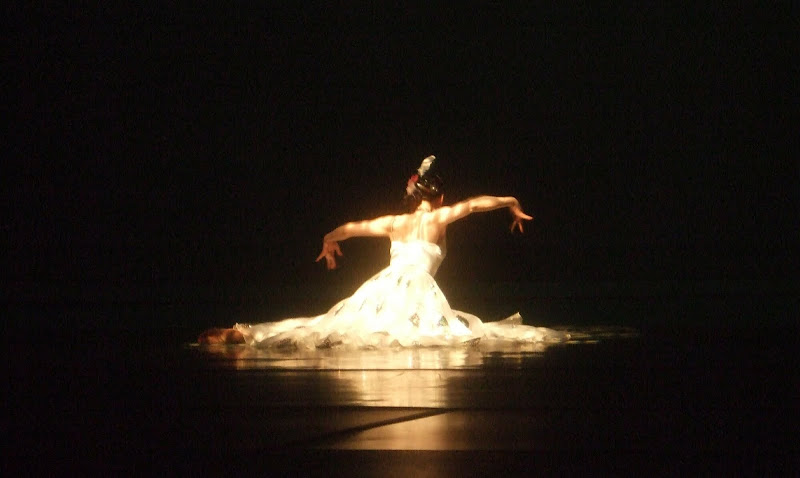 There was a lovely dance: The Way of Five - Fire which we didn't manage to capture. The photo is from the Dance company's website linked above.

A leaflet provided tells that this was Nai-Ni Chen's first exploration of the ancient Chinese theory that the cycles of creation and destruction correspond to the ever-changing phenomena of nature. the "Five" refers to the five elements: wood, water, fire, metal and earth. Each element as part of the forces of nature, creates another in harmony and destroys another in conflict.

(I wonder why Chinese elements do not include Air, as in astrological elements in western tradition?) 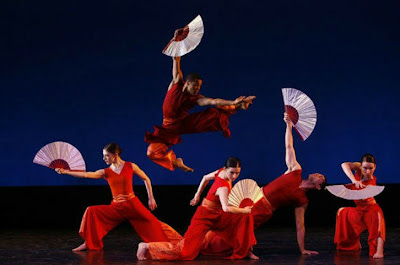 And so to The Furies: 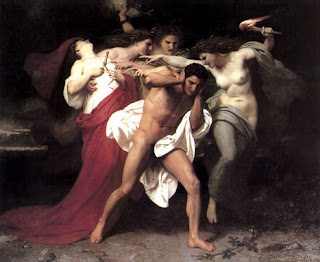 Another trio - The Three Furies, the Greek Erinyes, daughters of Gaia (Earth) sprung from the blood of Uranus could be said to represent the shadow sides of the Three Graces. This painting is by W. Bouguereau Orestes and the Furies. Tisiphone (avenger of blood) Alecto (the implacable) and Megaera (the jealous one). Said to be merciless goddesses of vengance whose punishments continued after death. Which planets might carry the attributes of these three lovelies? Mars, Saturn, and what about "the jealous one"? The Moon, perhaps? I tend to give the Moon a positive interpretation, but in tarot,the Moon card isn't one of the true "goodies". The Moon is changeable, temperamental, could easily be jealous. Yes, I'll choose the Moon to represent "the jealous one".


In dance:
Lu Wen-Long, the Warrior. (A Warrior is nothing if not a symbol of fury!)
This dance is taken from the 500 year old Chinese Kunqu Opera. Legend goes that Lu Wen-Long was abducted from his Han military family by Manchurians, grew up among enemies of his family. After aiding the Manchrians in many victories he defected to become a famous general of his own Han people. The high platform shoes of his costume, and head dress of long bird feathers symbolise a courageous young general. The short white stick symbolises his white horse, and the double spears are his special weapons. Dancer: Yao-Zhong Zhang. 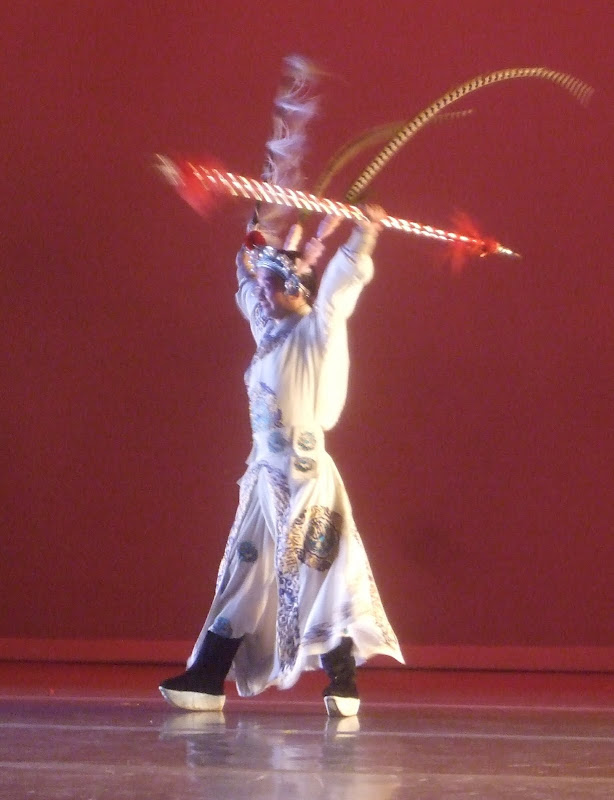 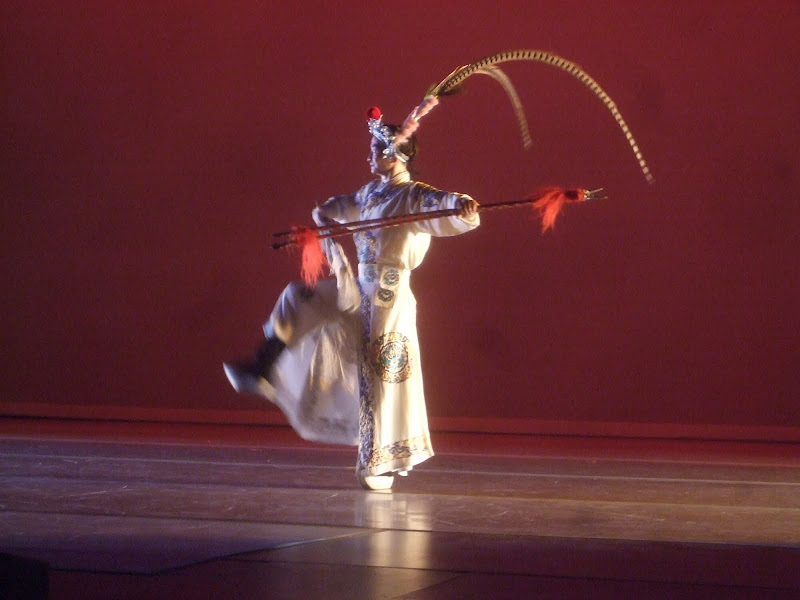 The Lion Dance (not exactly furious though) - Said to have originated in the Tang Dynasty 3,000 years ago. Seen as a prayer of peace because during the dance a child playfully leads a beast. Child and beast playing together symbolises harmony on earth. The Lion Dance is always performed at Chinese New Year. there are many different styles of the Lion Dance, this was the northern style. 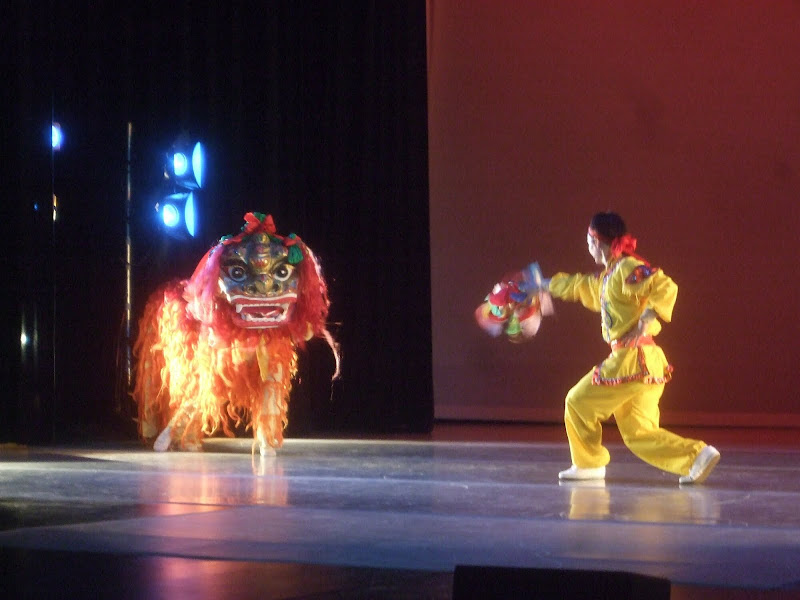 The show finished with a colourful dance, Festival, based on the Dragon Boat summer festival. The spinning, floating ribbons symbolise prosperity of the village. 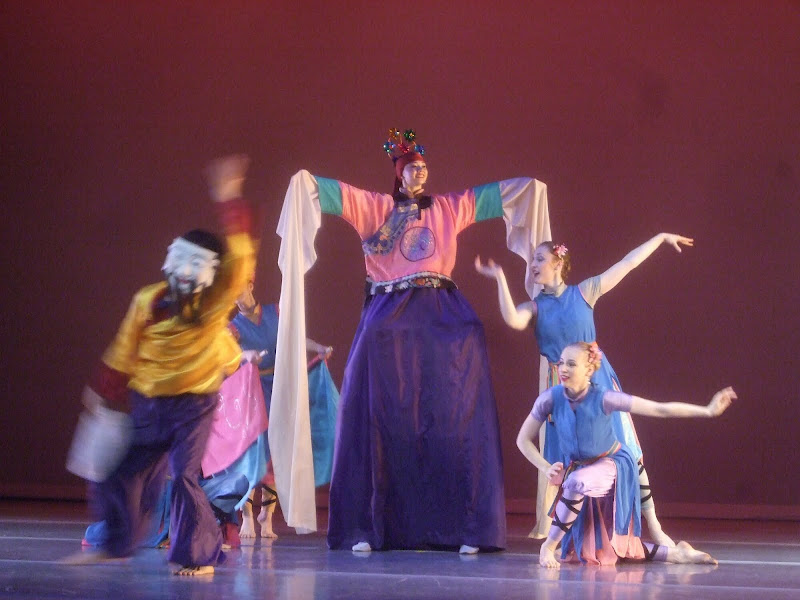 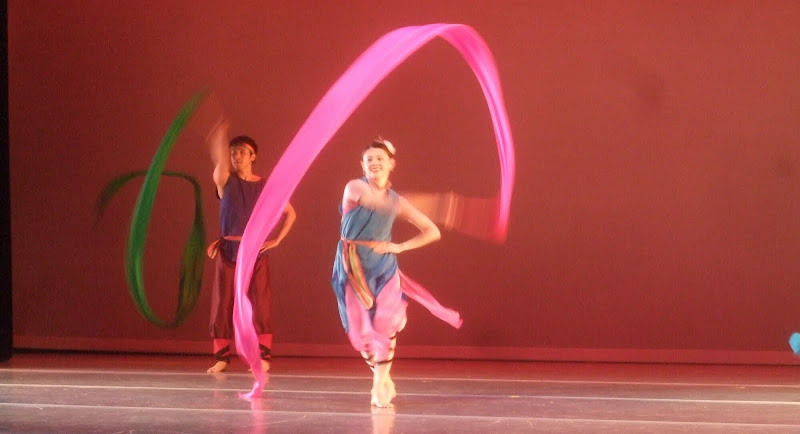 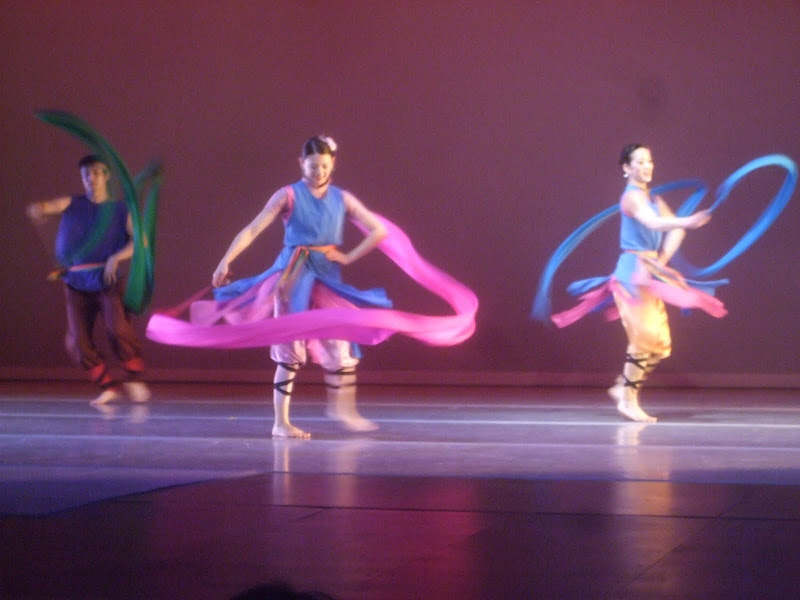 How incredibly beautiful! Lovely how you tie it all up in a gift like this!
XO
WWW