Looking up at the stars,
I know quite well
That, for all they care,
I can go to hell,
But on earth indifference is the least
We have to dread from man or beast.

How should we like it were stars to burn
With a passion for us we could not return?
If equal affection cannot be,
Let the more loving one be me.

Admirer as I think I am
Of stars that do not give a damn,
I cannot, now I see them, say
I missed one terribly all day.

Were all stars to disappear or die,
I should learn to look at an empty sky
And feel its total darkness sublime,
Though this might take me a little time. (W.H. Auden, 1957) 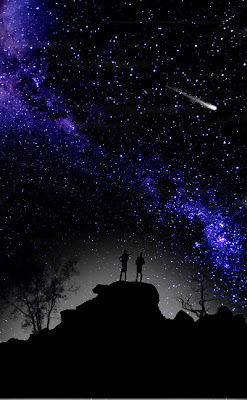 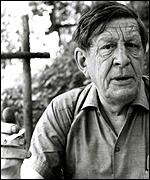 W.H. Auden, renowned poet, born 21 February 1907 in York, England, died in Vienna, served in the Spanish civil war, but left England at the outbreak of World War 2 to live in America, became a US citizen in 1946.

"His early work was socially committed left-wing writing. He read Marx and Freud, but was also influenced by the need to conceal that he was writing about his and his friends' homosexuality, which was illegal at that time. Later, he began to turn away from Marxism towards his mother's faith, which left a mark upon his poetry" (More HERE) 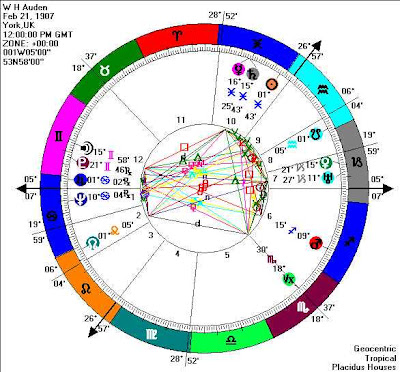 A poet with three planets (Sun, Mercury, Saturn) in romantic, imaginative Pisces. He was one of the ultra- talented Pluto in Gemini generation, I bump into them regularly on this blog! His natal Sun exactly trines Jupiter in Cancer, while his Mercury Saturn conjunction is nicely sextiled by Venus conjunct Uranus in Capricorn. There's an opposition to Venus/Uranus from Neptune, but Neptune also trines Mercury/Saturn - so his chart is well integrated in Watery-Earth. Moon in Gemini (degree not known) and Mars in Sagittarius draw in a little Air and Fire.

Auden's transition from left-wing socialism to devout Christianity seems to indicate that he needed a background of structure and dogma in his life, perhaps this is indicated by Saturn (structure, rigidity) conjunct Mercury (the way his mind worked). Both are in the mutable sign of Pisces, so although he may have craved structure he was not averse to a change of dogma! It's interesting to note, too, that he has no natal planets in Fixed signs. The anomaly of volunteering to serve in the Spanish civil war, yet declining to remain in England, the country of his birth at the outbreak of World War 2 is a curiosity - another manifestation of the predominantly mutable temperament?
Posted by Twilight at Sunday, November 04, 2007