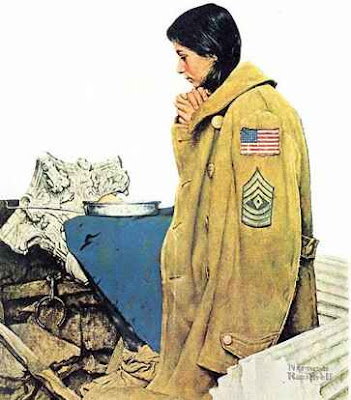 No astrology, only memories on this Memorial Day Weekend.

Although I'm not American, I too owe a debt of gratitude to the American servicemen who, during my early childhood in World War 2, came to the aid of Britain. Many fell in action, and the majority of those who were fortunate enough to return home will by now have passed on. Without their assistance to our own brave military men in those dark days, it's hard to know how Britain could have survived.

The above illustration, by Norman Rockwell, is dedicated to them all. It was originally issued for Thanksgiving 1943, but it's equally apt this weekend.

That was then, though. This is now. In the current situation:
"Honour the dead, heal the wounded, bring the troops home."

Also, in remembering my own loved ones, I think of some lines from a Tina Turner song :"Something Beautiful Remains"

We're living in world, stars and dust
Between heaven 'n all that surrounds us
We're travellers here, spirits passing through
And the love we give, is all that will endure
Hey now, what we had is gone
But I still remember you
Just like a rose after the rain
Something beautiful remains 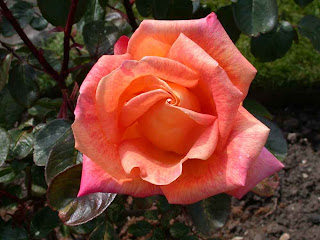 Tears will leave no stains
Time will ease the pain
For every life that fades
Something beautiful remains
Posted by Twilight at Sunday, May 27, 2007