Life and Astrology After 60 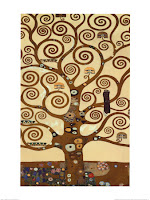 Casting around the internet for inspiration, I noticed a some queries about astrology, posed last year on what appears to have been a discussion forum. (alt.astrology.moderated)

One question caught my eye: "Is astrology a moot point after 60?" There's a further query in the thread: "Is life basically over by the second Saturn Return?"

A brief discussion follows on whether transits become less effective, and whether outer planet transits might be the only things worth watching during "senior" years.

I found the questions strange. Why should the application of astrology change at age 60, or at any age ? Why would life be over after Saturn Return #2? A page turns and a new chapter begins, the book doesn't end - it gets more interesting. Mine did. My husband's did. My parents' did. For many people the second Saturn Return heralds retirement from a lifetime of work - FREEDOM!! Life basically over? For goodness sake - it's just beginning!

Something I read yesterday backs up my opinion. Paul McCartney has a new album coming out, reviewed by R.J. Eskow, it's called "Memory Almost Full". Mr. Eskow says, among other things:

"The musical vitality of this album is life-affirming in what are often dark days. Paul has lost none of his gifts at aged 65. That should prove inspirational to legions of depressed boomers who think their lives are all but over."

Regarding transits - in my own, very personal view, transits of the outer planets, including Saturn and Jupiter, are the only ones to which it's worth paying rapt attention, whatever one's age. Even then, it's best if the attention doesn't become rapt enough to make one paranoid. Even the most ardent fan of astrology should repeat, once a day, "Astrology is not 100% accurate". (When it is accurate though, it's breathtaking!)
(Illustration = Tree of Life by Gustav Klimt)
Posted by Twilight at Thursday, May 24, 2007

I agree with you. That is downright bizarre.

Isn't it the Uranus Return around age 84 which marks the time when childhood memories and issues no longer hold sway (being of the Past--and perhaps old timer's disease is setting in anyway)?

Thank you, Elsa and Jude !

Yes, I suppose that by age 84 most are nearing "completion" nowadays - though with improvements in medicine, who knows which cycle might soon be in tune with human life spans. One day (if man survives), perhaps he'll even live through a Pluto cycle...what a prospect that would be!