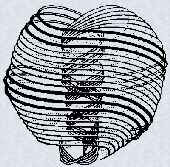 "Do Cosmic Forces Control life on Earth?"
I found that this article provided much food for thought. If those scientists are right, then isn't this a pinprick of light at the end of an astrological tunnel? Of course, even if the theory were correct, it would not automatically validate astrological doctrine. It could be a starting point though.

The fine detail of astrology will, in my humble opinion, never be capable of proof. I often feel that much of astrology is superfluous anyway - the product of centuries of attempts to unravel a mystery. It's all we have, and we pick and choose from it the bits that make sense to us personally. I just know that astrology is a natural phenomenon, which man will be able to fully understand, one day in the far distant future (should the human race survive long enough). Until then we shall muddle along as best we can with the tools available.

The last paragraph of the article states

If future studies confirm the galaxy-biodiversity link, it would force scientists to broaden their ideas about what can influence life on Earth. “Maybe it’s not just the climate and the tectonic events on Earth,” Lieberman said. “Maybe we have to start thinking more about the extraterrestrial environment as well.”