E.B. White: Mixing Elegance of Virgo with Softness of Cancer. 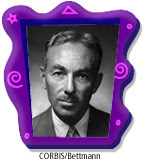 
E.B. White has been popping up all over the place this week, attracting my attention, calling "Hey, you've blogged my friends, Thurber, Nash, Parker et al - what about ME?" Sorry, EB ! Here it is!
ASTROLOGY: Sun and Venus in Cancer. Mercury in Leo. Moon and Mars in Virgo. Jupiter in Scorpio, Saturn in Sagittarius. Pluto and Neptune in Gemini, Uranus in Sagittarius.
I notice that his Mars in Virgo is sandwiched between Moon at 1* Virgo and Jupiter at 0* Scorpio. His Cancer Sun and Leo Mercury are sandwiched between Moon (again) at 1* Virgo and Venus at 1* Cancer. To me this feels as though he is protected, cocooned by benefic influences. That's probably fantasy but there is a softness in his chart. His Saturn is at 18 Sagittarius trine his Leo Mercury, opposing Pluto in Gemini, all good for a professional writer! Jupiter trines Venus, which no doubt contributed to his long and happy marriage.

BRIEF BIOGRAPHY:
Elwyn Brooks (E.B.) White began his writing career as a reporter and he ended it as one of the most celebrated children's authors of his time. He created Stuart Little (1945), Charlotte's Web (1952) and The Trumpet of the Swan, all considered children's classics.
In an interview, E.B. said that he began writing "early--as soon as I could spell." After graduating from Cornell University in 1921, E.B. began his professional writing career. He worked as a reporter for the United Press, the American Legion News Service and the Seattle Times. His wisest career move came when E.B. joined the staff of the New Yorker. Not only did he publish editorials, verses, and essays, but he also met other writers such as Dorothy Parker, James Thurber and Robert Benchley.
E.B. married Katherine Sergeant Angell in 1929. Together, they had one son. . In 1939, the Whites moved to a farm in North Brooklin, Maine, where E.B. continued to write. He said the animals in his barn gave him ideas, and also helped dispel the depression he sometimes felt. While living in Brookline, E.B. published his three famous children's books. He also revised William Strunk, Jr.'s manual The Elements of Style, which was published in 1959.
E.B. White won many awards for his writing, including a special Pulitzer Prize in 1978. He died on October 1, 1985, of Alzheimer's disease. http://www.suite101.com/article.cfm/classic_literature/33400
Another biographical note states:
"When E. B. White was young, every child in his school had to give a speech or recite a poem. White worried about this assignment all year long. He was so embarrassed to speak in public that whenever he was asked to speak, he would write a speech and have someone else read it aloud. "
His Cancerian Sun and Venus could well have been responsible for early shyness, but I'd say they were later a major influence in his 48-year long and happy marriage.
Born under a writers' sky, E.B. White had Pluto and Neptune both in Gemini, with Moon and Mars in Virgo and Saturn trine Mercury. Natural structure and discipline is apparent there. Jupiter trine Venus may be his link to publishing - his books are still in print today. A quote from a touching interview in the New York Times after his wife's death nicely shows his Virgo influence:
"As he warmed to his memories of Katharine, he would act her out--his wife reaching for the phone with one hand and a cigarette with the other, rolling up her long hair "around and around like this" and putting in many pins, cluttering up the sofa and coffee table with her papers. "She was impervious to disorder," said this tidy man. "I'm neat--I can't start work on something unless I clear the decks."
.....................................................
I feel sure that E.B. White was a dear man. I look forward to reading "Elements of Style" in the hope of learning to emulate his elegance, to some small degree. I'll conclude with a couple of quotations from him - still so apt today:
"I would feel more optimistic about a bright future for man if he spent less time proving that he can outwit Nature and more time tasting her sweetness and respecting her seniority."
and
"The time not to become a father is eighteen years before a war."