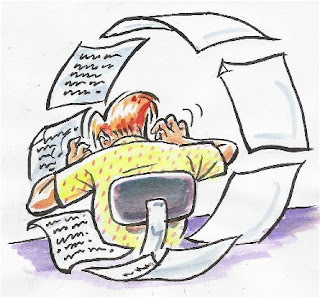 A recent search for information about various writers and novelists illuminated an unexpected side issue.

In my blog entry relating to James Michener I noted that he seemed to have amazing foresight. Several of his novels featuring a particular country, in depth, were each followed some years later by the same countries coming into prominence on the world stage. In a long interview here:http://www.achievement.org/autodoc/page/mic0int-4
he said "I think that some of us have a deep seated sensitive antennae about what is going to happen."

I had decided to look into the biography of Nevil Shute, author of one of my favourite books "A Town Like Alice". I discovered that Shute wrote a couple of novels which, later, seemed to have been prophetic. "No Highway" published in 1948 dealt with what might happen due to metal fatigue in aircraft. His ideas came close to fact with the Comet disasters of the 1950s. "What Happened to the Corbetts" also published as "Ordeal" was written just before the start of WorldWar2. It tells how badly aerial bombing affected a town similar to Southampton, in the south of England, and how the bombing of civilians became a major part of the war. British people of a certain age will have no trouble recognising this as fact! His novel "On the Beach", a story of the world ending as a result of the explosion of atomic bombs, thankfully has not yet proved prophetic. It could still be "pending" however, should people forget the warning bells it rang! Shute also touched on a slightly supernatural theme in a novel called "Round the Bend" in which an aircraft mechanic becomes the mystical leader of a religious movement.

Seeing a slight correspondence between Michener and Shute, I searched around for other instances of novels which seem to portray events which later came to pass in real life. It appears that American writer Morgan Robertson produced an early example in his story "Futility" . He told of a ship called Titan which sank in a way eerily similar to The Titanic, 14 years later. When this book was written there were no ships of such enormous size being built. Robertson also appeared to be crystal-gazing when he later(1914) wrote a book called "Beyond the Spectrum". In this book, he described a war in the future, fought using aircraft which dropped "sun bombs" on their targets. These were powerful enough for a single bomb to destroy a city. When this book was written, aeroplanes were small, flimsy, and unreliable machines capable of carrying one person. Nuclear weapons were still unimagined. Robertson's war began in the month of December, as did the Japanese attack on Pearl Harbor which brought the USA into WW2.

There are, of course, common sense explanations for the authors' apparent ability to see into the future, these men were not deliberately trying to predict events, as far as we know.

Michener didn't foresee actual events, but was drawn or inspired to write about countries which later came to prominence for one reason or another. He was widely travelled, highly intelligent, politically minded and had lived in all the countries he wrote about. Common sense would say that he was "putting two and two together" with a bit of Aquarian intuition.

Shute was a skilled aeronautical engineer as well as novelist. He had technical knowledge more than sufficient to foresee possible outcomes where the area of his expertise was involved. "An accident waiting to happen", in the case of metal fatigue, and some extrapolation of known facts in the case of aerial warfare ?

Robertson was the son of a ship's captain and spent some time as a cabin boy himself, so the sea was "in his blood", he had no doubt heard some tall tales from the old salts he must have encountered. These, with a little embroidery, might have helped him to invent his ship Titan. His "Beyond the Spectrum" published in 1914 is harder to explain.

Those are explanations for the sceptics. Someone more open-minded, and sensitive to peculiar coincidences like these, might see a different explanation.

Novelists and short story writers continually tap into vast resources of imagination. For hours at a time, on a regular basis, their minds are "elsewhere", concentrating outside of mundane events. Isn't this akin to meditation? Could it be that as they concentrate so intently in realms of the imaginary, coloured with knowledge stored in their memory banks, they somehow seep through a time barrier or into another dimension?

Any correspondences in the natal charts of these three writers in question could help in finding an explanation.

Using my limited astrological skills, without the aid of a safety net - I mean time of birth, concentrating on major aspects, and placements only ....drum roll:

1. All 3 writers have Sun and Mercury in the same sign (not uncommon.)

2. Uranus opposes Pluto(Shute), Uranus opposes Neptune(Michener) and Uranus squares Saturn/Jupiter(Robertson). The first two are generational, but might still have significance.

3. In Robertson's case Neptune opposes Sun. Shute and Michener both have Neptune and Sun inconjunct.

So.... attention is drawn to the outer planets, especially Neptune's links to the Sun. (The orbs are a bit wide, but Neptune is slow, so perhaps it's OK.)

I doubt that opposition and inconjunct aspects are obvious choices to produce the effect in question - but who knows? It's said that Neptune represents imagination, among other things, and mysticism. Maybe the push-pull of an opposition, or friction from an inconjunct aspect in a natal chart can produce an effect in the mind of the native strong enough to push aside the "veil" of present reality. This effect would be most likely to show up when those with such aspects engage in mental activities which need acute concentration. An interesting subject to research !

Morgan Robertson, the writer with Sun and Neptune in opposition, dispayed the most surprising ability of the 3, but the other two writers do show lesser, or more explainable abilities, which are still remarkable.

Perhaps the best explanation (for now) is that intense concentration of a mind with certain Neptune/Sun energies built-in, and knowledge in specific fields, gained from experience, can result in reasonably accurate prognostication.
It sounds reasonable enough to me!
Posted by Twilight at Sunday, December 10, 2006