Astrotheme's extensive lists of dominant Planets and dominant Signs in the natal charts of famous people offer some interesting insights. These lists are different from the usual "celebrities who are Librans, or Aquarians, or whatever" types of lists, based purely on birthdays and Sun signs.

The Sun has just moved into the zodiac sign of Aries, so I've compiled a list of the best-known names of folk with Aries or Mars (ruler of Aries) dominant in their natal charts. Those in the lists below have from 80% to 40% of the zodiac sign, or 30% to 20% of the planet in their personality, so potentially offer a clear representation of the Aries/Mars type.

Keywords are a good way to briefly describe the heavily Aries/Mars personality, the good, the bad and the ugly of this, the first sign of the zodiac. From Manly P. Hall's "Astrological Keywords": courageous, enthusiastic, energetic, proud, excitable, impulsive, hasty, quick tempered. Executive, enterprising, pioneering, confident, independent, aggressive, competitive, dictatorial. From me, married to an Aries Sun person, and myself with Moon and Saturn in Aries: spontaneous, humorous, not complicated or deeply mysterious - what you see is what you get.

In previous months I've used a video compilation with photographs of the individiuals listed, this time I decided to list the names and add a video from YouTube featuring two of the individuals named here. 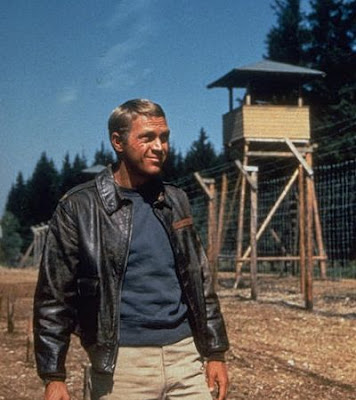 Of the Aries dominant people, for me, Steve McQueen personified Aries in his role in "The Great Escape". His one-time wife, Ali MacGraw, is in the same list with Mars, Aries' ruling planet dominant in her chart. I loved watching Steve in any movie he made. In the Music section, Gordon Macrae was another, very early, heart-throb of mine. And in the Art section - William Morris is an all-time favourite artist/designer. I put it down to my Aries Moon!

Here, in a video from YouTube, two for the price of one - Barbra Streisand (Mars dominant) and Celine Dion(Aries dominant) singing "Tell Him"