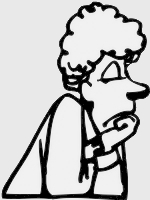 I have a long-held distaste for segregation of air travellers into 1st Class/Business/Coach (or whatever categories are in vogue at any time), but I haven't travelled by air since 2005, when I had to ease homesickness with a couple of visits to England.

During my working life in England we'd travel by air to vacation locations once or twice a year. The "segregation" on those planes was fairly mild, but it still rankled. Sometimes we'd need to walk through the 1st class area to reach a loo; we'd see the better food, the grapes, the very luxurious and spacious seats, and make uncomfortable comparison with our own situations back in "coach". Yes, I know those people were paying more, but "flying them in a separate plane, different schedules would be a better plan", I'd often mutter.

In the same vein, I have irritable memories of travelling to High School, and to work by train, for years, long, long ago and far way. The trains' 1st class carriages had to remain empty even when 3rd class carriages were overflowing with commuters, many of whom were having to stand in the corridors. I often wondered whether there had ever been 2nd class compartments on trains - I certainly never saw any. I suppose "3rd Class" was a preferable label - all the better to remind us of our humble place in the great scheme of things!

So, when I read the following piece in The Guardian yesterday my feelings of severe distaste bubbled up once more: 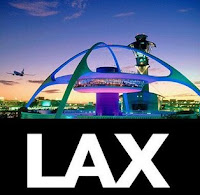 LAX’s mega-exclusive terminal has beds, massages, and an iPad to watch people slog through the main airport. But the manager denies it’s about inequality.

The guiltiest pleasure at Los Angeles international airport’s (LAX) new private terminal [Private Suite] for the mega-rich is not the plush, hushed privacy, or the beds with comforters, or the massages, or the coriander-scented soap, or the Willie Wonka-style array of chocolates and jelly beans, or the Napa Valley cabernet. It is the iPad that sits on a counter at the entrance, with a typed little note: “Here is a glimpse of what you’re missing over at the main terminal right now.”

The screen shows travellers hauling bags through packed terminals, queuing in long lines, looking harassed and being swallowed into pushing, shoving paparazzi scrums – routine hazards for the 80 million people who pass through LAX each year.

Instead of battling the traffic jams that clog LAX you reach Private Suite via the Imperial Highway, leading to a discreet turn-off where an armed guard checks your identity and pushes a button. Tall grey gates open and you enter the haven.

There are 13 suites, each with bathrooms, televisions, drinks, organic snacks, wifi, gadgets and views of planes trundling across runways. There are menus of toys for children and prayer mats for Muslims.

If you spill some cabernet, no worries: pick up the phone and within minutes a man in a blazer will wheel in a cart with Calvin Klein socks, Banana Republic dress shirts, Anne Klein blouses and Steve Madden shoes. If the weather at your destination looks a bit damp help yourself to a water-resistant jacket.

If in need of some Hunger Games-style schadenfreude check out the iPad showing the hoi polloi running gauntlets over at the main terminal.

Wow! That is certainly a pricey way to travel! Well..."you pay your money - you take your choice", as they say. The 1% will lap it up I guess. There's mention in the piece that the idea was inspired by an arrangement at London's Heathrow Airport: "Heathrow’s Windsor Suite, a marbled sanctuary for popes, presidents and other VIPs tucked in a corner of Terminal 5." It'd obviously be a definite no-no to have Popes, reigning monarchs, presidents etc. with their bodyguards in tow, roaming around the halls and waiting areas with ordinary travellers. The reasoning behind this amount of pure luxury at LAX, however, is not quite the same.
Posted by Twilight at Saturday, May 13, 2017

The *mega-rich* users of the new terminal are the bottom end of the 1% because they are flying first class in commercial aircraft. Those in the middle to top 1% have their own private jets and are chauffeured to and from the tarmac in limousines or their private helicopters. You'll never see them at all. It has become trendy for the rich to fly commercial first class to give them the appearance of commoner - it must pain them. Many users of the new terminal are not only rich, but famous, travel with an entourage, and their very appearance in public causes congestive mayhem from the common Joes. First class vs coach isn't any different than those shoppers that buy filet mignon instead of 85% fat ground beef at the grocer's or off the menu. The difference is that ground beef can be made into something savory, but the flying coach experience cannot.

Separate flights for first class ... yes, that seems like a better plan. Except the posh people would probably end up with the best pilots.

Vanilla Rose ~ Yes, wouldn't they just!? And the newest, best maintained planes, best schedule times. While coach passengers' flights would be taking off in the middle of the night from some God forsaken airport, one very difficult to access. ;-(