Oskar Schlemmer, a 20th century artist who, being born either too soon or too late, fell foul of the Nazis in his native Germany. In 1933 he was dismissed from his teaching post and declared "a degenerate artist". From 1920 to 1929 he had been an influential teacher at the Bauhaus - a centre of art and design education, specialising in "machine age art". Schlemmer had taught in the metalwork and scupture class, mainly in the school of design.

During World War II Schlemmer worked at the Institut für Malstoffe in Wuppertal. The factory offered Schlemmer and a few of his peers the opportunity to paint without fear of persecution. Towards the end of his life, in a kind of "inner exile" he painted a series of eighteen small, mystical paintings: Fensterbilder (Window Pictures, 1942) while looking out from the window of his house, observing neighbors engaged in domestic tasks, two examples are among the images below. These were Schlemmer's final works before his death in 1943.

Oskar Schlemmer was painter, sculptor, stage designer and choreographer, strongly drawn to the theatre, and dance. He saw ballet and pantomime as free from the historical baggage of theatre and opera, offering him an opportunity to present ideas of choreographed geometry, man as dancer, transformed by costume. In painting, sculpture and design he reduced the human figure to a mechanistic geometric manikin. He was working during the time several of his contemporaries in the art world were experimenting with cubism. He was inspired by this new, geometric, vision of art.

Schlemmer's best-known work is probably the "Triadic Ballet" in which actors are transformed from the normal to geometric shapes. The ballet became the most widely performed avant-garde dance show of the time. 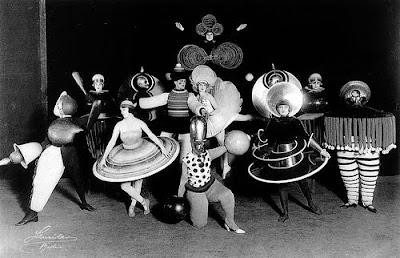 "If today's arts love the machine, technology and organization, if they aspire to precision and reject anything vague and dreamy, this implies an instinctive repudiation of chaos and a longing to find the form appropriate to our times."

"Life has become so mechanized, thanks to machines and a technology which our senses cannot possibly ignore, that we are intensely aware of man as a machine and the body as a mechanism. In art, especially in painting we are witnessing a search for the roots and sources of all creativity; this grows out of the bankruptcy brought on by excessive refinement."


I was quite surprised to find that Astrodatabank has full birth data for this relatively unknown or forgotten artist :
Born 4 September 1888 at 6:00 PM in Stuttgart, Germany 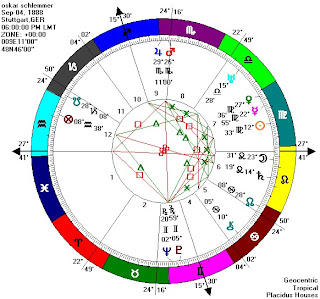 Was he a Virgo-type? I've found little or no information about his private life, so all there is to go on is his work and style. Sun Mercury and Venus in Virgo , three of the most personal planets of all in the sign of a perfectionist - Schlemmer's pull towards perfection manifested in his attraction to geometric imagery - geometry is surely an artistic perfection-seeker's natural tool ? His Sun at 12 Virgo links, by semisextiles in both directions, to Uranus at 15 Libra and Saturn at 14 Leo. Semisextiles, I find, are good for blending disparate attributes. Here perfectionist Virgo traits are blended with the avant garde of Uranus and the mathematical bent of structured Saturn.

Moon in Leo links to Schlemmer's draw to theatrical art. Aquarius rising reflects his pull to be different, novel, seeking to present the unexpected.

He was born into the generation with Neptune and Pluto conjoined in Gemini - so many brilliant and iconic communicators, on various fronts, came from this generation. In Schlemmer's case the Pluto/Neptune conjunction is in opposition to Jupiter/Mars, though "out of sign" in the last degrees of Scorpio. I'm not certain whether this opposition could be said to represent the difficulties Schlemmer faced due to the rise of the 3rd Reich and World War 2 (represented here by Mars/Jupiter) - but along with the challenging square aspect from Moon in Leo to Jupiter/Mars in Scorpio, that interpretation does fit rather well.

Bauhaus Stairway (his best-known painting), followed by other examples of his work. 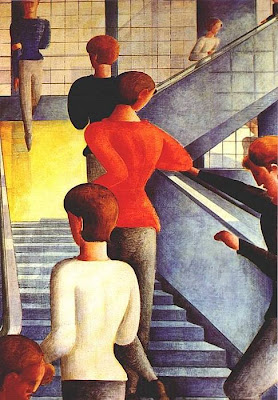 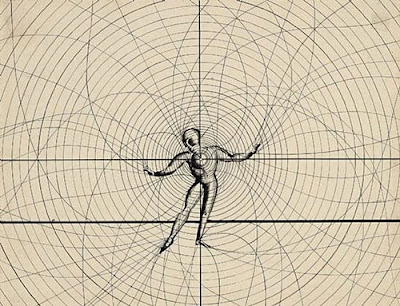 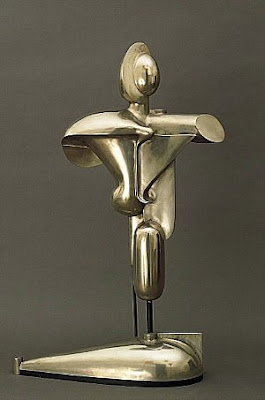 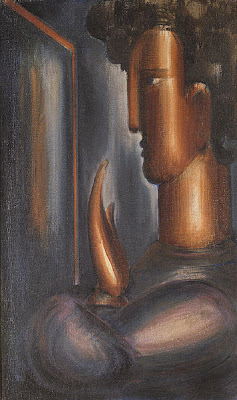 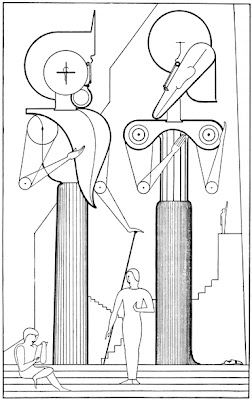 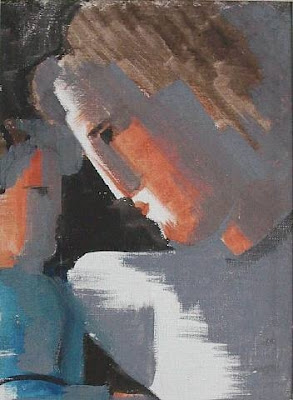 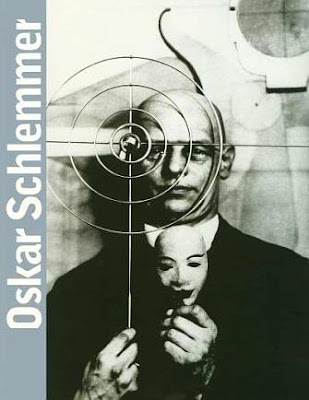 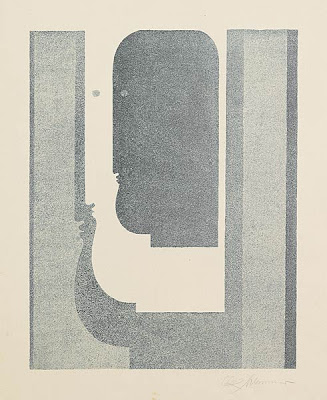 Two from the set of 18 Fensterbilder - his Window Paintings 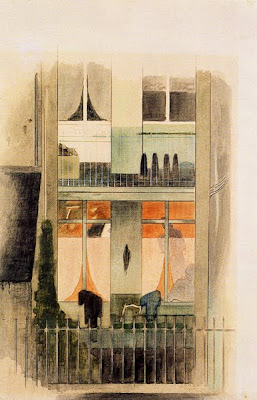 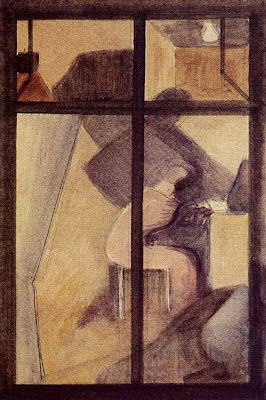 I love how precise, neat and ordered his works are - particularly his 'sketches' appeal. Interesting your interpretation of his Scorp Jupiter Mars high up. My experience when people have Scorp up there with Jupiter, Pluto (the heavies) - is that 'society' and authority really oppress them in the outside world and they are forced to express their energy less directly and obviously.
Thanks for this art lesson - loved it.

diastella ~~~ Hi there!
Thanks for your input - your interpretation of the Jupiter/Mars placement is spot on.

I admire his neatness too, and those stylised heads appeal also.

can i ask where the quotes are from?