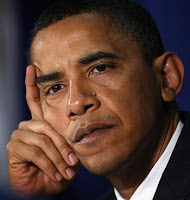 "As Fontaine says somewhere in there, 'Each man is three men: What he thinks he is, what others think he is and what he really is.'"

Those lines are spoken by Christopher Leiningen (Charlton Heston) in the movie Naked Jungle. He purports to quote from Jean de la Fontaine, but I've been unable to pinpoint exactly where Jean de la Fontaine, a famous 17th century French poet who specialised in writing fables, actually wrote that sentence. A much later individual, Jean-Baptiste Alphonse Karr (1808-1890), French critic journalist and novelist is quoted as follows:

Whether Karr was inspired by Fontaine, parodied something he found within a Fontaine fable, or whether Fontaine has been wrongly credited remains a mystery (to me anyway).

What brought me to these ponderings was a blog post at Daily Grand and Sundry (C) identifying "The Three Men of Obama". The blogger does so with accompanying photographs - go see!

I saw an opportunity, as an exercise, to identify Obama's "3 men" from his natal chart. Here goes:


What others think he is
In astrology the "lens" through which a person is seen/and sees the world is represented by the sign and degree rising over the horizon at time of birth. If Astrodatabank has the accurate time, taken from the President's birth certificate: 7:24 PM - Aquarius was rising, at around 18 degrees = 2nd decanate of Aquarius ruled by Gemini. Through this lens he is seen as intellectually sharp, a humanitarian, a good communicator (from the Gemini decanate), somewhat inflexible/stubborn (Aquarius is a fixed sign).

The ascending degree is in challenging square aspect to Neptune in Scorpio which adds a hint of secrecy from Scorpio, and illusion/delusion from Neptune to the perception of this man both from his perspective and ours.


What he actually is, the core of the man is represented by the sign in which Sun was found at time of birth. In Obama's case: Leo, around 12 degrees - second decanate - the Sagittarius decanate. 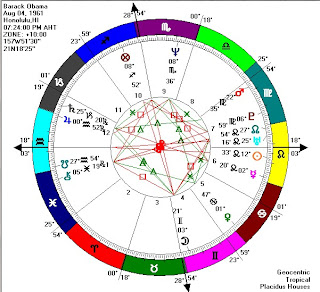 Leo is a Fixed sign, as is his Aquarius ascendant, so an additional indication of inflexibility and a stubborn streak. Mercury (his mental processes), Uranus (ruler of his ascending sign) and North Node of the Moon (a sensitive point in the chart) are all also in Leo, adding very strong emphasis to everything Leo represents.

A straight Leo Sun (i.e. with no conflicting aspects) indicates a person of well-developed ego, sometimes tending towards narcissism or egocentricity, a strong urge to lead or be prominent in some sphere. There's a kindliness and general brightness in the Leo personality too, and Leo's link to children/family (via the 5th house connection) can mean that his children represent, to him, an extension of himself.

The Sagittarius "flavour" of Obama's Leo Sun, coming from Leo's 2nd decanate, adds a love of freedom, urge to "get away from it all" (via travel or vacation), and a tendency to exaggerate.

His Sun, Mercury, and ascendant are all challenged by a square (90 degree) aspect from Neptune at 8 Scorpio. In astrology Neptune has the reputation of manifesting as illusion, delusion, fogginess. In Scorpio there's an element of secrecy, passion/sex involved too. This challenging aspect could skew Leo's clarity considerably, bringing about a definite "delusion of grandeur" effect, not upheld by fact, and an element of secrecy pervading everything.

What he thinks he is
If Astrodatabank's time of birth for Obama is accurate, his natal Moon (his inner self) was in Gemini's first decanate (pure Gemini). Gemini is a Mutable sign - he sees himself as far more flexible than his Sun and ascendant indicate. His inner core sees himself as a brilliant and clever communicator, able to fit within any environment....chameleon-like, in fact. In Obama's chart his core outer self's Leo Sun and Mercury are challenged by that square aspect from Neptune, his inner self, his natal Gemini Moon is in quincunx (150 degree) aspect to Neptune in Scorpio. Quincunx is an uncomfortable aspect between two incompatible signs, Gemini and Scorpio - first decanate of both, so pure Gemini and pure Scorpio, the clever communicator and the illusional, prone to secrecy Scorpio Neptune, itch and scratch within his inner core.

Similar indications of delusion/illusion and secrecy apply to what he thinks he is, what he really is and what others think he is. 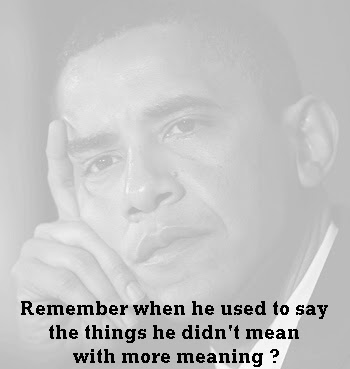 Posted by Twilight at Wednesday, September 07, 2011

Cannot avoid being a bit cynical with respect to this and some former US presidents: Osama (Bin Laden) so-to-say helped Bush getting a second term.

Now that he's dead, (as Obama finally got Osama...), Bin Laden's "(negative) help" may not be sufficient to "sustain" a second term for Obama. Had that terrorist been captured alive, and currently being on trial, Obama might have been better served. After all not only Bush, but also Rudy Guliani still strive from that gaping whole in N.Y.

Another "who knows symbolic parallel": Some destroid helicopters. When Carter tried for a second term, he left various helicopters destroyed in Teheran. Obama left only one of them, but of the secret stealth variety in Pakistan. The Chinese, it's now confirmed, got to have a good look at it.

On Obama's natal Moon placement - and his Ascendant: I permit myself the following speculation, valid until that sheriff in Arizona confirms that the birth certificate hurriedly presented (on Trump's insisting) has not been falsified by some computer wizzard.
There are some indications to that effect and it's under police scrutiny. Maybe the over $2 million Obama has spent to defend his "birth - story" served for that.

Were he born in Mombasa, Kenya, his AS still falls into Aquarius, but at the end, exactly were Neptune is today (!). His Moon would be in Taurus (26 degr.) and help forming a grand trine with Saturn (R) and Mars, all in earth-signs. A grand trine can, with the presence of a major retrograde planet or similar handicap lead to manipulative charcteristics. O's case.

The unprecedented haze that drags Obama down in the polls at present may be exactly related to the position of transiting Neptune on his true natal horoscpe. From there to know if he will be re-elected it's a risky step to make a guess. But my hunches say no.

Your point about the birth certificate's authenticity is something to keep at the back of our minds. Adding to the Neptunian fog. I tend to think that the Clintons and the Republicans, during 2008 election season, would have unearthed the truth about the BC, if it is any different from what has been presented. Or else, Barack Obama had some VERY high level protection going as regards his background, to ensure he was elected (and I don't discount that possibility.)

We can only work with what we have for now - and what we have must count for something, as at least being what O or "they" want us to believe.

As for re-election, as you say it's really too risky and too early to predict, especially before we know who his opponent will be.

I wish O would stand down and give the Democrats a chance to revive the tarnished image of the party - not that I'm one of 'em, but they're the only vaguely, very vaguely, leftish chance there is in the USA.
I don't see him standing down though. Not in his nature - not at all....unless forced.

GP: T, your idea of "a left leaning America" may be against what this world's destiny wants or needs.

Arch-capitalists (neo-feudals as you called them the other day) may be of some sinister "help". If they overdue it, there will be reaction. As in everything existing. Only it may take a good amount of time...

Anonymous/Gian Paul ~~~
That's one way it could go, too GP.
We might have to get to the very extremes of right-wing neo-feudalism before the populace becomes inflamed enough to get on their hind legs and revolt. They're nowhere near that yet, but a Tea Party-style president would hasten the day. I'd rather not contemplate that scenario, but long-term, as you say, it might benefit both nation, world and planet, by hastening some kind of revolution or turn-around.

Yes, he is many sided but he dances only for those pulling the strings.
These are "changing" times alright, T, and our only "hope" is within ourselves.
XO
WWW

GP: I wonder if it is the Moon placement in a person's map which "fixes" what that person him/herself believes to be. Accepting the notion that the Moon represents one's "inner self" - be that because of representing sensibility, versatility or instability or all of that, I have come to another idea of accomodating astrologically La Fontaines' No. 3 part of a person:

People have mostly received an education teaching them to present their best qualities to the outside. A form of lying but highly priced these days.

That being the case, we build and project an "imaginary virtous persona" based on our skills of hiding what are our week spots, defects and handicaps.

This projected persona is exactly what a person is not really (Sun determining that), but wishes to show and ends up believing to be himself. And that's where e.g. Mr. O. is now running into some distinct trouble. Captain of a "fool's ship"?

Wisewebwoman ~~ You're right, I guess, WWW, if we are to have any peace of mind at all. Not easy to do though (for me anyway).

Anonymous/Gian Paul ~~
I did puzzle over a similar issue myself, GP - not in exactly the same way as you are doing.

It's a tricky one, isn't it?
Mercury might be heavily involved in this too = the way his mind works.
O's Mercury is in Leo, square Neptune sextile Moon. If he thinkls about himself does he see the leader with an inner core of a communicator, all fogged up by Neptune??

I like your version.....I think mine could bear a little more thought still though.
:-)