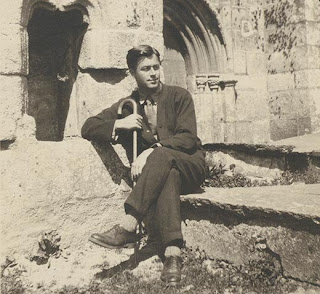 George Ault, a good-looking fellow, as befits Sun, Mercury and Venus in Libra - but he was an artist who could be said to have "painted his depression".

Born into privilege, on 11 October 1891. His parents were wealthy business people who moved from Cleveland, Ohio to London, England when George was young. He had the benefit of a good art education at Slade School of Art and St. John's Wood School of Art. He returned to the United States in 1911. His benign beginnings turned to tragedy, however. His mother died in a mental institution; his three brothers all killed themselves, two of them after losing the family fortune in the stock market crash. By the time his father died his family's fortunes were gone. Ault spent the last 10 years of his life broke and totally dependent on his wife in an artists’ colony in Woodstock, New York, in a tiny rented house with no electricity or indoor plumbing.

Ault seems to have been something of an obsessive, needing order in everything. In his wife's writings (see first link at end of post) she tells that:

Both studio and house needed to be perfectly clean before he could sit down at his easel. Ault would do the chores himself, Louise recalled, shining the small house each morning to its “permanent brilliance” before starting to paint. Outside, Ault “knelt with grass-shears and trimmed on either side of the path, close and neatly, cutting back the wildness to leave a park-like strip,”

When he didn’t paint, he drank, agonized over the Nazi occupation of Paris, and painstakingly arranged and rearranged his personal library. In 1948, a few days after Christmas, Ault joined his brothers. He fell into the icy waters of Woodstock Creek. His body was recovered five days later.

George Ault's depression can be felt in the darkness of many of his later paintings. Neurotic, alcoholic and reclusive, avoided by former friends, who had no doubt been put off by his alarming behaviour. He seldom included people in his paintings, though not due to lack of skill in that direction. A couple of his sketches demonstrate that he was well capable of figure drawing. I suppose, in his depression and alcoholism, having become alienated from his fellows, he had little wish to spare any space on his canvas for them.

Ault's paintings of the 1940s have a distinctive style, not quite surreal, yet not quite realistic. Flat colours, straight lines and sharp angles dominate, with some rather odd perspectives.

Will his depression and obsessions show in his natal chart, I wonder? I have my doubts. His state of mind was mainly brought about by events over which he had no control: his mother's slip into mental instability and death, World War 2, financial ruin of his family, suicide of three siblings. The guy's life was plagued by misfortune!

Let's see: born 11 October 1891 in Cleveland, Ohio. A 12 noon chart will have to suffice as I can find no birth time for him. Rising sign will not be as shown, and Moon, if he was born around or after 5pm would have been in Aquarius rather than Capricorn. 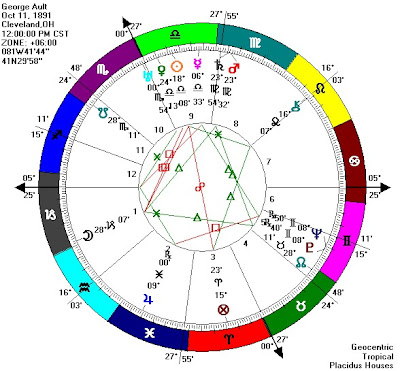 His draw to artistry is easy to find - Libra is ruled by Venus, planet of the arts, and here we have Venus in its own home sign along with his Sun (self) and Mercury (mental orientation). His obsessive need for order? I'd bet that can be laid at the astrological doorstep of Mars tightly conjunct Saturn in Virgo. Virgo is the sign of perfection, Saturn the planet of discipline, with Mars energising an urge for costant order. It's a pity his time of birth isn't known, so's to establish Moon's exact position. If around the 20s of Capricorn, Moon would be in harmonious trine with the Mars/Saturn in Virgo conjunction, strengthening those traits of perfectionism and need for order even further in his nature.

There's another tight conjunction: Pluto/Neptune in Gemini. This one is generational, shared by many well-known and iconic artists and communicators. In Ault's case an harmonious trine to Mercury in Libra gives the conjunction's powerful creativity extra significance.

I don't see any clear pointer towards his depressive state, beyond that indication of a constant reaching for order in everything. Perhaps his rising sign might offer a pointer. If Gemini were rising or in first house, for instance, then the Pluto/Neptune conjunction of potentially powerful creativity might manifest a shadow side: an obsessive addictive personality. Or, perhaps the simple answer would be that his tragic life experiences overwhelmed all - even his natal chart. 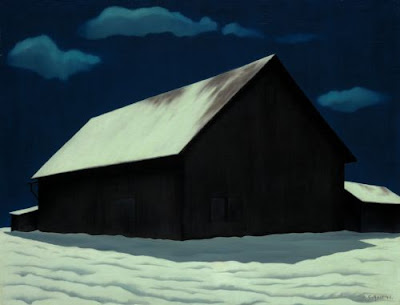 Black Night at Russell's Corners (in Woodstock, close to his home there. Ault painted 5 variations of this scene, another below). 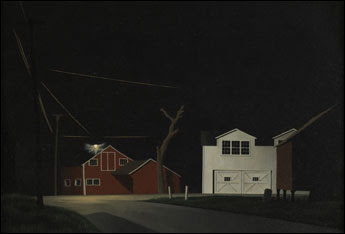 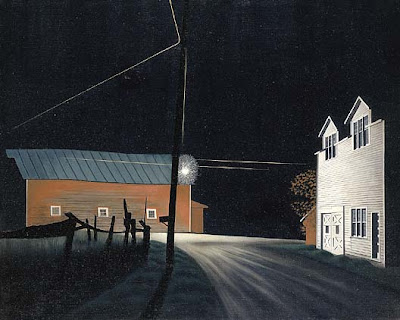 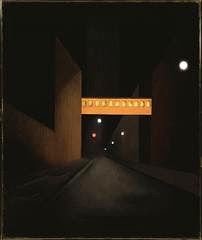 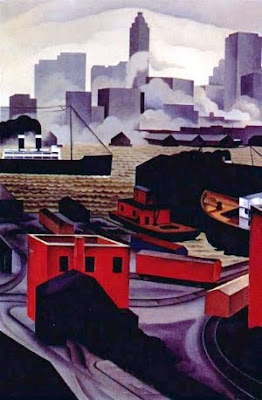 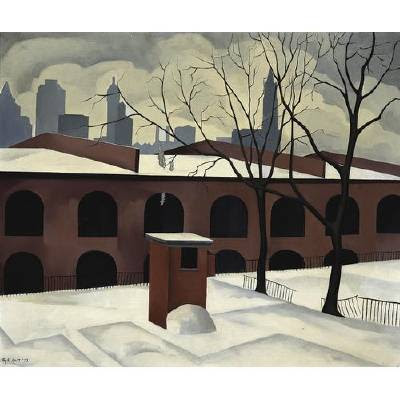 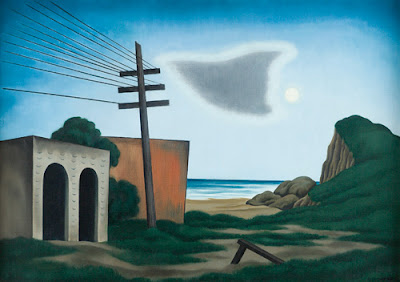 Memories of the Coast of France 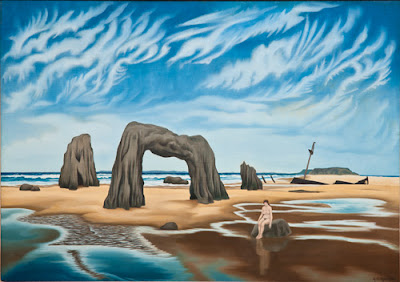 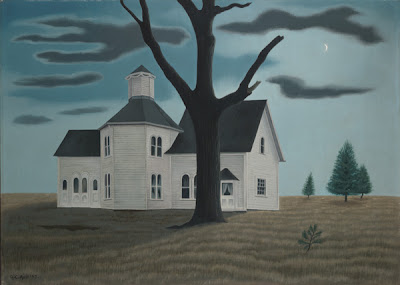 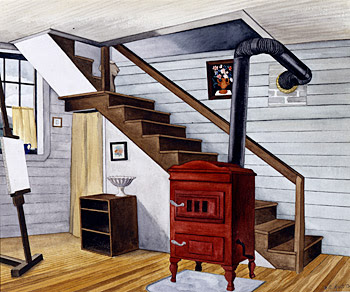 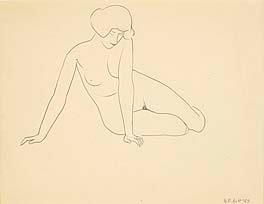 GP: That Moon in Capricorn is leaving his "depressive mark" on George Ault.

As a true Libra (including Venus in his sun-sign) he attempts to bring beauty into capricornian scenery. Tragic as he has some appreciable technique.

Anonymous/Gian Paul ~
Yes, I think his Moon would have been in Capricorn for sure.

I like his clean, precise style and choice of colours.

He's an artist I greatly admire, T, thanks for writing about him.
I've always found his paintings to be haunting and can get quite lost in them.
XO
WWW

Wisewebwoman ~~ His despair, ultimately brought forth something of beauty and value, which might not have emerged had he lived a "perfect" life experience.

I know you posted this in 2011 but I am suddently very intersted in George Ault and finding your blog art & astrolgy blog is a real bonus.

I like Ault - I paint and his style speaks to me, especially his night scenes

Smichael ~ Hi! I too admire his style, especially in his night scenes. :-)