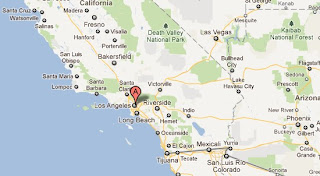 Los Angeles was founded on September 4, 1781, by Spanish governor Felipe de Neve, so on Sunday the city will be 230 years old! It became a part of Mexico in 1821 following the Mexican War of Independence. In 1848, at the end of the Mexican–American War, Los Angeles and the rest of California were purchased as part of the Treaty of Guadalupe Hidalgo, thereby becoming part of the United States. Los Angeles was incorporated as a municipality on April 4, 1850, five months before California achieved statehood.

LA is now the most populous city in California and the second most populous in the United States, with a population of 3.83 million on a land area of 498.3 square miles. It is the focal point of the larger Los Angeles-Long Beach-Riverside combined statistical area, which contains nearly 17.8 million people. http://en.wikipedia.org/wiki/Los_Angeles 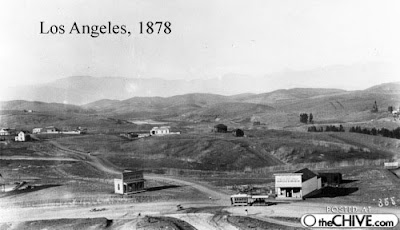 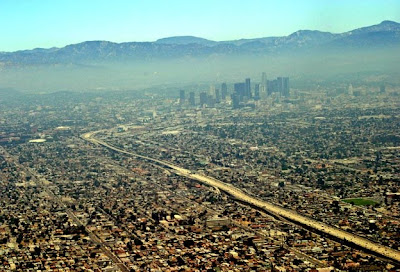 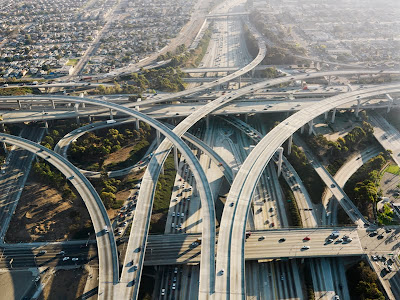 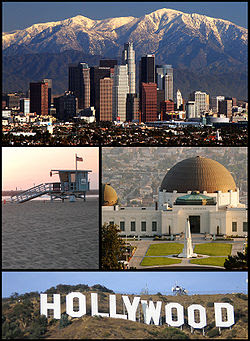 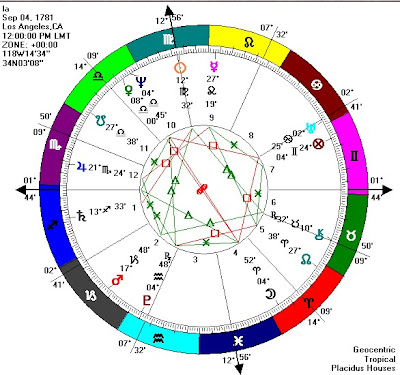 While Sun in Virgo doesn't immediately say "Los Angeles", Neptune conjunct Venus in the Venus-ruled sign of Libra does...it fits it to a "T"! Neptune = dreams, creativity, film-making. Venus = the arts. Could there be any more appropriate signature for L.A./Hollywood? The USA can be criticised on many fronts, but they've led the way in film-making and have given us a treasure trove of iconic movies. Also, with Pluto in Aquarius in harmonious trine to Neptune/Venus in Libra new ideas and novel approaches were always destined to emerge in this city's future.

Hi Twilight! Your post brought back memories. I spent some wonderful years growing up, north and west, and up the coast from L.A., between Lompoc and Santa Maria on your map. Those are the childhood years I cherish the most!

I've never returned to that particular area since leaving at fifteen, but have always contemplated a return visit. Maybe one of these days...

GP: Following Jefferson's Guardian my memories of LA (having worked for 7 years (1/4 of Saturn)for a financial firm there):

Once I arrived on a Air France flight "direct Paris - LA". Only French on board, so to say. Few were able to fill the (only english) customs imigration form. I helped out. Took over 2 hours to get through customs for us all. So much for a "big American city", I thought. My host, waiting at the gate...

There was a book published "The Jupiter Effect" in about 1975. It predicted that LA would be gobbled up by a coming earth-quaque. A former collegue at that firm, not believing in astrological predictions, bought soon after the publication of that book a mansion on an exposed hill in Malibu Beach and for a pittance. The previous owners, believing in the risk of the coming eath-quaque washing the whole place down into the Pacific sold in a hurry. LA is special indeed, Venus conjunct Neptune?

PS. Just occured to me that recently, when Saturn transited that Venus/Neptune conjunction the whole Schwarzenegger fiasco came to the open.


PPS.
My collegue still lives there, in his nice house, raising horses and watching daily the Pacific waves.

I grew up close to a coast too - and miss the sea air a lot here in deepest OK.

You'd likely see a lot of change if you returned - could spoil those lovely memories, but I understand the draw. :-)

Thanks for your memories of LA. and for the astrological pointers you mention.

My own LA memories include only the airport "LAX" where my late partner and I had a stopover during a flight back to the UK from a vacation in Hawaii in 1984. (Seems like another lifetime now). We walked outside the airport a way, but LA looked just like any other city from there. I most remember that weird construction on the airport grounds. We climbed up its steps for a view of the airport and city.

I have no longing to go to California - never have had. Nor New York. Colorado and New Mexico are exciting enough for me.
:-)

LOL I like that hazy early photo of LA. I remember seeing what claimed to be the earliest known photo of the Pueblo de Los Angeles, back when it was under Spanish rule, something like the 1830s, when the population was still in the hundreds. It was a big wide shot taken from the hills, showing the entire Los Angeles Basin out to the ocean. You could see little fires and smokestacks pouring out tiny bits of smoke, but the entire area was extremely hazy. This was said to be evidence that the LA Basin was always hazy even before people got there.

Anyway, the day I moved to LA, it was a clear and sunny after a rainstorm, with no smog whatsoever. I wondered what all the talk about smog was about. The next day it was back to smog as usual. I asked about that, so a friend told me an old LA legend. It is said that once every couple of years or so, God sends a big wind and rainstorm to blow away all the smog, so he can look down and see if LA is still there. Once he sees that it is, he covers it back up.

Anonymous ~~ It's fascinating to see old photos of areas now given way to urban sprawls. It's so much easier to find thm here than in the UK, because the growth here has been so much more rapid (relatively speaking).

Oh my - well, God IS supposed to be a good judge - perhaps His covering of LA, is part of his good judgement. Or perhaps it's more akin to wrapping a precious gem in cotton wool. LOL!
;-)

LA I found to be too sprawlish for me, was there twice, drove around there too and found the ramp warnings were given what seemed like a 30 second notice. No GPs then.
I loved California, particularly SF and enjoyed Hollywood and Malibu and all the starry stuff and the studios....
XO
WWW

I love LA, and I love that its chart shows that Hollywood is only one part of it.

Wisewebwoman ~~~ That network of roads is enough to put me off ever going to LA - scares the wotnot out of me!

Don't know why I'm not interested in California - just not my "vibe", in spite of it's coastline.

Prunella ~~~Hi there! I'm sure there are millions like you who love LA for all its facets - it depends what one is used to I suppose. I've lived in big cities, in the UK, and loved them, but somehow LA seems like another world - even more alien to me than the rest of the US
:-).