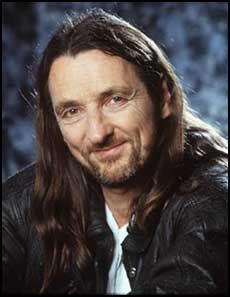 The Logical Song was a hit song written by Roger Hodgson, co-founder and former vocalist of the UK band Supertramp.

Supertramp had a number of other hits during their heyday, several written by Hodgson (Breakfast in America, It's Raining Again, Dreamer ), others by Rick Davies. Hodgson left the band in 1983 to spend more time with family, later touring and recording as a solo artist. Sources record that The Logical Song was written by Hodgson while still in his teens, long before his association with Supertramp. 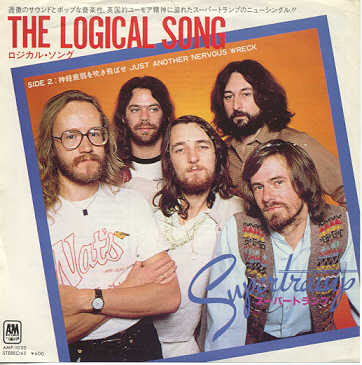 Roger Hodgson was educated at what in the UK are called "public schools", a term meaning something quite different in the US. British public schools are not funded by the government, as are the majority of educational establishments, but by a combination of endowments, tuition fees and charitable contributions, usually existing as a non profit-making charitable trust. In practice young people who attend such schools are almost always from well-to-do families, with a smattering of talented youngsters bright enough to get relevant scholarship funding. I suppose the nearest "flavour" in the US to the UK Public School brand is the term Ivy League, though Ivy League refers to further education only, I think.

Anyway, knowing this tid-bit helps understand the lines, "But then they sent me away to teach me how to be sensible, logical responsible, practical......" Public schools are mostly boarding schools where pupils live 24/7, as well as learn, unless their home happens to be close-by.

The lyrics would have been written sometime in the 1960s, I guess. Roger Hodgson was born on 21 March 1950 in Portsmouth, UK, at 10:50AM. A little astrology follows, below, to discover whether the feelings described in this song match what his natal chart can reveal.

Most people will relate to the song in some way - whatever age they may be. The idea that any type of establishment, be it school, college, military or a structured place of employment can tend to deaden or suffocate one's early sense of joy and wonder. For long periods of time, in such establishments, we have to exist in a virtual strait-jacket of rules and designated attitudes. A thoughtful and sensitive young person is quite likely to soon be asking "Who am I?" In fear of voicing opinions too loudly in case someone pins a derogatory label upon him/her, a person can end up vegetable-like, or sheep-like, feeling obliged to "fit the pattern".

I can happily relate, as I'm sure can Roger Hodgson, that with age, and especially in one's senior years, comes the tendency to think (maybe even say): "This is me, mate...if you don't like it you can...(insert profane or vulgar epithet of choice here)"

When I was young,
It seemed that life was so wonderful,
A miracle, oh it was beautiful, magical.
And all the birds in the trees,
Well they'd be singing so happily,
Joyfully, playfully watching me.

But then they send me away to
Teach me how to be sensible,
Logical, responsible, practical.
And they showed me a world
Where I could be so dependable,
Clinical, intellectual, cynical.

There are times when all the world's asleep,
the questions run too deep for such a simple man.
Won't you please, please tell me what we've learned?
I know it sounds absurd but please tell me who I am.

Now watch what you say or they calling you a radical,
Liberal, fanatical, criminal.
Won't you sign up your name? We'd like to feel you're
Acceptable, respectable, presentable, a vegetable
Oh ch-ch-check it out yeah 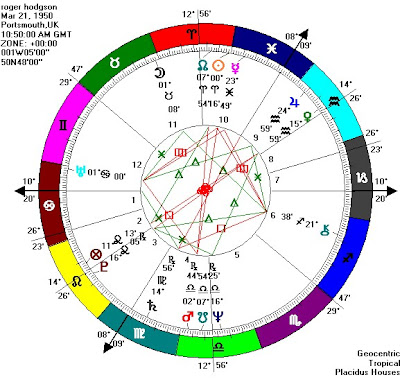 (Data from Astrodatabank.)
Noting that Roger's natal Sun is on what astrologers call "the Aries point" = 00 Aries, I'm more sure than ever that he's now very certain "who he is", and unafraid of telling others. Aries Sun, at any degree is not one to cower in the shadows, at 00 degree it's likely to leap out and bite someone in the ass....metaphorically speaking.

Roger's natal Mercury (mental orientation) in Pisces points to his imagination and sensitivity, the latter was no doubt more apparent in his early years, before life experience grew him a protective shell.

Venus and Jupiter in Aquarius reflect his rather rebellious stance, in this song, as well as in his recent conflicts with former band colleague Rick Davies. Allegedly, when Roger left the band the agreement was that Davies and the band would keep the name Supertramp but Roger would retain sole rights to perform any songs he had written himself (many of the band's biggest hits, as it happens). A re-formed Supertramp has been touring, and singing Roger's songs as part of their repertoire, it appears, and without even making a point of annoucning that he was the songwriter. Roger is standing his ground, but apparently has no recourse to the law as nothing was put in writing at the time. Oh dear!

Venus in Aquarius and Neptune in Libra (Venus=the arts, Neptune=creativity, imagination) form a harmonious trine - excellent aspect for a musician, or artist of any genre. This slice of Aquarius matches the title of the song very well: logic is said by astrologers to be one of zodiac sign Aquarius's strongest traits.

Moon at 1 Taurus semi-sextiles (30*) Aries Sun. Although Taurus and Aries are mainly incompatible, this 30 degree aspect does, in my opinion, allow them to blend - if a bit uncomfortably (I have a similar aspect Aquarius/Pisces). In this case Taurus will add a more solidly stable side to Roger's nature, to rein in his impulsive Aries-ness. And Taurus is ruled by Venus, planet of the arts, an additional pointer to his musical talent.
Posted by Twilight at Monday, September 19, 2011

For long periods of time, in such establishments, we have to exist in a virtual strait-jacket of rules and designated attitudes. A thoughtful and sensivie young person is quite likely to soon be asking "Who am I?"

I didn't, you know. The discipline promoted self-discipline, they were always about letting the boy find himself. It was not as painted here. The playing fields were a pleasure, there were other pleasures and the teachers were good.

I think you're confusing independent education with state, where those things you mention often did happen. The Wall is a reference to that state education.

The teachers were often the best [along with the dead wood] and I remember more than one who was gruff and traditional but others told me he loved the kids.

It was lightyears from the "anything goes" and lack of respect in education today.

I can relate to Roger Hodgson's lyrics myself, though I didn't go to boarding school. The post relates to his song, and interpretation of his lyrics, as I see them, so I'm not confusing independent education with state - and I doubt that he was.

Personally, I've always found any kind of regimentation, unless self-imposed, to be a pain in the ass.

The day I retired, I got home that evening, went into the garden, threw my arms wide and shouted "I'm FREEEEEEEE!!!"

Yet I AM quite happy for government to impose necessary regulation - which you are not, James, from what I've read on your blog. Those kinds of regulation do not affect my personal feeling of freedom. A contradiction, I guess.