"The Wildman the Earth and the Stars" 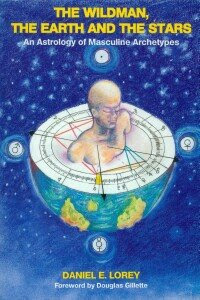 Some years ago I bought a book I'd seen mention of on a message board or magazine article: "The Wildman, The Earth and the Stars" by Daniel E. Lowrey (1994). It's said to contain "a revolutionary new system for interpreting the astrological chart.....and is important for those seeking to understand the male psyche....."

"Male psyche"? Why not human psyche?

I believe that humans are humans are humans. While authors and presenters carry on presenting content specifically for males, or females, or black people, other colored peoples, or gays....or whatever....the species will never feel united, equal, or feel empathy for one another. Placing the sexes and races in boxes isn't at all helpful to my way of thinking.

I've noticed the book featured on several "gay" websites, so perhaps it was written with gays in mind - I don't know, but if so - another black mark, for reason given above.

Four archetypes form the basis of the "revolutionary new system": The King, The Lover, the Warrior and The Magician, together with the four quadrants of a natal chart, these produced by the ascendant/descendant and midheaven/nadir angles.

I notice that The Zodiac Master, "Dr. Z", an astrologer whose writing I've always enjoyed and respected has described the book with a little more enthusiasm than I have so far mustered. The link to
Dr. Z's article "What's Your Angle"

You know, I think that Mr Lowrey (whose website seems to be defunct now) could have had a good thing going with his theory if he'd approached it differently, a tad more simply, and without the "male" specialty. I've often pondered that the traditional zodiac is too well-defined, and people are not, on the whole, well-defined. We're a mish-mosh of all kinds of stuff. I think I once wrote in a previous post, which I can't now identify, that a zodiac of 4 sections could be a clearer and cleaner proposition, blending the signs/part signs as they fall, in each person's individual chart, within each of four segments.

Dr.Z writes that Mr. Lowrey's book is now out of print, but as he says, used copies are probably available, for anyone who feels it may be of interest. A new approach to an old subject is always worth looking into, even if later the thought that "if it ain't broken, don't fix it" surfaces.
Posted by Twilight at Wednesday, August 05, 2009

I'm with you on the less divisive writing on genders, sexuality and the entire spectrum of human experience, the better off we are. That is a book I would never pick up.
XO
WWW

This idea seems Jungian in part. I think there is a separation with male and female, but I'm not sure how much this is cultural, as opposed to a definite reality.

WWW ~~~ Agreed! Had the book not been about astrology, I wouldn't have touched it with a 10 foot pole ;-)

AN ~~~ Yes, the archetypes are borrowed from Jung, I think.

In an argument about male/female I usually find myself on the losing side when puting forward my view. Hormonal differences are the divider betweem male/female I guess, but I think culture has had a lot to do with the unnecessary emphasis on a difference which, to my mind is minor, compared to the whole human being. :-)