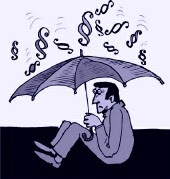 Paranoia. The word derives from the Greek: para=outside + nous=mind; literally, being out of one's mind. True paranoia is a very serious mental disturbance, described in medical circles as "delusional disorder." Wikipedia defines it as "a disturbed thought process characterized by excessive anxiety or fear, often to the point of irrationality and delusion. Paranoid thinking typically includes persecutory beliefs concerning a perceived threat."

What we, laypeople, term "paranoia", in general conversation, I'll call "paranoia-lite". I suspect we've all at some point said, or thought, "I'm/he's/she's being paranoid". We all have a touch of it, deep in our nature - part of the human condition. Suspecting that another person doesn't like us, wondering about their motives, questioning whether an acquaintance is sincere, "on the level" or up to no good. Worrying whether one's significant other was ever unfaithful, or is likely to be. Suspecting ulterior motives. Such feelings, and others like them, can arise unbidden from deep inside us, no external evidence necessary. A smidgin of paranoia-lite, though, might even be thought healthy.

Astrologers propose that the zodiac sign of Scorpio is often prominent in natal charts of those who experience regular attacks of paranoia, so by extension I guess, this applies also to paranoia-lite. Neptune, Saturn and Pluto are also thought to be involved, via difficult aspects, 8th house too, due to its connection with Pluto/Scorpio. I can put my hand up to natal Sun in 8th house, Pluto in 1st house and Mars in Scorpio. I don't suffer often from paranoia-lite, but I have recognised its symptoms in myself on occasion, and I often sense it in others.

In general terms, those with Water signs prominent are more prone to suffer occasional attacks of paranoia-lite than those where Earth, Fire and Air predominate. When faced with a situation in which paranoia-lite could arise, people with Fire prominent in their charts would fight back in some way, Earthy ones would lean on a more pragmatic attitude, and Air people would be likely to apply analysis and logic to the situation. Watery folk, who work from deep emotional triggers, will suffer the most intense reaction to a nasty dose of paranoia-lite.

Astrologer Noel Tyl has written an interesting piece on paranoia - link:
The Dimensions of Paranoia.

As a nation, some consider the USA to be more prone to paranoia-lite than most other nations. I've secretly harboured the thought myself, but try to be understanding of the country's history and the reasons behind this propensity. McCarthy witch-hunts and Nixon's duplicity spring immediately to mind as two triggers - there are dozens more. The nation was born under the Sun sign of Cancer - the cardinal Water sign known for its ultra-sensitivity. I wonder if this is the relevant astrological link?

British TV personality, Jeremy Clarkson wrote some articles, back in 2006 in The Times on this very subject. Here's one sample "The united states of total paranoia"

"I know Britain is full of incompetent water board officials and stabbed Glaswegians but even so I fell on my knees this morning and kissed the ground, because I’ve just spent three weeks trying to work in America.

It’s known as the land of the free and I’m sure it is if you get up in the morning, go to work in a petrol station, eat nothing but double-egg burgers — with cheese — and take your children to little league. But if you step outside the loop, if you try to do something a bit zany, you will find that you’re in a police state."

Clarkson goes on to describe some examples of paranoia-lite he encountered. I'm not a fan of his, in general, he's too ascerbic for me, but I can appreciate the points he makes in this piece. 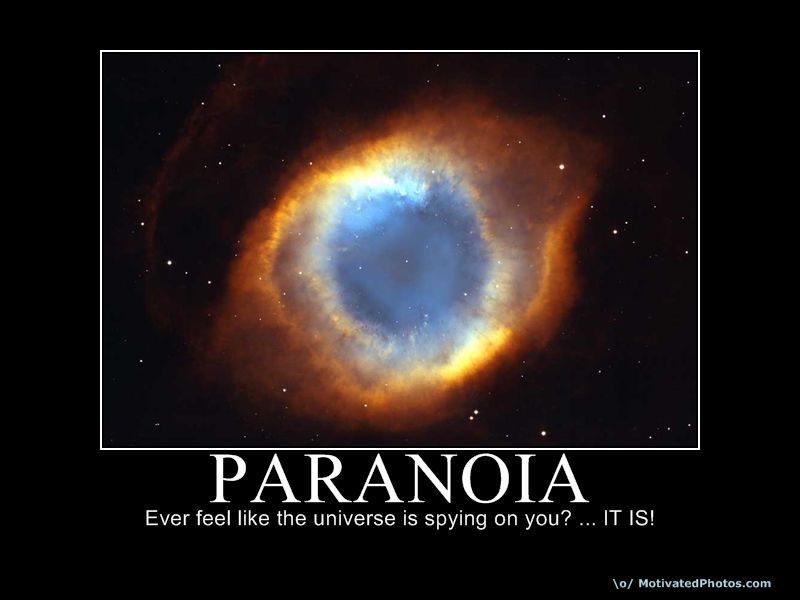 I totally agree T, with Clarkson - in certain states anyway - when I hear the constant 'best land in the universe' I cringe, it is like massive hypnosis and an insularity second to none.
10% of population now on food stamps and a huge percentage shooting themselves in the feet with decrying universal health care.
it has to be seen to be believed and the rest of the world in tears laughing at it all.
And all the guns are out....
XO
WWW

WWW ~~~ there's a lot of it about, sure enough...and we get to hear of it more now because of the internet. On the other hand, there is a huge contingent of sane level-headed mortals here, both left and right-leaning, but it's a bit worrying that even some of these will be affected by current waves of paranoia-lite, it's probably highly infectious.

I can't decide whether it would be best to be blissfully ignorant of it all, sans computer, or to be saturated with news, missing nothing.

I've been thinking lately that, with all the possibilities for electronic surveillance nowadays, governments are embracing it and becoming paranoid as an entity themselves.
It certainly feels like that in the UK at the moment. So maybe what we are capable of doing can cause paranoia. Modern medical journalism is similar - it's turning the population into hypochondriacs.

Poor Jeremy is getting himself into all sorts of trouble at the moment with his remarks :-)

Anthonynorth ~~~ You're right.
The more advanced our capabilities, the more opportunities for paranoia, working in both directions.

I reckon hypochondria has already taken hold in the USA, among those lucky enough to have health insurance. It's driven in part by profligate TV advertising of ridiculously expensive drugs.

I'm not surprised Clarkson is causing waves. He's probably stirring up business with disregard for any side-effects - much like some TV folks over here.

Well at least we still live in a country (well almost) where someone like Clarkson can air his views whether you agree with them or not. I find him very entertaining but a bit insensitive at times. Goes with the territory of "big boys and their toys" I guess. There are plenty around just like him but because he is a media figure he's an easy target.

I totally agree with AN about the UK and the level of paranoia, perceived or real. It would be too easy to think we were being watched constantly. Then I think well if they want to waste their time (whoever they are) watching me then that's fine....there goes Miss James and her mother off to Morrisons for the weekly shop. Oooh look they've bought a nice chicken for Sunday dinner. Wonder what they're going to have with that...you get my drift.

The idea that there are thousands of people sitting in some underground facility in front of a computer screen monitoring 60m+ people is in the realms of fantasy.

And don't get me started on hypochondria what with the swine flu debacle. Now they reckon the flu vaccine the Govt has ordered isn't safe to give to the 12m children in the country. Well if ain't safe for the kids why is it safe for us big kids???

Oh well off to my Pilates class...anyone want to watch....lol

Rossa ~~~ I doubt Clarkson is as poisonous as some TV personalities this side of the Atlantic. But yes, we need to be thankful for freedom of expression - but not freedom to incite (as is going on here at times).

Everything is exaggerated to the nth degree - then listeners/viewers/readers omit to engage their logic and that's how the paranoia-lite starts and spreads. Your example of surveillance is a good one.

We have the Swine Flu Follies, second act, still to start here. I'm considering going into complete hermit mode - no computer, no TV, but a peaceful mind. ;-)