Yesterday Elsa posted a link to a photo gallery: "Rising Signs of Celebrities". It was interesting to look for facial similarities. I had, stashed away among my drafts, a posting related to physical appearance and astrology. Normally wary of theories about zodiac signs and planets having any influence on physical appearance, I'd had second thoughts about posting this, once prepared. I've retrieved it today.

Heredity is such a huge factor in physical appearance, but then there does seem to be inherited astrological linkage in families too. I have noticed that there's a recognisable "look" among some Sun Capricorns and Sun Geminis (males mainly, because females tend to want to adjust their looks!) Whether the look I notice is due to Sun sign, rising sign or a dominant planet (Saturn, Mercury)isn't clear to me.

Logically, any recognisable traits in appearance, between natives of signs/planets, is likely to occur only when either the zodiac sign or a planet is heavily emphasised in the natal chart, sufficiently so to modify or cancel out most other differing, inherited, traits.

Manly P. Hall, in his book "Astrological Keywords", lists descriptions by "Planetary Type". It's interesting to check these against one's dominant planet.This can be ascertained at Astrodienst (astro.com), after inputting birth data, and checking the Walter Pullen section (brief chart delineation) in the Extended Chart department. There's a huge amount of information there, it's necessary to scroll down quite a long way to find the percentage strengths allocated to each planet in the chart.

(Mr. Hall included hair colour and complexion type, which I suspect are not at all reliable indicators - those, when natural, are likely to be purely hereditary)

Planetary types are always modified by the signs in which the planets are placed and pure types are seldom met with. When the ruler of a horoscope is placed in a sign of similar appearance, the types are accentuated, but when placed in signs of opposing elements, the contradictions which arise manifest as compound and often incongruous physical appearances.

URANUS
Body slender, but of pleasing appearance, features irregular but prepossessing; eyes large, brilliant and keen, usually light; some types very ascetic in appearance; this type often gives the impression of being effeminate. 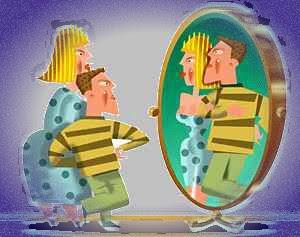 I tried these, using my own chart and that of HeWhoKnows: I am a blend of Moon and Uranus (those are fairly closely tied for dominance, but are not way out ahead of the other planets).

I was Moony as a child, but in maturity less so, maybe moving towards the Uranus type. As my father had Aquarius Sun, like me, and we did look alike, I guess that's inherited. 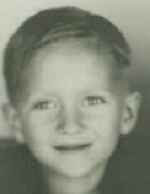 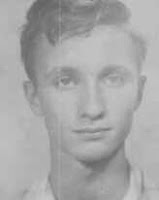 Himself is a blend of Sun and Mars, again closely tied, (with Venus a close 3rd.) Bony - yes. Inclined to baldness, yes, not overly tall, ok. Face red when angry - yes (not often). From Venus: soft voice, eyes large and wandering.(Hmmm........)
Posted by Twilight at Friday, January 04, 2008

Hmmm, I don't know...my two highest planet % are sun and uranus, but I think from the descriptions given, that I fit more into venus.... I wonder if that's cuz venus is located in my sun sign (aquarius)

Could be. Or perhaps Venus is strong in one of your parents' charts.

Or perhaps Sun and Uranus aren't that much stronger than the rest, so don't make a clear showing .