Swine 'flu pandemic? Oh joy! Yet another verse to add to our current song of woe.

I suppose it's not too surprising that something like this should emerge just now. The astrological "atmosphere" is ripe for anything doomy and gloomy. Pluto in Capricorn, Saturn more or less opposite Uranus, both send less than optimistic messages to our astrologers. But both may have potential to turn things around... later, and to our advantage, once the initial stages have passed. Pluto draws out what's harmful, causes discomfort, but then allows healing to take place. Saturn and Uranus struggle to find balance between rigidity and flux. There really isn't a true point of balance, but out of the struggle will emerge something new, different, and possibly better.

We're in a cycle of astro weather, and it will pass just as the tornado season here in middle America will pass. Most nights this week excitable TV announcers and weathermen have been threatening us with "hail the size of golf balls", potential rotations which could turn tornado-ish at the drop of a hat.... "go to the safest part of your house......." they tell us. The husband advises me that the safest part of our house is the liquor cabinet, so.....! We've missed most of the worst of it, thus far, but we'd best not start getting complacent. I feel nostalgic, at times like these, for the measured, reassuring tones of BBC news readers. I am thankful, though, for the technology which allows the weather people here to track storms and troublemaking weather so closely, giving us plenty of warning of imminent disaster.

Let's go along with Dr. Seuss:

“I have heard there are troubles of more than one kind. Some come from ahead and some come from behind. But I've bought a big bat. I'm all ready you see. Now my troubles are going to have troubles with me!”


Oh - nearly forgot - it's our 5th wedding anniversary today! At least there are no troubles there! 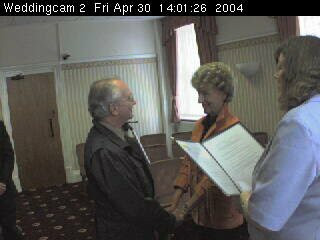 It's getting closer to where I live.. right now the flu is in Nova Scotia. It's only a matter of time when it comes to Toronto and Hamilton..Oh Joy..

Kate ~~ It's creeping up on us here as well - just over the Red River in Wichita Falls, if last night's news is to be believed.
Ommmmm------mmmm
;-)

Actually, I would second the liquor cabinet option, and above all, don't let Joe Biden be your spokesperson on this flu thingie.

Congrats on the anniversary. Those measured BBC newsreaders are getting less measured, although not as bad as ITV yet. As for some of the papers here, we're all gonna die of swine flu. And some of the more extreme 'experts' are getting coverage.
Yes, eventually a pandemic will get us. Maybe this one, maybe not - but too much media exposure will eventually make us complacent after crying wolf too often.

As long as experts can more or less keep pace with developing/mutating viruses in the future I doubt there'll be an "emic", epi or pan, to wipe us all out. But I agree, complacency is a big danger - almost as big as panic. This is another example of having to find balance - hard thing to do. :-)

the two of you look very happy in your wedding photo. Here's wishing that your love grows stronger with each passing year.

Robert Phoenix had this link in his latest post:

Fortunately some Czech researchers picked up on it when testing the vaccine, but they can't recall all of the batch that has been contaminated.

So if you want a real scare, surely the idea that all the elderly that queue up for their flu jab this winter may not be able to be absolutely sure that what they're given in the shot is just a vaccine and no live virus.

But then if this had got out into Europe they would have made a fortune with the vaccine to "cure" their own mistake.

Wonder who owns Baxters or is that just the cynic in me...I think we're being distracted from what is really going on and the real story is somewhere else.

BTW Happy Anniversary and I loved the story of how you got into astrology. Oh the days of Russell Grant and Jonathan Cainer. Like you I started with the Mirror then went to the Mail which I read online. As good as any comic I've read....lol

JC went to the Daily Express for a while and then came back to the Mail. Who was the one before him, now passed on, JC trained with him....can't remember his name...will have to dig around in the memory banks

Rossa ~~~ Hi and thank you for the good wishes.

Yes, JC was at the Express for some time, but we couldn't bear to buy that conservative rag, even for JC! I used to borrow it at work whenever I could. ;-)
The astrologer before him? Was it Patrick Walker?

Re Robert P's link - I'm not at all into conspiracy and scare stories, so didn't take much notice, although I do enjoy his writing and his topics in general.

There's a tendency here in the USA for just about everything that happens good, bad or indifferent to be twisted into some kind of conspiracy. I think I have an inbuilt immunity to it all (Mercury in Capricorn perhaps).
;-)

congrats on your anniversary

As we live in a house with neither an accessible crawl-space, nor any area without windows in the center of the dwelling, the regular advice from our local weather station, to: "seek the shelter of a basement, or a room without windows in the middle of the house ...." seems strangely irrelevant in such situations. While you may reach for the safety of the liquor cabinet, I find myself yearning for the peace and tranquility of the Welsh valleys.
Congrats on your anniversary.

Yes, it's the same for us - it'd have to be the bedroom closet, other than the liquor cabinet.

Those Isles set in a silver sea do seem to offer a lot of security - and yet - what if sea levels rise.....:-(