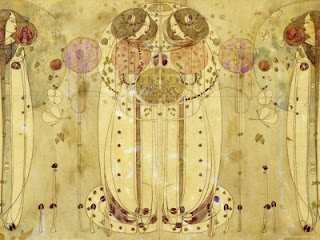 If I had to choose a favourite art style, it would be Art Nouveau.

Art Nouveau (New Art) had a limited reign in the art world: from around 1890 to 1914, straddling the turn of 19th/20th centuries. It died with the outbreak of the first world war.


I suspect that the movement's reign coincides with astrological cycles of one or more of the outer planets. Pluto had just moved into Gemini in 1890, at 2 degrees of that sign. It remained in Gemini until 1915. In addition, Neptune, in 1890 was at 5 Gemini, and remained in the sign until the turn of the century. Pluto and Neptune in Gemini were strongly in evidence in the communal atmosphere then, as Art Nouveau came to the notice of the general public. 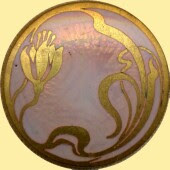 The proponents of this art style, though, had mostly been born when Pluto, and perhaps Neptune, were both transiting Taurus. It was the influence of Taurus on the artists' sensitivities, but Gemini on the public's sensitivities at work that helped propel Art Nouveau forward. 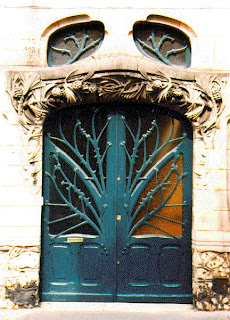 Art Nouveau, as a movement, was evidence of a breaking away from traditional, rather dry art styles of 19th century painters. Artists began to feel that art should be more universally appreciated. They set about putting art into everyday objects, into architecture, jewellery, furniture and furnishings. The movement flourished throughout Europe. The term Art Nouveau was the name of a Paris shop, which somehow attached itself to the whole art movement. 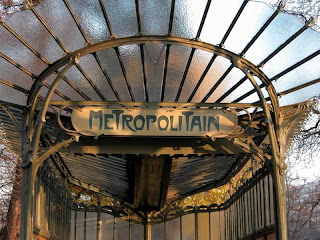 The hallmark of Art Nouveau is its connection to nature, and organic patterning. Sinuous trailing vegetation, flowing shapes, beautiful women, delicate coloring. Here's where Taurus, ruled by Venus, planet of the arts comes in to the picture. Many of the best Art Nouveau artists were born when Pluto and/or Neptune lay in Taurus. Taurus loves nature and beauty. The public cottoned on to this art style during the period when Pluto and/or Neptune were in Gemini - Gemini ruled by Mercury, planet of communication. It all fits rather well! 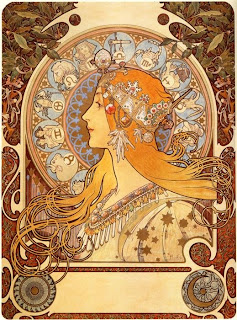 At the outbreak of war the communal atmosphere and peoples' attitudes changed. Artists began seeking further change, and as Uranus moved into its home sign of Aquarius, and Pluto neared the end of its transit through Gemini, Art Nouveau was being replaced by more modernist and abstract styles of art.

Some of Art Nouveau's best known artists have already been featured on this blog: Alphonse Mucha, Aubrey Beardsley, Charles Rennie Mackintosh, Gustav Klimt, Toulouse Lautrec. Posts can be accessed vis the "Arts" logo in the sidebar. 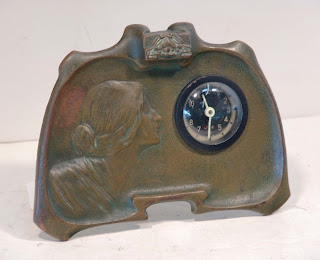 One of my favourite periods, T. Maybe Leo influences.
This style invariably cheers me up.
XO
WWW

As for Leo being involved - not sure about that, but could be. You do have planets in both Taurus and Gemini though - they're more likely to be putting you "on the wavelength" I'd say ;-)