Of Delays, Teeth, Astrology and...... Delays

A snippet from the April forecast for Aquarians, from my Sun sign astrologer of choice Jonathan Cainer, went like this....

"....... For some while now you have had to wrestle with a series of awkward delays and impediments. Around the middle of this month, a conjunction of Mars and Uranus will change the tide of your fortune. You'll notice an almost immediate effect......"

Delays and impediments in my own life have been of fairly minor importance, but have certainly been very noticeable for the past few weeks. Since my husband's birthday on 22 March we've intended taking a celebratory road trip.

The first delay was occasioned by a doctor's appointment for himself which unexpectedly needed a follow-up. That was dealt with. Then, as if on cue, I broke the crown on one of my front teeth. This necessitated three appointments with the dentist. The laboratory didn't make a good fit the first time around, it's still not dealt with and I still have a temporary crown and bi-color front teeth. Later today, with luck, this problem will be rectified.

We recently noticed that Easter falls just when we'd decided on a good re-arranged take-off date. Extra traffic and booked-up motel rooms don't appeal to us, so, a little more delay.

The day after Easter would be a good departure date, we thought. Then we discovered that my husband's son and family will be away that week. They usually collect our mail and newspapers when we're away; we reciprocate by keeping their family dog company for a while each day when they are away.

Will the Mars/Uranus conjunction, as mentioned by Jonathan Cainer, release us to take that longed for road trip I wonder? Our current plan is to set off on Sunday 19 April. My ephemeris tells me that on 19 April Jupiter will be at 22 Aquarius, which is my re-located ascendant degree. As Jupiter rules travel, this is a good omen, along with Mr. Cainer's point regarding the Mars/Uranus conjunction. Mars and Uranus happen to be my husband's and my Sun's respective rulers too! This time we might actually take off on schedule....as long as I manage not to break more teeth before then....at $700+ a pop, it's a scary prospect! 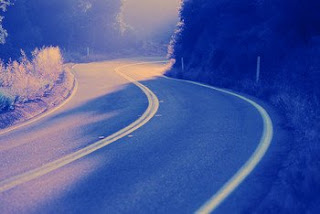 I'm more of firm believer T, on the reasons behind such deferrals. More will be revealed for you I'm sure.
XO
WWW

As the Beatles song says...." The long and winding road, That leads to your door, Will never disappear, I’ve seen that road before " You'll get there!

WWW ~~~ I've thought about that, yes! Maybe we'll miss a tornado, or some bad weather, or maybe we'll find ourselves in a place at just the right time to see something special. :-)

Rossa ~~~ One of my favourite songs!

Delays can be a bind. You'd have thought they'd be able to delay themselves at times.