Idol At The Movies 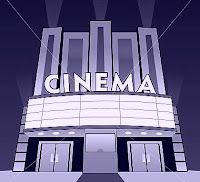 American Idol's theme tonight is reported to be 'Songs From the Movies'. I think I now have correct birth dates for the remaining seven contestants, so, using Sun sign only, a few songs which might suit each hopeful performer:

Danny Gokey ~ 24 April 1980 - Taurus ruled by Venus - "Nobody Does It Better" (The Spy Who Loved Me) because nobody does it better than Venus!

Adam Lambert ~ 29 January 1982 - Aquarius Fixed Air ruled by Uranus planet of the unexpected - "Bohemian Raphsody" (Waynes World), but he sang it at his audition, so probably won't duplicate. 2nd choice: "Take My Breath Away" (Top Gun).

Only one song I'd chosen was actually sung - "Don't Want to Miss a Thing" - Allison sang it, not Matt (still Taurus though!). She did a great job with it too.

Best performance: Adam with "Born To Be Wild" - I am reliably informed by Himself that he knocked the Jim Morrison version "out of the ball park! I am an avid fan of Adam. I just wanted to hear him sing every song the others had sung. Guess I've drunk that old Kool-Aid!

Anoop and Danny both sang very well - "Everything I Do" and "Endless Love" respectively. Kris's rendition of "Falling Slowly" from the lovely movie "Once" was very good. Matt and Lil were, for me, the weakest, singing Cohen's "Ever Loved a Woman" (Matt) and "The Rose" (Lil).

Hi! I know it is just a hobby for you ... but would you be interested in doing a chart for my 23 year old son? He is an artist , his work can be seen at:

Anonymous ~~ Oh my ! I'll bet your son has lots of Scorpio and Neptune going on !

I'm a bit busy just now and will be going away at the end of the week, so am sorry that I can't oblige on this occasion.

My colleague Robert Phoenix does all kinds of readings, and I suspect he'd be much more on your son's wavelength than I would be.
His website is at

Since you are writing about American Idol, I wonder if you have seen this?

Tammy ~~~ Yes, thanks for the link here though, others might not have seen it. I saw it on a friend's blog yesterday. What a great voice ! And a lovely lady.
I'd say the other contestants in the UK will have to go some to beat her!
:-)

No Aries? That's a shame.
I used to do a mean Born To Be Wild in my rock days myself :-)

AN ~~~ No - Aries must not have put on a good enough show at the auditions. Neighbouring Taurus has 3 in the final 7 - Taurus is the musical sign, Aries is the mover and shaker.

You probably moved and shook pretty well, back in the day! Maybe even now! ;-)