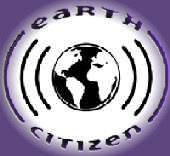 I read yesterday that "Britishness" is likely to become a part of the school curriculum in the UK. The House of Commons leader, Jack Straw, said a stronger sense of "Britishness" and its roots in democracy was needed, to challenge those opposed Britain's core values. http://news.bbc.co.uk/1/hi/uk_politics/6298875.stm

In my opinion the lessons which need to be taught are lessons in HUMANNESS, lessons which future citizens of this planet will surely need.
Human beings naturally gravitate into groups or tribes, it's in our genes, I guess, it even happens in astrology. Sun sign astrology retains its hold on fans because so many wish to categorise themselves and others by their "star signs" and they find it hard to get out of that rut. If and when they do widen their knowledge of the subject , a broadening of perspective and better understanding of themselves and others follows. The same broadening of perspective could be available in all areas where 'tribal' mentality persists.
Encouraging nationalism is not wise, in my opinion. Pride in one's home country because of achievements of past or present natives is a natural reaction, but if allowed to reach extremes this can evolve into something less than admirable. History is scarred with examples of such evolution.
I wish that countries who consider themselves to be enlightened such as Britain, other European countries, and the USA would desist from encouraging a nationalistic and insular mindset.
I understand that a foreigner applying for citizenship must be able to show some knowledge of the background of their new country, how it functions, its language etc. to enable him/her to contribute in a proper and productive way . I am not questioning that . Making "Britishness" ,or any other nationalness, a part of the school curriculum is a different matter, and seems to me to be a step in the wrong direction.
Lessons in Humanness, unrelated to nation, religion or ethnic background would be a much wiser way forward, and would prepare young people for citizenship of our planet. That is, if we manage to survive the ravages incurred on it already.
Our true nationality is mankind (H.G. Wells)
******************************
And before I get down from my soapbox I want to recommend an article by Velvet Blade at http://astrologytalk.blogspot.com/ "The Flame of Fire". She has fearlessly told it exactly like it is. Good on ya VB!
Posted by Twilight at Friday, January 26, 2007