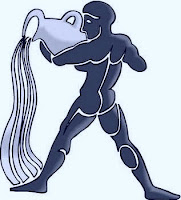 We don't have to look far to see how unwise it is to expect people born with Sun in the same sign to have similar natures and outlooks on life. Aquarius may well lead the field of 12 when it comes to such differences, though Libra and Gemini come close in my experience. Perhaps it's due to their Airy Suns. Air is never static, even in the case of Fixed Air Aquarius.

Aquarius is usually represented by a human figure pouring water from an urn - symbolic of the circulation of ideas, pouring knowledge into the world at large. (I am womanfully trying to stifle my cynicism here; I know what's coming next!) 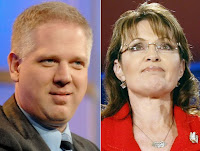 What brought me to these thoughts was the realisation that Sarah Palin and Glen Beck, described by one wag as "lipstick and dipstick" both have natal Sun in Aquarius, born a day apart - 10 and 11 February 1964. They might well have similarities one to another, but there IS another Sun Aquarian type, exemplified by Franklin D. Roosevelt (30 Jan. 1882), Adlai Stevenson (5 Feb. 1900), or Abraham Lincoln (12 Feb 1809). 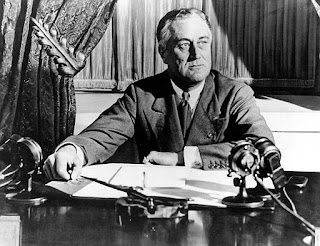 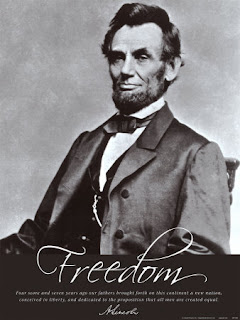 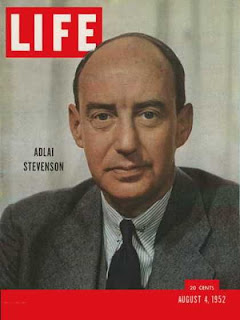 Those men represent the way Aquarius presented in past centuries, however. Question: Are Palin and Beck representative of today's version of Aquarius, due to different positions of outer planets decade to decade, century to century? Especially bearing in mind that outer planet Uranus is Aquarius' modern ruler? Not really. Keith Olbermann (27 Jan.1959) and Glen Beck, though in the same business, broadly same age group, doing essentially the same job are almost the direct opposites in attitude and demeanour.

Although astrology links Aquarius to social reform and humanitarianism, and one road to these is politics, not all Sun Aquarians think alike as to how to bring about reforms and improvements. Take Ronald Reagan, Dick Cheney, US Chief Justice John Roberts - all VERY conservative in outlook - all would run screaming from the very idea of even the mildest, European form of democratic socialism, which I (also Sun Aquarius) see as being the best way to create a just and fair society and world.

Ayn Rand (2 Feb.1905) and Bertolt Brecht (10 Feb 1898), both writers, both politically inclined, one extreme right the other extreme left - opposite sides of the political divide.

Another factor which could be in play here is that Aquarius has co-rulers: Saturn and Uranus. Saturn traditionally ruled the sign, before the discovery of Uranus. That these two planets stand for opposite ideas is significant. Saturn = conservative, status quo, authoritarianism, Uranus = forward thinking and change. Two other zodiac signs have co-rulers: Pisces has Jupiter/Neptune; Scorpio has Mars/Pluto. They do not suffer from the clash of opposites as does Aquarius. This could be a symbolic key to it all.....or not.

Dissecting natal charts of all those named in this post might present us with "evidence" for their variations in character and outlook, based on Moon sign, ascendant and other placements. But some fundamental differences lie not in the stars but in education, environment, experience and family background. Sun sign is just one component in a natal chart, astrology is just one component in the structure of character and personality.
Posted by Twilight at Saturday, October 02, 2010

They're all visionaries, in their own way... it's the visions that wildly differ.

I think you're right, the co-ruler situation leads to a lot of paradoxes.

Yes, true - some seem more nightmare-like than visions to this observer. ;-)

The co-ruler factor does seem like a good fit. How one ruler gains precedence though is something I'll have to investigate/test sometime.

Nice blog you have there by the way (Signs of Potential) - I'll add it to my link list. :-)

I think what would be very interesting would be to round up a lot of people born in the same couple of days in 1964 and see what kind of people they are....
Something was certainly rotting in Denmark round that time....
XO
WWW
Next president and veep?

My Dearest is Aquarian. I suppose if there's a common denominator, it is to try to do something for others, taking their own mind-set into the world.

WWW ~~~ Yes, wouldn't that be one step forward for astrology? Even a negative outcome - ie. that there is no apparent common factor, would tell us something. ;-)

Next president and VP: Lipstick and Dipstick? We should be polishing up our pitchforks and torches right now!

anthonynorth ~~~ For some Sun Aquarius people it does look that way, AN. However, I do know some who are not at all inclined in that direction. Eg. A cousin, born 3 days before me, and a best friend of my youth born a week after me - neither has, or has ever had, the slightest inclination to "pour waters", as far as I know.

It's a mystery. I think background and experiences we meet along life's highway have a lot to do with whether our astrological potential emerges or reamains dormant. It was my late partner who "awakened" my own interest in politics. Without his input I might now be as disinterested as my cousin and my friend.