It's not clear whether that litany originated long ago in the churches of Scotland... or was it Cornwall? A prayer to be recited on 31 October, the vigil, or eve, of All Hallows (All Saints Day), the eve now popularly known as Halloween. Most writers in the USA have dropped the apostrophe (Hallowe'en), I'll follow suit.

Scotland or Cornwall? Opinions vary. Scotland is the extreme north of the UK, Cornwall the extreme south-west, both areas tend to retain traditions for the longest time, the sweeping brush of modernity taking longer to reach there to clear cobwebs than other, more accessible parts of Britain. Scotland or Cornwall - either could be correct....or neither. The saying could just as easily have been dreamed up by some Victorian entrepreneur to help sell Halloween to The Great Unwashed.

Halloween: a special night during the time our Sun is traversing zodiac sign Scorpio, whose ruler is Pluto, planet of darkness, power and transformation. How better to represent all of this, cheerily and safely within the real world, than to do dress-up - a very easy way to transform ourselves - then use October's crop of pumpkins for the carving of frightening faces to be lit by candle, so to dispel the darkness?

At Common Dreams - an inspired piece by New York poet Phil Rockstroh appeared this week, using the vocabulary and images of Halloween to good effect, especially considering that in the USA, in a few days' time, the population will be voting in mid-term elections. From some of those log-leggedy beasties running for office, I return to that old litany and say "Good Lord deliver us!" 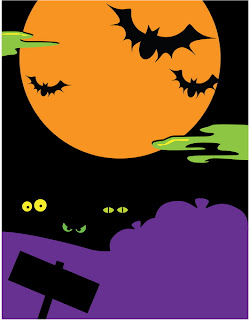 Every Day Is Halloween in Empire: The Zombie Apocalypse of Duopoly.

On a cultural level, a profusion of nightmare imagery warns: paradigm shift or perish. Accordingly, the hack-scripted B-movie of the current political system could be titled: Duopoly Of The Dead: The Democratic/Republican Zombie Apocalypse. By their almost exclusive devotion to maintaining the status quo, these hulking, putrefying parties of the undead shamble through public life … risen from the mouldering grave to tear the flesh from the present and eat the brains of the living. Neither party questions the zombie values of empire. Hence, in a soul-defying attempt to reanimate, by imperial might, the decomposing corpse of US power and influence, both parties are culpable for the senseless deaths of multitudes worldwide.

This zombie empire and its planet-decimating, neo-liberal death cult are marching toward the boneyard of history. What an empire contributes to the world is equivalent to the carnage an army of zombies inflicts upon the scenery of B-movies. Zombies (neither living nor dead creatures that create exponentially larger numbers of themselves) are an apt metaphor for the entropy inherent to closed systems -- the exponentially destructive force of The Second Law of Thermodynamics.

Still an' all it's fun for the kids, and for us, as we open the door, bowl of candies in hand, and see the faces of the tiniest ones filled with excitement and puzzlement, wondering what the heck this is all about....but loving the sweeties involved.

Spotted in yards this afternoon 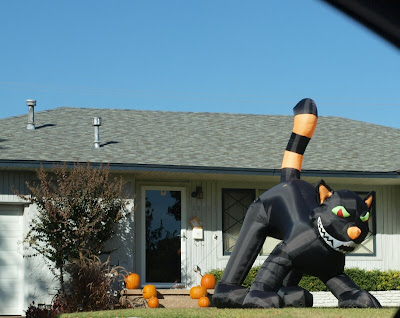 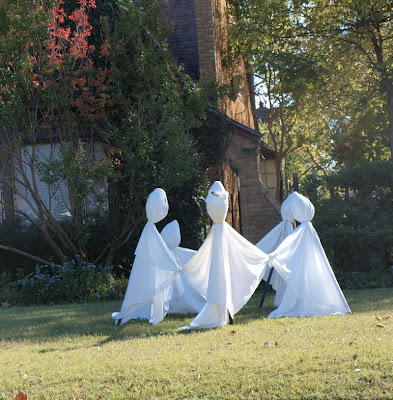 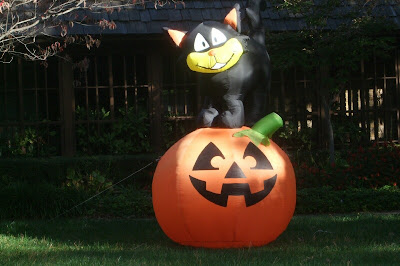 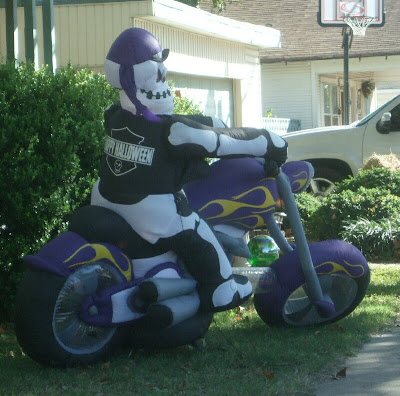 The thing that gets me about all this is that Samhein is a valid spiritual date in the calender for many spiritual people. Same as Mumbo Jumbo, originally a masked dancer in Mali spiritual traditions.
Throughout society, political correctness only goes so far, it seems.

anthonynorth ~~~ I see little harm or insult in marking the date in the way that has become a tradition for some, AN.

Political correctness, as I see it, is needed to avoid unthinking personal insult, and to remind people of a need for good plain courtesy to others. I don't think providing fun for children is going to insult even the most spiritually oriented individual.

And there are those who would banish our "Demons" forever.

anyjazz ~~~~ Oh yes! Local school sports teams - their title looked upon with horror by those who also......

I think all of it originated in Ireland with the turnip carving and the souls to be saved as in the time of Samhain the veil between the living and the dead is the thinnest. I remember doing my bit, running around the church and plunging in again to save another soul.
I've done some research on what's happened to it and how it has been warped into a far different event now and written on this for some Irish mags.
XO
WWW

WWW ~~~ Yes, I can imagine its roots being in Ireland. As Scotland and Cornwall are also big in Celtic tradition and background, the tradition probably crossed the sea (both ways?)

It's strange, and interesting, how these churchy traditions eventually evolve so as to take in a more secular crowd of non-believers, or semi-believers.