SOME PROVERBS ARE IRRITATING - HERE IS MAYBE WHY

In most people's lives certain events that happen are "covered by a proverb". Sometimes the "popular wisdom" helps overcoming an upsetting situation, at other occasions a proverb, especially if mentioned by someone else, can be felt like "rubbing salt into one's wounds".

Best is to look at this "case by case". The selection of proverbs hereafter is fatally limited and subjective. Astrology as such has nothing directly in common with proverbs, except for some sayings like "a misfortune comes seldom alone". In which case the term "disaster" can be a possible link: a series of un-harmonic events (transits). Or "jamais 2 sans 3", as the French say: Never two times without a third one. This is well known in astrology. Whenever a planet is retrograding, thus passing for a second time (but in reverse motion seen from the earth) a given degree of the Zodiac already visited and, when going direct again, passing it for a third and final time. Often major events in people's lives go through these 3 stages, sometimes quite prolonged, depending on the speed of revolution of the planets involved. 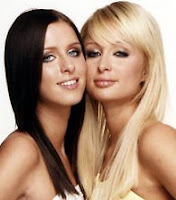 PROVERB ONE: "If the grandfather made a fortune, his grand-son will probably be beating the drum in some night-club". A contemporary example: actor Kirk Douglas and his descendants. Or Conrad Hilton and his great-granddaughters. Or more in the past French King Louis XIV and his great-grand-son, who ended under the guillotine. Or John D.Rockefeller's successors or those of the Vanderbilt's, etc.
(Photograph: Niki & Paris Hilton, great-granddaughters of Conrad Hilton)

PROVERB TWO:"A new broom sweeps clean". Obama, as seen after 2 years of "brooming" gives the impression that the job at hand was greater than that broom can handle. Sarkozy in France is running into the same problem. This happens all the time, especially in politics. All over the world. There are simply few true
leaders, as a rule. One of democracy's failures is the "one man=one vote thing". People are so easy to be bought - then vote for whom they believe to be the right one and find out it was not... 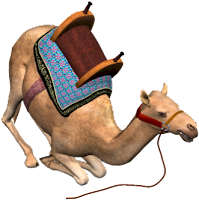 PROVERB THREE:" A saddled camel passes only once in a lifetime". Whoever missed an opportunity, will "adore" being told that one. It's worse than a cheap consolation. It's a condemnation, a punishment for having been asleep! I personally experienced such a missed opportunity when I had a Mars transit over my natal Saturn. Small benefit however: It showed me not to block myself in expectation of what an adverse transit might do (or not do). And not to depend on my own astrological predictions.

PROVERB FOUR: "It takes a thief to catch a thief". If my understanding is correct, this is also said somewhere in the New Testament where "humans are considered as being more apt at solving their problems amongst themselves then more saintly entities would be able to do".

The trick with the two cops, the good one and the tough one, goes along with this saying. Isn't the good cop gaining sympathy by manifesting some solidarity with the "thief under suspicion"?

PROVERB FIVE: "The husband is always the last one to know". Offensive to many (correct) women and offensive to all men, when they are told this proverb after "something of that sort has happened". An old classic going in this direction is "Lady Chatterly's Lovers". 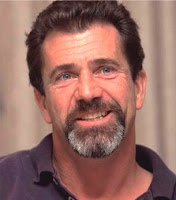 PROVERB SIX: "Love is blind". This is often heard by young people who "step outside what their parents would have wished". Quite normal, youngsters have to experiment. When it get's hairy is when "an old fool" has to hear it after having succumbed to the charms of some younger lady, or worse. Have to think of Mel Gibson. He is no angel by any means, but at least he serves for illustration needed here.

PROVERB SEVEN: (Chinese) "Who does not include luck in his plans, may unexpectedly find it". John W. Wright, the oil drilling specialist who finally plugged BP's Macondo well in the Gulf of Mexico. An engineer who appears a truly serious person. He says having chosen this proverb as his guidance. By his own admission he is not a fast going operator, but has seldom failed to accomplish what's demanded of him. And, being the world's recognized "best oil-well salvage man", his services must be expensive. Had BP hired him earlier, he would have been cheap!

PROVERB EIGHT: "Ask no questions and hear no lies". Here in Brazil, a new electoral law is having great difficulties to be implemented. The law was voted under the best (but utopic) intentions to prevent a politician with a dubious past record (must have been sufficiently serious to be sanctioned by a condemnation in court) to be able to run for office in future. It just won't work, ever. Politicians have a habit here (and elsewhere) to strictly adhere to another proverb:"One hand washes the other"...

PS. If there is need to wash a politician's hand, it's to take off
some traces of grease, not simple, "common dirt".

"What does not kill us makes us stranger."