I welcome a guest post today from Gian Paul in Brazil - the first of many, I hope.

NOTE: In order to avoid confusion about the term Maya in the context of this post:
Columbia Encyclopedia:
maya (mä'yä), in Hinduism, term used in the Veda to mean magic or supernatural power. In Mahayana Buddhism it acquires the meaning of illusion or unreality. The term is pivotal in the Vedanta system of Shankara, where it signifies the world as a cosmic illusion and also the power that creates the world.

And in more detail at Wikipedia's section on Maya

MAYA - ALL ILLUSION?
by Gian Paul 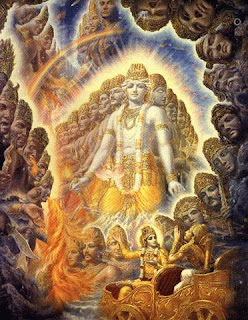 The Hindus may have a point with their concept of Maya. If it's a concept. Maybe it's far more than that and if we "knew for sure", that could be "mind - shattering" indeed.

A common misconception in the Western world is that Maya is the illusion. That's not quite the case as it is Maya which CREATES the illusion(s). In astrology we may be facing a similar phenomenon: it's not the planets or their respective positions, transits, etc. which originate anything. The cause for any event or situation to materialize is beyond the planets. They however obey in their cycles to the same forces to which all events obey. So they coincide and/or converge.

I once read the following bon-mot:

"Said the board to the nail, why are you splitting me? Said the nail, look for the one who is hitting me"...

The original, biblical chaos which the Grand Architect reportedly "put into order", could explain why everything became thereafter connected. Humans in general may not see that but astrologers at times manage to glimpse some part of it by deduction from repeatedly having observed coincidences which then turn out to be probabilities and even more than that.

Here's a quite funny story told in India, reportedly by one of Vishnu's sub-deities. Like the ancient Greek gods, the Indian ones also, and still today, like to mingle with beautiful girls down here on earth. And they have direct descendants, but they are simple humans, entirely subject to the effects of Maya. One day this sub-deity could not resist visiting one of his sons on earth and engaged in a "serious conversation". During which the son in question wanted to know more about Maya from his celestial parent. So here a short transcript:

Son: When I was young I fell in love, got married, had several children and continue to care for them all. Including for my wife from whom I am now divorced. It's not always easy and by far not an illusion. I only have to look at my bank statement at the end of each month!

Celestial Father: When I spent that night with your mother which then turned out to be the event responsible for you being born on earth, I had told her that for one night she should believe that all is an illusion, result of Maya, and therefore of little consequence. As she was in love with me she accepted that. For a short time she entered the "realm of illusion" which I was proposing.

Celestial Father: No. For those who wish it to be true it's not an
illusion. But as there is still money coming into your bank account at the end of every month, you may have difficulties in understanding that.

There are other versions of this story, but they are less convincing. One of them being that the Son was born in heaven, close to his Celestial Father, but had wished to live on earth. So he was given permission to go ahead but also warned that it would be all an illusion. After which exactly the same happened to him on earth as related above. When he met one day again with his Celestial Father, he was asked if he would now prefer to believe that "all was illusion". He readily accepted and returned to where he had come from.
Posted by Twilight at Tuesday, July 27, 2010

I haven't been able to come to any conclusion about Maya, life and illusion. If life IS an illusion, we don't have much choice but to take part in it, whereas most other illusions are voluntarily entered into.....I think.

Maybe the word "illusion" is misleading, or the way it has now come to be used. Maybe there'd be a better word to use in this context.

Life is certainly transient - unlike the rocks beneath our feet.


hmmmmm - It's another don't know for me then gian Paul - but a thought provoking piece!

If children adore assisting to a show by a good magician, most adults do so as well. It's probably because for children a magician is an extension of their childhood "reality".

Adults may wish to spend a moment of illusion which, as it is produced by the magician, is therefore something paradoxically true, a "declared illusion". Plato's analogy of the Cavern is in contrast a tragic description of the way humans mostly spend their lives.

And they seem to demand more of it, every day. How else could Holly (-and Bolly-) wood be doing so well?

And most of commerce etc. - where all is driven by publicity and similar mind-bending techniques!

gian paul ~~ Ah yes - there are many, many ways of creating illusions for others, sometimes also known as brainwashing or mind control. Scary stuff, which I think goes on quite a lot these days, the practice being supposedly unknown to the "victims".

In that way, yes parts of life can be an illusion. Love, religion, politics - even astrology can all, in some circumstances, be illusional, with help from an outside source.

But is Maya THAT kind of illusion, or something more all-encompassing I wonder?
:-)

I repeat my understanding that Maya is not the illusion - but creates illusions. All, modern publicity, most of religious beliefs, much of science (!) - one has to think of all the errors occurring in medicine, i.e. how many cures turn out to be almost the contrary of what they claimed to be? And medicaments with nil effect, even not as good as a placebo?

The list is long. At the top there is probably what the Hindus and Buddha himself were referring to by saying that "all except the center is not that" - neti in Sanskrit.

gian paul
Hmmm - I see - I think: trying to get my western head around eastern concepts. Thanks for the further clarification. :-)

I do have a western mind too - and stobern at times. Imagine that you were a wave of the ocean, among all other waves. Being made of water, the same water as the other waves or the entire ocean.

From the moment you "cease to be a wave" (either you landed on shore or the ocean went completely calm) where is "you"?

gian paul ~~~ "Where is you/me"
Still part of the whole I guess, but without individual identity?

There was a song by French Antoine, contemporary of the Beatles: "Et moi et moi? Et 1 milliard de Chinois!

gian paul ~~ I see it on YouTube - by another French singer, Jacques Dutronc Et moi, et moi et moi
first verse - of many: I found a translation for any passing reader who might be interested and not into French

How many more Chinese will there be? I vaguely remembered that song, even wrongly thought it was by Antoine. The melody is still fresh in my mind.

Thanks (also for whom does not speak French) for your corrections, Twilight.

On the number of Chinese: when they were "only" 700 million, in the 60's, the "péril jaune" (yellow threat) was real, kind of "Nostradamic" or atavistic in Europe. Today they have almost doubled that figure and the "commercial global machine" hopes that they will again start having many more children than just one per family.

Only in China, it seams, such huge experiments in the human laboratory appear to be possible.

But talking of individuals as waves on the ocean, there are less and many more at times. Even with no end...

PS. Question for the "reincarnationists": if there are growing numbers of people being born, where do the necessary souls come from? Is there a buffer-stock? But then that stock would have to be considerable as humans must have multiplied by over a 100 times in the Christian Era alone.

Or possibly the speed in soul-rotation can be increased, to make up for increasing numbers.

Or souls may go from one galaxy to another.

Or souls can be fractioned into ever smaller bits. Until reaching "atomic powdering".

gian paul ~~~ Antoine was connected to the Et Moi song in a way though - apparently Dutronc wrote it as a kind of spoof song referring to one of Antoine's "hits", so the song Et Moi Et Moi Et Moi wouldn't have existed without Antoine.
:-)

Yes I remember many decades ago people used to say that China was the country that'd rule the world one day. The "Yellow Peril" was a rather nasty way of expressing it though, to our now more PC trained ears.

Any Chinese I've met (not many) always seemed kindly, mild characters, not aggressive at all.
The stereotypes in the UK and USA run laundries, restaurants, are keen gamblers (odd!), and are quite petite physically. Not sure I see them as "taking over the world" any time soon, except perhaps through $$$$$$$$$$$$.

I'm cynical about souls and reincarnation. I think perhaps these are fables invented to make us feel better about life and death - wanting to persuade us that this isn't all there is. I think that it is all there is, and why worry about it?