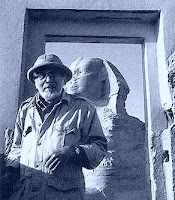 These words of wisdom are taken from The Case For Astrology by John Anthony West, published 1991 (500 pages). The author presents "compelling new evidence that proves the astrological premise: that correlations exist between events in the sky and on earth, and that correspondences exist between the human personality and the positions of the planets at birth."

John Anthony West is described on the dustjacket not as astrologer, but as "writer, scholar and Pythagorean, born in New York City in 1932." This book entitles him to be included in the "Astrologers' Words of Wisdom" set - none moreso in fact. In his blog John Anthony West's Phoenixfire Blog (not updated since 2008) his profile reads: "Rogue egyptologist and mystic in skeptic's clothing." Perhaps the blog was superseded by his website (here). 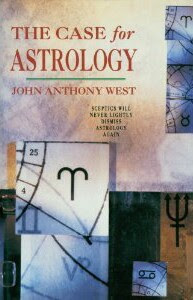 This book, addressing astrology and its opponents, was something of a departure for Mr. West whose books have concentrated mainly on Egyptology. Good on him for taking the time, hard work and enthusiasm to produce such an excellent volume on this different, yet related, topic!

In the Summing Up section under the paragraphs headed Conclusion he writes:


For the universe is in every one of its manifestations and interchanges nothing but order and coherence - though that order and coherence is invariably the outcome or result of a fundamental drama in which the forces of order prevail over the forces of disorder. It is this drama that is the basis of so many of the Creation myths all over the world, in Egypt for example, expressed in the battles betweem Seth and Horus, and the Osirian cycle of death and rebirth.

But if disorder or randomness were the essential characteristic of our world, the norm as it were, and order merely an accident, there could be no science in any meaningful sense, since nothing would be measurable, repeatable or predictable - and measurability, repeatability and predictability are cornerstones of the scientific method.

Yet, it is a fact that not a single one of astrology's many and vociferous foes addresses this aspect of astrology (astrology as a paradigm of cosmic order), while virtually every serious book that attempts to defend astrology within the framework of our modern understanding insists upon the existence, reality and validity of these metaphysical and Pythagorean principles.*

This impasse is probably beyond resolve. For it does not rest upon proof or disproof, the desire for objectivity, or even upon deliberate bad faith and stupidity on the part of astrology's opponents, though there is no shortage of either. It rests ultimately upon psychological factors, upon levels of understanding, and upon different - and diametrically opposed - ways of viewing the world.

*Footnote: The extreme science-oriented wing of astrology is an exception. Its proponents accept the scientific evidence as it stands but are as uncomprehending of the metaphysical implications as the skeptics

I think it a shame that in this so-called "modern" world we have lost track of the power of astronomy and its values.
It has much to teach us.
XO
WWW