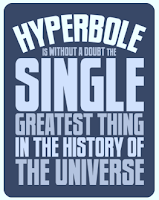 Jupiter, biggest planet in our solar system, rules all that is exaggerated, promulgated, published or expanded. Hyperbole, the figure of speech, matches all of those, so I'd say that Jupiter clearly rules hyperbole, and its modern journalistic contraction: hype. 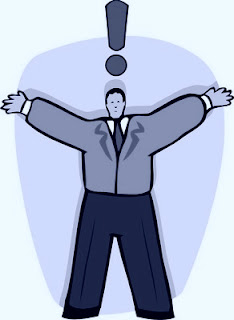 I've found that people in the USA tend to speak and write in a far more hyperbolic fashion than most of my fellow-English folk. The English, those from northern England in particular, tend to shy away from exaggeration. The diverse mix of nationalities that have melded together in the USA, over a couple of centuries, no doubt accounts for what I've noticed in their mode of expression. But could there be an astrological link too?

In astrological charts popularly used as the "birth" charts for the USA - based on 4 July 1776 (or 2 July 1776 which is the one I prefer) both show Sun and Jupiter close together in Cancer: 5 & 13 or 5 & 11 degrees respectively. The 4 July chart linked above also has Sagittarius rising. Sagittarius is the home sign of Jupiter !

In the chart for "birth" of England: 25 December 1066 (I emphasise England as opposed to the UK or Britain, for simplicity), Jupiter lay in discerning Virgo, conjunct Saturn(the limitor and restrictor), but in harmonious trine to Sun in Capricorn, (Capricorn being Saturn's sign of rulership). I'd translate that as indicating a clear limitation on exaggeration, which, though seldom indulged in is well understood.

The English are generally considered to be a phlegmatic race, often possessing a dry wit and a steady demeanor, unlikely to be self-aggrandizing. As national characteristics these are generalisations, of course - as is my feeling that in the USA hyperbole is almost a way of life. My own hyperbole! Simon Cowell on the American Idol judging panel gave the lie to my generalisation about the English. He regularly would pronounce the performance of some hapless vocalist as "the worst I have ever heard". Pure hyperbole. He has obviously been in the States too darn long!

May as well throw in an example of hyperbole I hear or read frequently, and complain about to Himself: the use of "hilarious" to describe something that is, at best, mildly amusing.

Words of wisdom - from an Englishman:

The speaking in perpetual hyperbole is comely in nothing but love
Francis Bacon, Sr. quotes (English Lawyer and Philosopher. 1561-1626)

Sorry if I seem pedantic T, but why use the 25 Dec 1066 for the "birth" of England? That is really the year of the last time England was invaded by the Normans.

The word England according to the Oxford English Dictionary was first used around 897 to denote the southern area of our island and was a unified state by 927. So England already existed before William the Conqueror landed. Harold was the English King.

The word England is supposed to derive from the word Angles the name of one of the Germanic tribes that came here in the 5th and 6th centuries.

It's a tough one to pin down really as the island has been populated for 35,000 years so when is the "birth" of a nation such as ours to be pinpointed. We certainly have had a diversity of peoples for many millenia.

PS On the question of Ages I like to think that like the direct and apparent retrograde motion of the planetary bodies we may be in the Age of Aquarius but will go back and forth over the threshold for a period of time while we evaluate what from the last Age to take forward with us into the next one.

I saw an interesting statement the other day..."History is the evolution of thought" Maybe the access to the Hall of Records is developing all the time.

Rossa ~~~ I used that date 24 Dec 1066 because it was the one I found on-line, without doing a lot of complicated research, which I realised could get very tangled!

My personal view is that charts for nations, or any inanimate entity are of limited (if any) value, but because most astrologers seem to accept them, I go along with it. I do occasionally find odd little things like the one I've mentioned here to be interesting coincidences.

The post is really all written with tongue in cheek. ;-)

Re the Ages - another tangled question, to which there is no certain answer. Yours is as good as any.....and a quote comes to mind from....can't remember who "There are no walls in space".
That makes sense to me, and emphasises what I feel, that the delineations of boundaries in astrology are all manmade - and therefore subject to question or modification or.....whatever.
:-)

A farmer in Bedfordshire once told me the following, I believe true story: One of his uncles who had emigrated to the US to be a farmer there came back to England visiting. And told everybody there how big his farm in the US was. It took, he said, a whole day to go around it by car!

Then the Bedfordshire man told him that that happened to him as well, with the car he was driving...