While searching for artwork related to astrology, I came across this print by English pop artist Richard Hamilton. The artist's name wasn't familiar to me, but I liked the print so delved further.

Richard Hamilton has been dubbed "Father of Pop Art". It was he who coined a name for the genre in fact, and has influenced many artists who came after. He's still around, aged 88, still working too.

Hamilton's best known work is a 1956 collage often cited as the beginning of English Pop Art: Just What Is It That Makes Today's Homes So Different, So Appealing? It was originally intended to be a poster advertising a famous London exhibition, This Is Tomorrow. 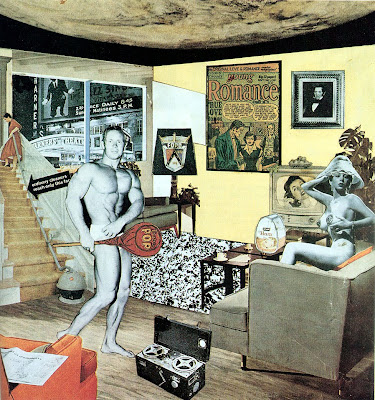 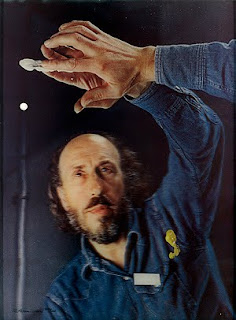 Hamilton takes pride in variety. His work ranges from book illustration, for instance his 50-year stint illustrating James Joyce's Ulysses, through collages, sculptures, politically charged pictures, digital images, and straight-ahead painting. He's a friend of Paul McCartney and designed the now famous cover of the Beatles' White Album along with the poster which accompanies it. The album cover, one might think, needed little in the way of design - but the story goes that it was made deliberately simple after the uproar following a previous album cover showing the lads with butchered body parts and dolls' heads.


Richard Hamilton was born in London on 24 February 1922. No birth time available so 12 noon chart is shown. 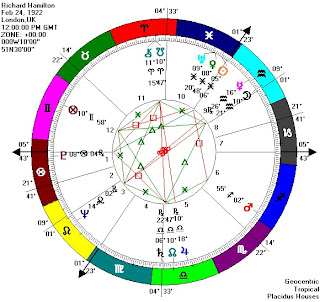 Sun/Venus/Uranus conjunct in Pisces, Moon (whatever the birth time) in Aquarius with Mercury. It's all there, in a nutshell! Sun (self) Venus (art) Uranus(the unexpected, avant garde, eccentric) all closely linked in Pisces (creativity and dreams.) Moon (inner self) and Mercury (communication, mental process) in Aquarius, sign ruled by Uranus (as above). As if that weren't enough to describe him, there's a Yod (Finger of Fate) linking Saturn (work, business) and Neptune (creativity) via sextile, then both planets via quincunx (150*) to Uranus. This formation is interpreted in astrology as a funnelling of the sextiled planets' characteristics through the planet at the apex via its own characteristics. So here, creativity and business are blended, then channelled into the world via a changeable and often unconventional style.

Barmaids Miss Douce and Miss Kennedy from the "Sirens" episode of Ulysses. 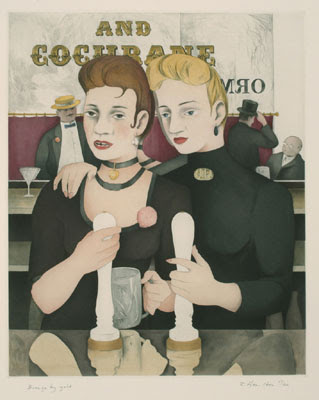 The Transmogrification of Bloom (Ulysses) 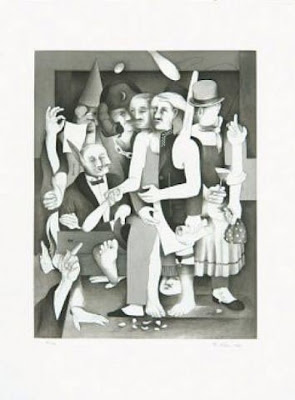 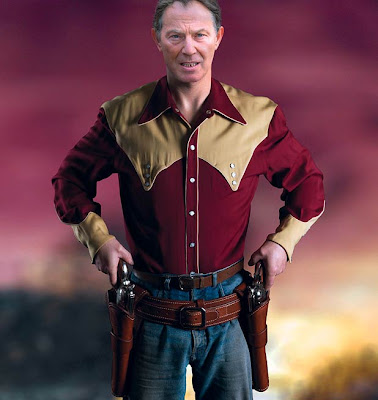 English politician of the mid 20th century Hugh Gaitskell, disguised as Phantom of the Opera . Hamilton was furious about his refusal to get rid of Britain's nuclear deterrent. 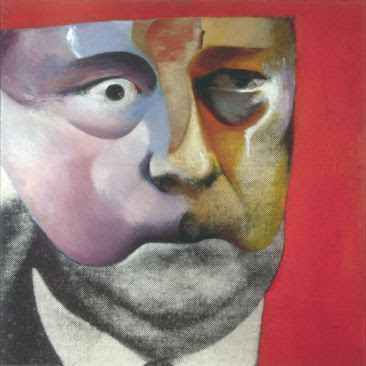 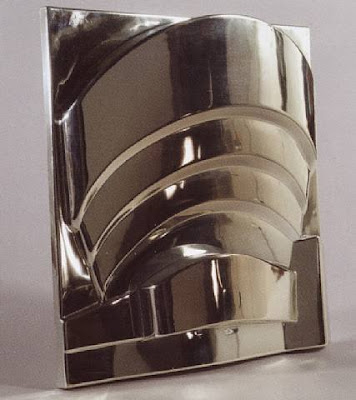 Mick Jagger, and the art dealer Robert Fraser, in handcuffs following a drug raid ( from the Swingeing London series, 1967 - 1972) 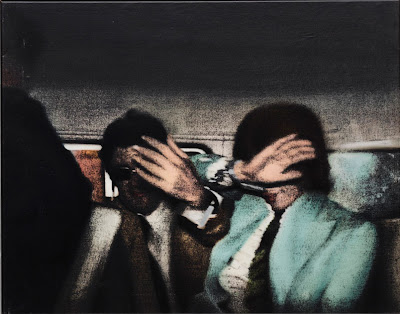 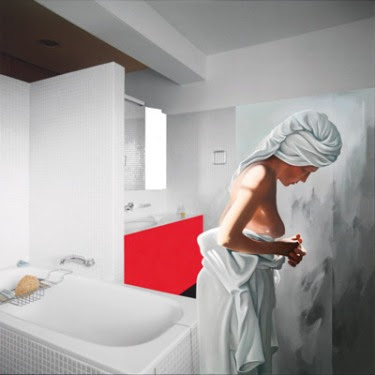 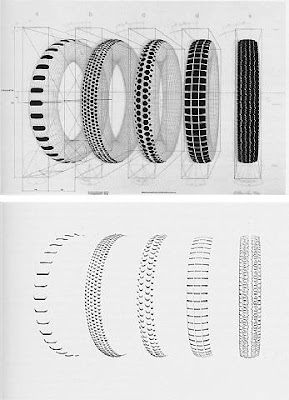 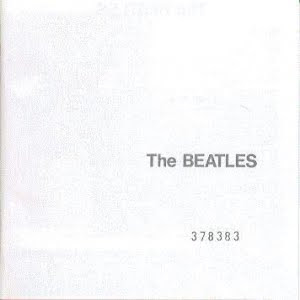 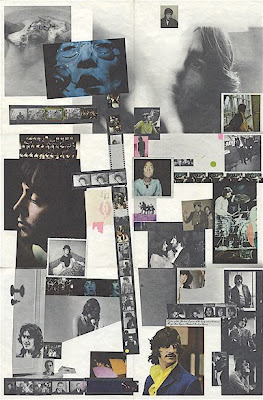 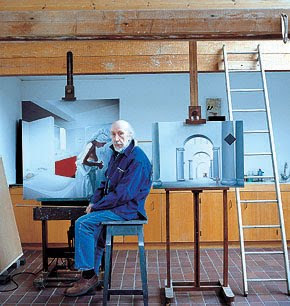 Thanks T, what a talented artist, I'd never heard of him.
XO
WWW

How good you change subject with the days of the week. Have not yet quite uncovered the entire logic, but Friday definitely is Venusian and belongs to art.

But then there is also Monday, Music.

Maybe you should explain, or refresh for whom is new to your blog.

WWW ~~~ I bumped into him quite by accident. Interesting fellow.
:-)

gian paul ~~ Oh it's not that deep gp. It's just alliteration.
Music Monday. Wednesday Woo-Woo.
Arty Farty Friday. This provides a bit of framework and something to focus on when looking for ideas. I think Music Monday has been something of a blog tradition elsewhere too though. I did a few Monday Marinades a while ago, featuring chefs - but ran out of material. :-)

Informative post. Thanks for bringing me up to date!