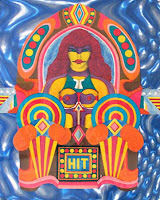 My feeling of a link to the Beatles was triumhantly justified when I happened upon some websites showing the famous cover of their Sergeant Pepper album. 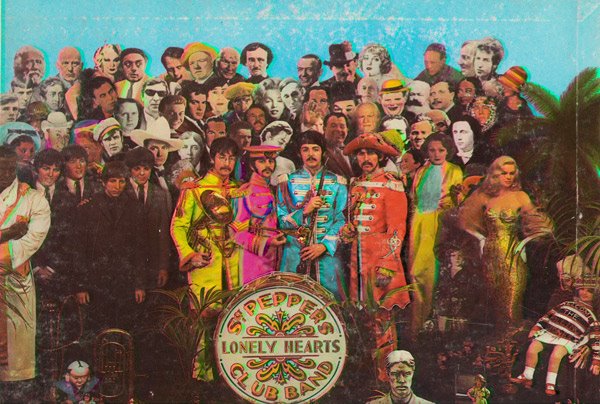 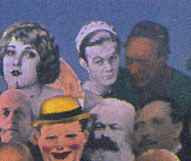 Richard Lindner is one of the numerous faces featured there, the cover was said to be a kind of homage to people they admired.....Lindner's face is behind George Harrison - not immediately behind, but the next one up, and below a female face.

Back to the astrology of artist du jour: Richard Lindner. He was born in Hamburg, Germany on 11 November 1901. His family moved to Nuremburg , later Lindberg studied in Munich but at the rise of Hitler and the Nazis he escaped to Paris, then in 1941 traveled to New York, where he worked as illustrator for various glossy magazines. He became an American citizen in 1948. He later taught at the Pratt Institute and Yale University.

His natal chart is set for 12 noon as no time of birth is available. 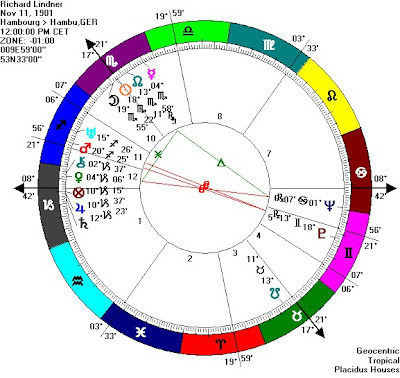 It's another of those distinctive-looking charts, with all personal planets clustered within just 3 zodiac signs: Scorpio, Sagittarius and Capricorn. Two outer planets Pluto and Neptune lie roughly opposite. Some astrologers class this type of configuration as a fan or bucket pattern, the "odd" planets form the handle. In this case, because the handle planets are outer, slow-movers which relate to whole age groups, I'm not so sure this applies.

What we can say about his personal planets is that though they are clustered close together, they still present a fairly well-balanced picture, element-wise and mode-wise. In a nutshell Lindner's Sun, and Moon (whatever time of birth) in Scorpio indicate an intense character, one with the ability to see through pretense and get to the core of things. A spot of Sagittarian exaggeration from Mars seeps into all of his art - it's his trademark in fact, along with the bright garish colors, as can be seen below. Venus Jupiter and Saturn all in Capricorn reflect a basically practical, rather than whimsical nature - and perhaps the strange flatness of his paintings comes from the Capricorn and Saturn in his nature, both link to limitation and structure. He lets himself go on color and content but limits himself in depth and perspective.

In this quote his art is described as "erotically drawn" (Scorpio) "highly defined", "mechanistic"(Capricorn/Saturn):

His work has been described by art critics as "mechanistic cubism." Infused with personal imagination, his style has overtones of the "Cabaret-Berlin" culture of the 30's, with flat areas of often garish colors, separated by highly defined edges. His subjects, too, seem to come from that era. His women, archetypal in this respect, are often corseted, erotically drawn in a garish and generic, rather than individuated way. Streetwalkers, continental circus women, and men in uniforms populate the Lindner landscape

HOW IT ALL BEGAN 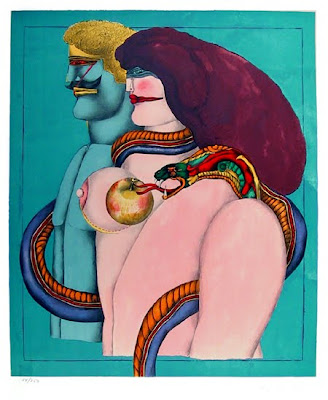 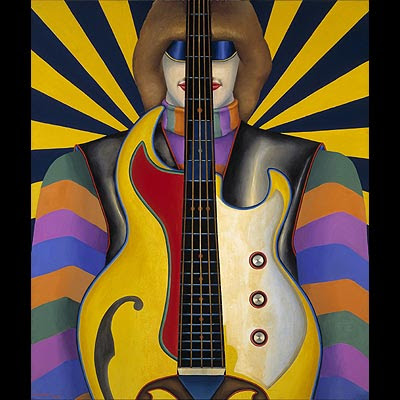 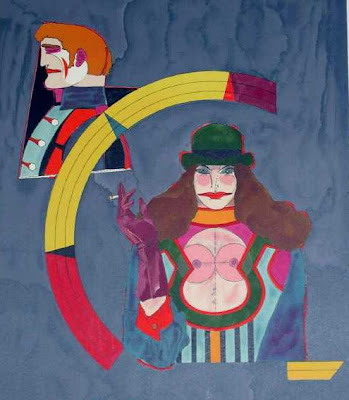 HOMAGE TO A CAT 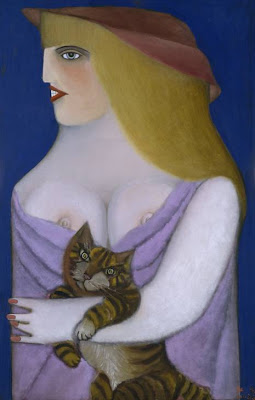 PILLOW AND ALMOST A CIRCLE 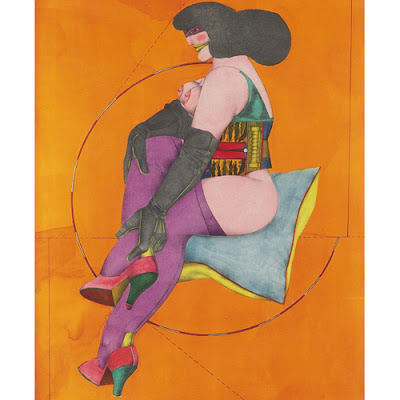 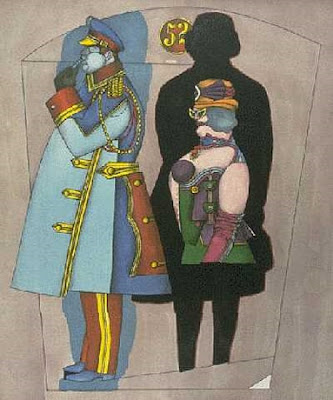 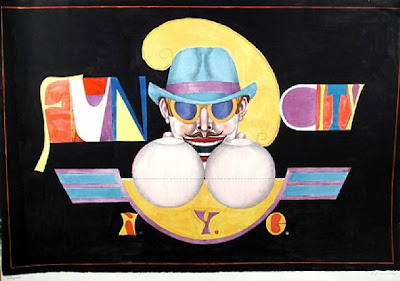 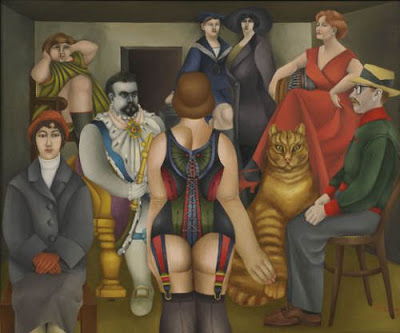 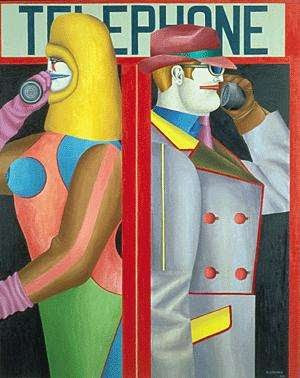 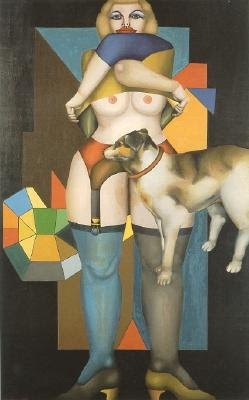 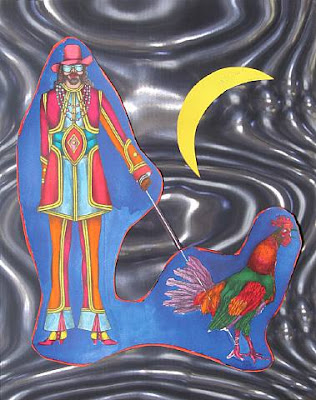 Did you notice that the two images from Sergeant Pepper are not the same? There is an extra face in one of them.

Is that some new program from Adobe? Let the good times roll.

Hmmm - yes. I read that at least two faces were excluded from the finished piece. Wiki says

Actor Leo Gorcey requested payment for inclusion on the cover, so his image was removed. An image of Mohandas Gandhi was also removed at the request of EMI (it was airbrushed out), who had a branch in India and were fearful that it might cause offence there\\but the face in the small cut out doesn't seem to be either of those.

More on Sgt.Pepper LP cover at