This day in history has brought forth more than enough of the bad and the ugly, reflecting the very worst that late Scorpio has to offer, but there was one very good event. It happened just 100 years ago today: 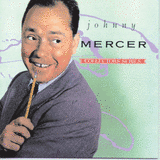 Johnny Mercer, American lyricist was born 100 years ago today. A brilliant songwriter whose work will live on until there's nobody left to sing it. He had Sun and Mercury in Scorpio with a Grand Trine linking Sun, Neptune and Mars in Water signs. A list of many of his songs here .
- How could one man write so many wonderfully poetic lyrics ? Truly - they don't make 'em like him anymore. He died in 1976.

THE BAD
1421 – A seawall at the Zuiderzee dike breaks, flooding 72 villages and killing about 10,000 people in the Netherlands.

1929- Grand Banks earthquake: Off the south coast of Newfoundland in the Atlantic Ocean, a Richter magnitude 7.2 submarine earthquake, centered on Grand Banks, breaks 12 submarine transatlantic telegraph cables and triggers a tsunami that destroys many south coast communities in the Burin Peninsula.

1999 – In College Station, Texas, 12 are killed and 27 injured at Texas A&M University when a massive bonfire under construction collapses

1978 - The worst case of murder-suicide in history took place in Jonestown, Guyana. Religious-cult leader Jim Jones (Peoples Temple) directed the ingestion of Kool-Aid (laced with cyanide) by at least 900 of his followers. He and his mistress then followed suit. Earlier in the day, Jones had directed the murder of California Congressman Leo J. Ryan, three newspeople and several ‘defectors’. Ryan, on a fact-finding tour of Jonestown, was boarding a privated airplan with the small group when they were shot down.

Quite a time for disasters. What happened at Jonestown has fascinated me for decades. A very strange and tragic incident.

WWW ~~~ the area of the zodiac called Scorpio is thought to have two distinct sides, that's why it has 2 symbols, scorpion and eagle.
When it's good it's very very good, and when it's bad it's horrid(like the little girl in the nursery rhyme) ;-)

These incidents of disaster are well spread out, year-wise. If we went into the detail and exact time of the incidents there would probably be another factor involved, like a trigger, or like lighting the blue touchpaper of a firework.

In the case of the natal chart of an individual, same applies, depends on the rest of the chart and how Scorpio planets are placed in relation to the rest. But Scorpio does seem to have the potential for negative stuff, I think moreso than other signs.

anthonynorth ~~ Yes, difficult to understand how people can become so brainwashed.