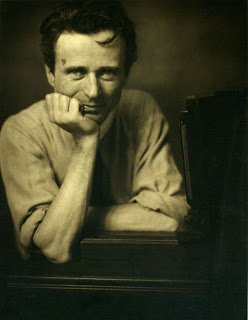 It's good to get requests now and then - makes me feel a bit like a DJ, gives me illusions of grandeur ! A reader's request has led me to investigate the work of Edward Steichen, artist and photographer.
(Self portrait, left.)
I wasn't familiar with the work of this artist/photographer, but having seen some of it on-line, I'd definitely want to visit any available exhibition featuring it.

Edward Steichen was born on 27 March 1879 in the tiny Grand Duchy of Luxembourg, which lies between Germany, Belgium and France. His place of birth is recorded as Bivange, a town of around 600 inhabitants which doesn't appear in my software's atlas, so I've taken the nearest town I could find in southern Luxembourg as basis for his natal chart. His family moved to the USA in 1881, settling in Michigan. Steichen became a US citizen 19 years later. An apprenticeship in lithography led to his earliest artistic endeavours. He took up photography from around 1895, but continued to paint as well. Steichen was one of the first photographers in the US to experiment with colour photography.

He travelled in Europe connecting with some other now famous artists and photographers. World War One brought Steichen the opportunity of involvement with aerial photography. The experience of seeing the horrors and devastation on the Western Front from the air persuaded him to concentrate in future on realism rather than his former love of impressionism.

"I am no longer concerned with photography as an art form. I believe it is potentially the best medium for explaining man to himself and his fellow man." 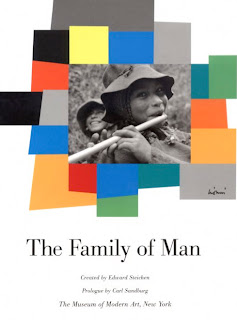 Between the wars he concentrated on commercial and fashion photography, his work was often seen in glossy magazines of the time. After World War Two his organisational abilities came to the fore. Steichen became Director of Photography at the Museum of Modern Art, New York. In 1955 he organised what became the most popular exhibition in the history of photography, The Family of Man. This was a huge, thematic presentation. To organize the extravaganza, Steichen spent more than three years sorting two million photographic submissions. The 502 photographs he selected represented the work of 273 photographers from 68 counties.

"At a time when the atomic bomb's potential for total world destruction made life seem fragile and uncertain, he affirmed the essential oneness of humanity and the universality of everyday experience. By underscoring the shared values and experiences of humankind and thereby erasing the distinction between 'us' and ''them,' Steichen sought to further world peace. It was a message that spoke powerfully to the postwar world."

In 1964 the Edward Steichen Photography Center was established in the Museum of Modern Art.

On his 90th birthday Steichen is reported to have said:

"When I first became interested in photography, I thought it was the whole cheese. My idea was to have it recognized as one of the fine arts. Today I don't give a hoot ...about that. The mission of photography is to explain man to man and each man to himself. And that is no mean function. Man is the most complicated thing on earth and also as naive as a tender plant."

Edward Steichen died in Connecticut, in 1973. 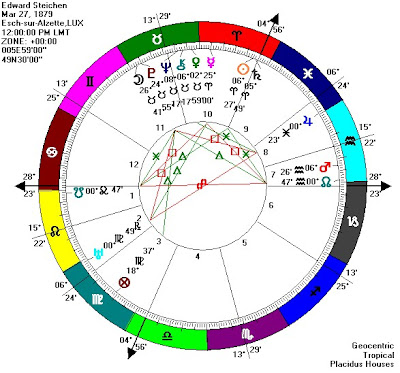 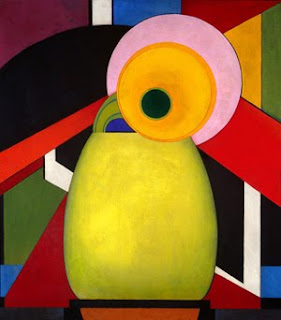 Sun conjunct Saturn in Aries doesn't immediately say "artist" to me. It says scientist , mathematician or lawyer. A little further research brought the answer to this astrological puzzle. Steichen began looking for inspiration in the natural world, following advice from his friend the sculptor, Auguste Rodin. This led him to an intense study of the mathematical ratios of plant growth. He taught himself plane and solid geometry and read complicated theory in his quest to discover nature's "golden mean." He had come to believe through his mathematical studies that a rectangle, when dissected into three triangles, each in extreme and mean ratio, represented nature's golden mean. He even conceived a children's book based on this principle(Right: He created Le Tournesol (The Sunflower) in the years after World War I, when he painted, photographed, and gardened at his home in Voulangis, France. The geometric patterned background reflects his studies). This is how Saturn conjunct natal Sun manifested in Steichen's case. Later in his career he displayed a very Saturnian flair for organisation - of art and photography for exhibitions.

Steichen is said to have been a keen gardener, breeding new varieties of delphinium and raising sunflowers and other blooms - a reflection of his three planets on the Earthy sign Taurus.

Venus, planet of the arts lies at home in Taurus, one of its rulerships, a clear pointer to his path in life, especially so as Neptune, planet of creativity and photography, lies within 6 degrees of Venus. Jupiter in its traditional home, Pisces, the sign ruled by Neptune in modern astrology, makes a helpful sextile aspect to Venus and a nice art/photography linkage!

Mars, planet of drive and energy in Aquarius makes a helpful sextile to Sun/Saturn in Aries. Aquarius represents the avant garde, and a draw towards social reform. Here his early experimentation with color photography is reflected, as well as his social conscience coming to the fore in his tour de force "The Family of Man" exhibition. 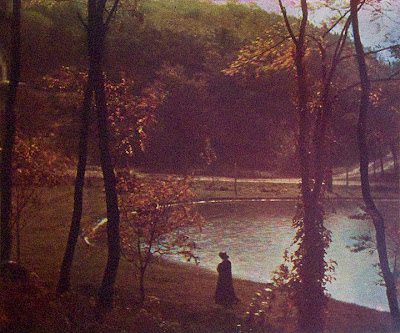 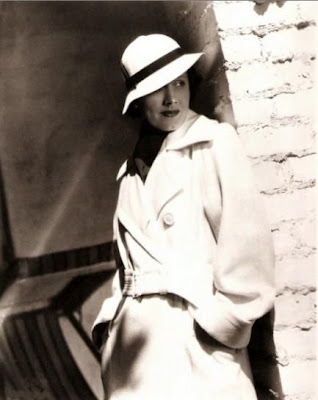 THE POND - MOONLIGHT 1904 (World's most expensive photograph. In February 2006, a print of the photograph sold for US $2.9 million, at the time, the highest price ever paid for a photograph at auction.) 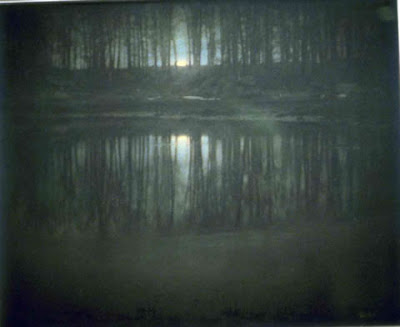 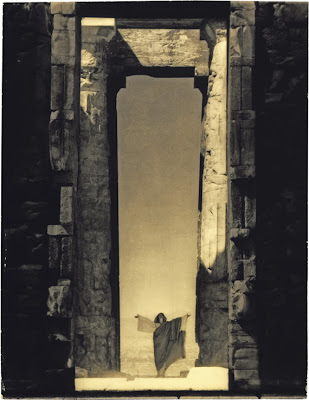 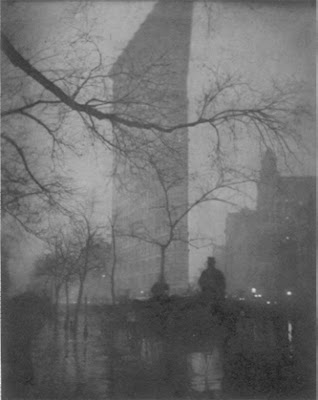 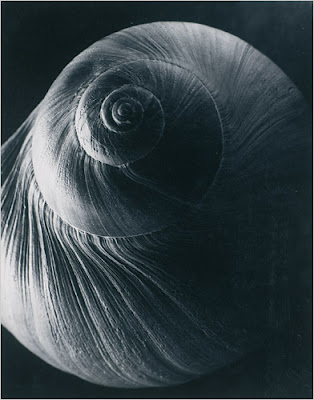 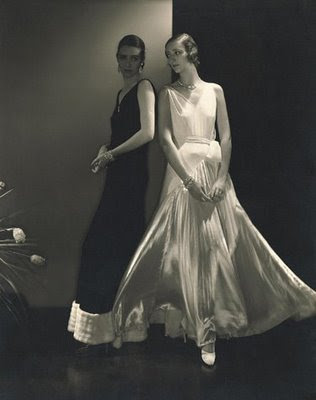 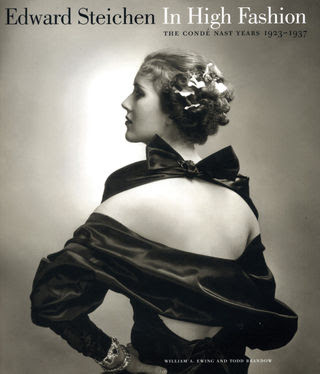 SELF PORTRAIT WITH PHOTOGRAPHIC EQUIPMENT 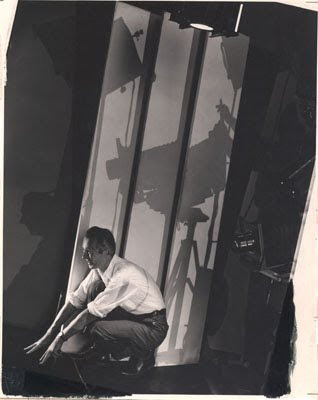 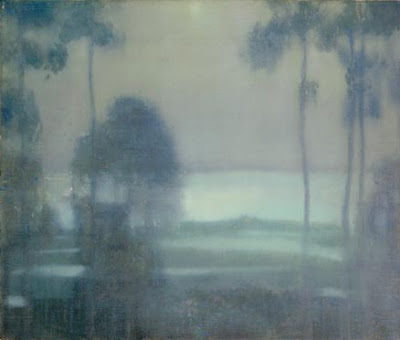 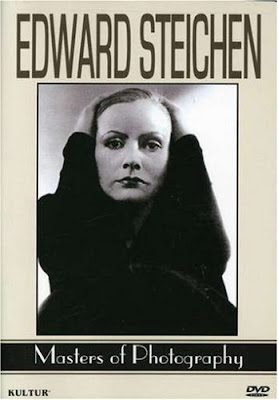 The Family of Man is a book I picked up in the early '70s, while working at a bookstore in Carbondale, Ill. It remains a classic I still go back to when I need a reminder of the sameness of humanity.

TNPOTUS ~ That type of book never loses value, does it? In fact it gathers interest with each passing decade.

Spooky that you should mention
"the sameness of humanity" because a kind of paraphrase of those words happens to be my last sentence in tomorrow's post, drafted a couple of days ago.
I hadn't made the connection between it and "Family of Man" until just now. :-) Synchronicity going on and I didn't even notice.