The Other Side of Thanksgiving. (No astrology) 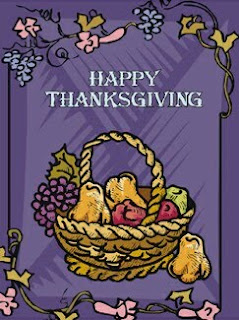 As a secular harvest festival, I enjoy the idea of Thanksgiving. When I delve into the background history of the holiday's origins, I'm less enthusiastic.

The Puritans who travelled, under great difficulty, to these shores from my own old homeland, England, were not a set of people I'd feel comfortable with. I pity the Indian tribes who first encountered them. The English Puritans were religious fundamentalists of the worst sort. They disagreed with the rituals of the Church of England , and were victims of bigotry themselves, in their own homeland. But as abuse begets abuse, so bigotry begets bigotry, and they became, if possible even worse bigots than their abusers.

Following many false starts and difficulties, a group of Puritans set sail for America in 1620, after first travelling to the Netherlands and living for some time in the more broad-minded atmosphere there. As it turned out it was far too broad-minded for the strait-laced Puritans.

They believed in the imminent occurrence of Armegeddon in Europe and hoped to establish in the new world the "Kingdom of God" foretold in the book of Revelation. They diverged from their Puritan brethren who remained in England only in that they held little real hope of ever being able to successfully overthrow the King and Parliament and, thereby, impose their "Rule of Saints" (strict Puritan orthodoxy) on the rest of the British people. So they came to America.

The Puritans/ Pilgrims saw themselves as the "Chosen Elect" mentioned in the book of Revelation. They strove to "purify" first themselves and then everyone else of everything they did not accept in their own interpretation of scripture. Later New England Puritans used any means, including deceptions, treachery, torture, war, and genocide to achieve that end. They saw themselves as fighting a holy war against Satan, and everyone who disagreed with them was the enemy. This rigid fundamentalism was transmitted to America by the Plymouth colonists, and it sheds a very different light on the "Pilgrim" image we have of them.

This, by Mather the Elder, is an example of their views. He gave special thanks to God for the devastating plague of smallpox which wiped out the majority of the Wampanoag Indians who had been the Puritans' benefactors. He praised God for destroying "chiefly young men and children, the very seeds of increase, thus clearing the forests to make way for a better growth".

So, I'll continue to look on Thanksgiving as a simple harvest festival, rather than pretending to celebrate something connected with a group of people whose attitudes I consider odious. I'll feel thankful for all that Mother Nature offers us, every day, in spite of our careless mistreatment of her.

Yes, the thought that comes to mind is: "Nothing changes...."

Perhaps the greatest ethnic cleansing ever, neatly brushed under the carpet as America deftly rewrote its own history books.

And it's spooky how the pattern remains, even after centuries.