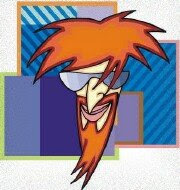 Back on 5 and 6 May I was considering coolness. Didn't come to any world-shattering conclusion on the matter, but came up with the questionable theory that those zodiac signs most likely not to give a hoot about opinions of others are most likely to add a soupcon of cool to one's natal chart: Aries, Scorpio, Virgo, Capricorn. I emphasise that these are not Sun signs - just zodiac signs, and part of any and all natal charts. It's when they are highlighted that the cool may seep through.

That's my story, and I'm stickin' to it.

Dean Sluyter offers his opinions on the topic of cool in an article at Huffington Post: "It's Official - Nobody's Cool". He reasons that because it is now revealed that Jack Kerouac, previously thought to be the embodiment of cool, was obsessed with fantasy baseball, he must be stripped of that legendary aura.

"Mr. Cool, the guy who started it all, was a geek. And if Kerouac's not cool, nobody's cool. What a relief! We can just relax and be ourselves. (That would be ... cool?)

Of course, Kerouac didn't really start it all. He got the cool thing from jazz musicians, hanging around the 52nd Street nightclubs during his brief stint as a benched football player at Columbia, transforming the laid-back-even-when-frantic rhythm of bebop -- the beat -- into Beat Generation prose, writing lovely poetic tributes to Charlie Parker's Buddha-eyes. 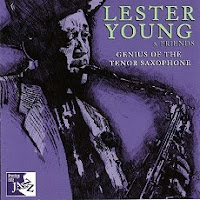 If anyone started it, it was Prez, Lester Young, half a generation before Parker. Somehow lightening and purifying the gutbucket sound of the tenor sax till it sang like an alto, Prez used that cooled-out voice to slice through the overheated busyness of early jazz, unhurriedly hanging behind the beat or somehow mysteriously hovering above it, in an ever-cool, rarefied realm not touchable by the mundane world of 4/4. And just incidentally, Prez appears to have been the first person to wear sunglasses as a cool fashion statement; he may even have coined the word "cool" as a term of approval."

(Butting in here with an strological note: Lester Young (27 August 1909) had Sun/Mercury/Jupiter in Virgo; Moon/Uranus in Capricorn. I rest my case, as stated above. (It was gettin' heavy!)

Interesting word, actually. In physics, that which is cool is that which exhibits less random molecular activity -- that which is more settled. Maybe real cool, the essence of cool, is inner cool, settled awareness, buddha mind, the nirvanic state.

In that case, we can amend our statement. Nobody's cool but those who have stopped shaking and stirring this jar of muddy water called the mind long enough so that the mud can settle and the water's natural clarity can shine forth. ....................."

My husband (avid jazz fan) agrees that the idea of coolness, in the sense I'm writing about, must have originated in music. Early jazz was thought to be "hot" ("The Hot Club of France" for instance). Then along came some now legendary musicians with a new, less frantic, cooler, very confdient style, and lowered the temperature.
Posted by Twilight at Monday, May 25, 2009

Laura - I guess so!
Chatting about it with the husband, the only clear conclusion we came to was that "cool" in this sense, isn't ever used in a negative way, it's always a term of approval. :-)

What Laura said.
There is absolutely no self-awareness in cool.
XO
WWW

WWW ~~~ It's always a temptation to try to understand and define it by we who are curious - and probably deeply uncool, though.
:-D Each generation has its own version, for lookers on to wonder about.

twilight, I think you are WAY cool! You're the ginchiest! You're the bees knees and the cat's meow!

Shawn ~~~ It's lucky I didn't have a mouthful of coffee as I read that, or my next job would be to order a new keyboard. LOL!

Thank you! - I'll accept ginchiest because I have no idea what it is - sounds interesting though!
:-D

You’re right I think. “Cool” can mean anything from “Yes” and “Okay” to an adjective evaluating a very copasetic situation or event. In graphic arts it is the softer side of the color wheel, the blues and greens. In music it is the soft or mellow tones of an opus that tend to relax rather than excite. The values change from time to time; a “zoot suit” is no longer “cool” but “retro.” But the meaning of “cool” has remained pretty static at least since I first heard the word many years ago.

I don't know what "ginchiest" means either but it sounds very positive. I didn't bite my tongue trying to say it. That’s something.

Anyjazz ~~~ Thanks for that - and I've learned a new word this morning -"copasetic" = never heard or read that one before, as far as I recall!