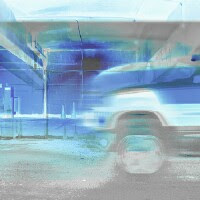 Most well-known songs have lyrics with an immediately obvious, non-adaptable meaning, but there are a few oddities which act in a similar way to abstract art, leaving interpretation open to the observer/listener. It's the second kind I'm concentrating on here, calling them Neptunian songs. Neptune is traditionally accepted as planet of mist, fog, imagination, dreams and visions.

Three such songs spring to mind: "Come Together" written by John Lennon; "One" by Bono; and Procol Harum's "Whiter Shade of Pale". The lyrics of each are open to several interpretations, shrouded in Neptunian mist, with strange, seemingly out of place references, using words almost as musical notes or vessels of rhythm (which is, I guess, the secondary purpose of words in art). 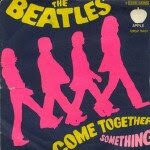 John Lennon had Neptune conjunct Mars trining Moon and Uranus in his natal chart, which means that Neptune was well-harnessed within his nature; Uranus added a touch (often more than a touch) of obtuseness and intentional nonsense to his lyrics. There have been dozens of theories about the meaning of the peculiar picture painted by his lyrics in "Come Together": drug-related; Jesus-related; Paul was dead; pen- portraits of each of the Beatles; John's dream of seeing himself in a coffin as people filed by to look at him. I prefer the last of those. John said, in interview, that the song is simply "gobbledy-gook". I'm sure it was, up to a point, but I'd guess that it contains some in-jokes and reference known only to the Beatles - "toe jam football", "walrus gum boots", "mojo filter", for instance. Anyway it's a catchy tune with hypnotic rhythm, lyrics are secondary in this abstract painting of a song, "colors" are everything.

He wear no shoeshine he got toe-jam football
He got monkey finger he shoot coca-cola
He say "I know you, you know me"
One thing I can tell you is you got to be free
Come together right now over me

Bono penned the lyrics of "One". There are a few conflicting ideas about its meaning. In Bono's natal chart foggy Neptune is conjunct Moon and exactly opposite Venus (planet of music and art) and Mercury (planet of writing and communication). Again, as with Lennon, the foggy planet is harnessed to personal planets. It's not surprising that Bono managed to write an abstract painting of a song, whether intentionally or not. Theories about the song's meaning range from: it's a song about the break-up of a relationship (lovers, friends, partners, parents); a conflict between a gay person and their parent; a song about Jesus (why do all lyrics have to be about Jesus for some listeners?) Others assume it's a song about one-ness in the world - a wider view of one-ness than just a self-centered whinge about relationship breaking up. I'd go along with the latter, if it weren't for some references to the contrary.

Is it getting better
Or do you feel the same
Will it make it easier on you now
You got someone to blame
You say...

Did I disappoint you
Or leave a bad taste in your mouth
You act like you never had love
And you want me to go without
Well it's... 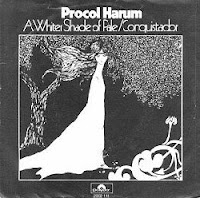 "Whiter Shade of Pale" is so beyond interpretation that it's amazing anyone has even attempted to make sense of it. It is the classic Neptunian song. Unfortunately I'm not aware of its writers' astrology. Literary and historical motifs abound here, suggesting dreamy visions with no hint of logic. Truly, truly Neptunian. I've always loved it.

And so it was later
As the miller told his tale
That her face at first just ghostly
Turned a whiter shade of pale.

You said: "There is no reason,
And the truth is plain to see."
But I wander through my playin' cards
Would not let him be
One of sixteen vestal virgins
Who were leaving for the coast
And although my eyes were open
They might just as well been closed

By the way, there's a good example of another Neptunian song already discussed on this blog - "Human" written by Brandon Flowers of The Killers. Chat about possible meanings has continued for some time, here and elsewhere.
Posted by Twilight at Thursday, May 14, 2009

Right on the money about all of these crazy songs...my favorite fantasy of Whiter Shade is that it is a song about going off to war in Vietnam. I imagine the playin' cards in a tarot spread. What say you?

OOOH, one of your best ever posts, T.
I sing along to "Get Together" but never have seen the lyrics in b&w so to speak and they are crazier than I would have thought!!
One is gorgeous.
And Whiter Shade of Pale is one of my very favourites of all time.
I'd heard it was about Vietnam too.
XO
WWW
PS Isn't it 'vestal virgins' though?

I like your categorisation of these - and they're wonderful songs, too.

Shawn ~~~ hmmm - I've never thought of "Whiter Shade of Pale" in terms of Vietnam - but then back in the UK we weren't as caught up in all of that as you were in the USA. Procol H. was a British band, so I'm little bit doubtful about a Vietnam reference, but who knows?

What the song brings to mind for me is a series of visions, or vignettes. In the recent movie "Across The Universe" there were lots of scenes of that kind - related to Beatles' songs. brilliant stuff.

WWW ~~~ Glad you like it!
Yes, indeed it is "vestal virgins" - that was a copy/paste job and I didn't check. I'll rectify that now. Thanks.

AN ~~ Yes, that kind of song, where you make up your own meaning, tends to stay around for a long time. :-)