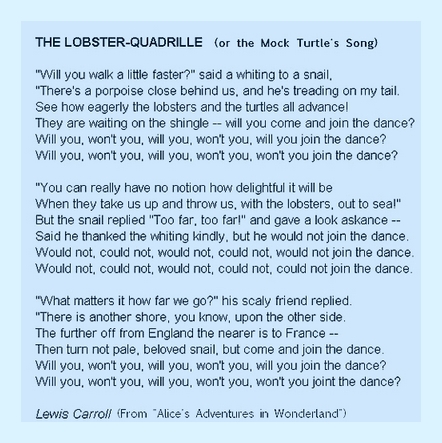 Bernie Sanders is to address his supporters by video streaming this evening. I guess Bernie is going to explain his plan for coming months, having met Hillary Clinton this week to discuss how they might find areas of agreement...will they, won't they, will they, won't they? I received an invitation to the streaming for RSVP, but when I tried to respond I was asked for my cellphone number. I don't have one. My husband has our single, very basic cellphone, which I've almost never had the need to use, and in any case dishing out its number to who knows where didn't appeal to me. I must rely on others to report what Bernie has to say tonight, as to whether he and Hillary will dance together, or continue stepping on one another's toes.

Ted Rall had a good piece up at Smirking Chimp yesterday :
What Hillary Must Do to Win Over Bernie Voters

What do Bernie Sanders supporters want? As Trump says, everything is negotiable. So let’s negotiate!

“Add back the public option to the Affordable Care Act,” Howard Dean suggests to Hillary in the New York Times. “Let Americans vote with their feet about whether they want to be in a single payer or the current system.”

The problem with that is, big insurance companies bribed her with $13 million in campaign contributions to get her to say that single payer “will never, ever come to pass.”

Nice idea, except that here too, she’s owned: she collected as many big donations from lobbyists for the for-profit prison industry as Marco Rubio.

He also wants her to embrace Bernie’s push for reforming Wall Street – but how likely is it that someone who made over $100 million giving speeches to scumbags in the financial services industry will turn against her backers?

“She should release the transcripts of her speeches and explain any of the objectionable things she said in them,” says Stephanie Rioux. If Clinton were going to show us her speeches, it would already have happened.

It may not feel like it now, but Hillary Clinton is in a pickle.

Everything political is in flux, including promises, as we found with Obama's platform that wooed the electorate in 2008, or so many PsOTUS prior. Hillary can say whatever she wants to attract the Bernie groupies, but can and probably will renege, just as she'll likely do with some features of her own platform. All she has to do is put the issue(s) in front of the Senate and House and watch it collapse...problem solved...she tried, but partisan congress won't allow it. Our congressional elite receive "donations", too. In reality, The Bern would have been up against the same forces, had he ever been elected POTUS.

I find Bernie's recent facial features and his minimal declarations of the last week to be peculiar. It's as if he's had to step in line and follow directions, more so than he anticipated. There's something deeper going on, more than Bernie simply conceding the nomination and telling his voters it's time to support Hillary. A bit like someone has him in a strong-hold. Maybe Obama and Hillary revealed the secret Lizard-elite to him...LOL.

mike ~ Well, yes, and this is the standard reply in comment threads online, and it IS probably what'll happen. Still, though, if Bernie keeps his proposals under public gaze for longer, in any way available to him, they'll become more embedded in people's minds, so that next time, or at mid-term, voters will be starting from a different point from that they began in this 2015/16 campaign. Thinking this is the only way I can retain any interest at all in this godawful American election farce. Bernie would have been up against THEM, yes, but he's made of sterner stuff than Obama and surely knows exactly what he'd have been up against. somebody, sometime will have to confront it all, or the people of this country are doomed - and all the people of our planet too.

I know what you mean about Bernie's demeanour recently. It could simply be his disappointment at having to give in, and feeling he is letting down his army of loving supporters. If only he'd throw in with the Greens, to continue his fight - but he won't - sadly.

Nice cartoon...LOL! I've seen some good ones of late. Re Hillary (or Bernie) kowtowing to congress...just look at the issue of gun control. It's not like Obama is pro-NRA...he has denounced the NRA and encouraged gun control with every mass shooting that has occurred in his presidency.

This entire political season was written by Lewis Carroll

mike (again) ~ Yes, at least cartoonists, comedians and chat-show hosts are finding their jobs easy! :-) Nice one, that, on the gun issue.

`Twas brillig, and the slithy toves
Did gyre and gimble in the wabe;
All mimsy were the borogoves,
And the mome raths outgrabe.

OFF TOPIC ~ More horror: this time across the Atlantic, in Yorkshire, England.

An MP has died after she was shot and stabbed in a "horrific" assault in her constituency, police have said.

This is shocking, a tragedy for all concerned.

The Brexit issue, whether the UK should leave the European Union or remain in it, due for referendum on 23rd of this month, is stirring up a lot of useless hatred between factions it seems, culminating in this shocking murder of a young woman who was well-liked Member of Parliament for the Labour Party, as well as being activein Oxfam and other good works.

The murder of Jo Cox has been the headline today. Of course, no one should ever be a victim of any aggression, but these murderers always go after the wrong people.


I've just watched/listened to Bernie's address to his supporters. Not sure why he thought it necessary, it was mainly a repeat of his stump speeches. Disappointing, and dispiriting. :-( He sounded "down" himself too - perhaps he has been "warned" off.
I do NOT believe he entered this just to be "sheepdog" for the Dem Party. He might have now found himself in that position though.

I've been reading the online blurbs and it seems it is business as usual for Bernie. He has NOT officially withdrawn and states he has enough delegates to influence the DNC. He has not stated support of Clinton, only that Trump needs to be defeated and that he will join Clinton in that effort. I'm certain that he's taking tremendous heat for not conceding his loss to Hillary, as this will assure problems for Debbie Wassershit and Hillary. Go Bernie, go!

BTW - The new Moon eclipse and additional transiting aspects of September 1st do wonders for Bernie. The eclipse occurs at his MC and his 10th house is loaded.

Clinton has 2,219 pledged delegates vs Bernie's 1,832...it takes 2,383 total delegates to win the nomination. Bernie has every right to take this all the way to the convention. As we know, the super-delegates don't vote until the convention.

Pledged delegate counts vary by source, this is from:
http://www.realclearpolitics.com/epolls/2016/president/democratic_delegate_count.html

mike (again) ~ Thanks for the uplift! He certainly didn't concede, and will do his best at the Convention in July. He worded his remarks carefully, that's true.
He probably wanted DWS out of the picture and the President and Hillary maybe nixed that completely, but he's likely going to try again at the Convention.

Here's a thought. If the DNC has been hacked since last summer unknowingly, and Bernie's database was breached in the fall...is it possible hackers have been purposely causing havoc and chaos in our primary election by flipping voters, etc.?? Both factions have been pointing fingers at each other and the division can cost us the election. If it's proven that the elections were compromised by this breach by hackers, is it possible the nomination will become void? What then? Both candidates on the ticket? Decided completely at the convention? Thoughts??

WikiLeaks headline this morning states they have information on Hillary that could lead to an indictment!
http://www.aol.com/article/2016/06/16/wikileaks-founder-says-big-leak-on-hillary-clinton-could-lead-to/21396978/

lorrainemiller ~ Hi there! I hadn't come across this theory before, but in the current atmosphere anything's possible. In the event of this being proved, and in the event of it having worked in Clinton's favour, I guess nothing would be said or done.
If it were the other way around the DNC would already be shouting loudly about it.

I don't know what would happen about the nomination if hacking were proved to have sullied the result. Maybe the issue would have to be decided by Congress ?

mike (again) ~ Why doesn't Wikileaks just release the information now? I did see something mentioned about this possibility yesterday, also it's said Putin has access to some of Clinton's e-mails - but nobody's doing anything - just talking! :-/

Re - lorrainemiller & hackers - It was Bernie's camp that was accused of spying on Clinton's campaign last fall. The more recent hacking into the DNC's computer files containing scud on Trump has been sourced to several possible hackers. To the best of my knowledge, there was no reported hacking in-between. Last night's "Charlie Rose" guest stated that the DNC itself may have allowed the so-called-hacking of the anti-Trump files to get this information out in the public domain, thus damaging Trump without being accused of attacking him directly. Who knows?!

"It may not feel like it now, but Hillary Clinton is in a pickle."

I can't help feeling it's America that's in a pickle.

RJ Adams ~ Just found this in "awaiting moderation", where I'd not looked for a day or two. :-)
Yep - America, Britain and the EU - all are now in a pickle!