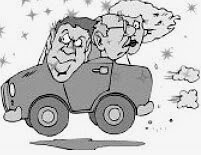 Today, a bit of what I like to call "drive-by astrology". More often than not "drive-by" is used in connection with shootings. I put the term to use in a more peaceful context. Whenever I come across an individual whose natal chart proves, on first sight, to be an excellent fit for the person I perceive, I post the chart with very brief reasons why it fits its owner so clearly. I hope this will provide a chance to see astrology working "before our very eyes" ! 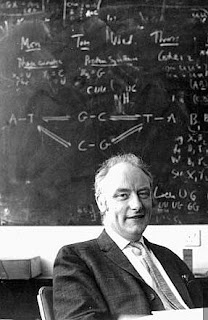 Drive-by subject: Francis Crick (8 June 1916 – 28 July 2004). Oh look - today is the centenary of his birth! He was an English biologist and neuroscientist who became one of the most important contributors to understanding DNA when he co-discovered its helical structure in 1953. He was also the one to coin the term "central dogma" in reference to how genetic information flows from DNA to RNA to protein.

I'm a numbskull regarding science, so will simply direct any interested reader to the Wikipedia page on Crick, and to a tribute piece, Remembering the bold and brilliant Francis Crick by Gary Robbins in the San Diego Union-Tribune. 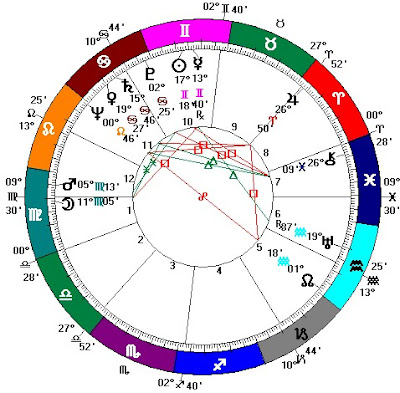 From Gary Robbins' piece linked above:


Crick is remembered as a bold, brilliant, boisterous, bigger-than-life figure who expanded beyond genetics to search for a biological basis for human consciousness.


Crick was often described as very talkative, with Watson – in The Double Helix – implying lack of modesty. His personality combined with his scientific accomplishments produced many opportunities for Crick to stimulate reactions from others, both inside and outside the scientific world, which was the centre of his intellectual and professional life. Crick spoke rapidly, and rather loudly, and had an infectious and reverberating laugh, and a lively sense of humour. One colleague from the Salk Institute described him as "a brainstorming intellectual powerhouse with a mischievous smile.... Francis was never mean-spirited, just incisive. He detected microscopic flaws in logic. In a room full of smart scientists, Francis continually reearned his position as the heavyweight champ."


Airy Gemini Sun conjunct Mercury: an excellent start for mental acuity, here linked by harmonious trine to Uranus in its own sign of rulership, airy inventive Aquarius, seals the deal. Astrologers would not be in the least surprised to find that a person with this combination would have some manner of mental brilliance, more than likely connected to something new and futuristic (via Uranus). Saturn, the planet said to be connected to things scientific/mathematical/structured, was in Cancer, conjunct Venus and in semi-sextile to Sun/Mercury. Some interpret semi-sextiles as unhelpful, I don't. Though Cancer and Gemini are not seen as particularly compatible as signs go, I interpret this link as indication of the direction this man's brilliance would likely take : into science.

Crick's natal Moon would have been somewhere in Virgo, whatever his time of birth. Virgo is a sign known for meticulous attention to detail, and that attribute is essential in scientific pursuits. Virgo Moon could quite likely have been in helpful sextile to Saturn.

Crick and Watson...groan! As so often happens in life and particularly in the sciences, an individual's research is "borrowed" and never credited to that individual. In the case of DNA, Crick & Watson "borrowed" significant portions of Rosaland Franklin's research on X-ray diffraction, yet omitted any acknowledgement of her toward the discovery of DNA. Linus Pauling would have been the one to eventually piece it together, but Crick & Watson beat him to it only because of Franklin's 3D X-ray crystallography and her brilliant assessment of DNA's structure.
https://en.wikipedia.org/wiki/Rosalind_Franklin#Controversies_after_death

Excerpt from https://www.sdsc.edu/ScienceWomen/franklin.html
"There is probably no other woman scientist with as much controversy surrounding her life and work as Rosalind Franklin. Franklin was responsible for much of the research and discovery work that led to the understanding of the structure of deoxyribonucleic acid, DNA. The story of DNA is a tale of competition and intrigue, told one way in James Watson's book The Double Helix, and quite another in Anne Sayre's study, Rosalind Franklin and DNA. James Watson, Francis Crick, and Maurice Wilkins received a Nobel Prize for the double-helix model of DNA in 1962, four years after Franklin's death at age 37 from ovarian cancer."

I would agree with your astrological interpretation, yet I would add that some of your observations could account for his willingly shoplifting science toward his own benefit and gain without accreditation.

mike. This proud Second Wave Feminist thanks you for your observations. Of course, scientists - as in any field - crib from males as well as females. The case of HG Wells' plagiarism of a woman's work is a bee in this Canadian's bonnet.

mike ~ I suspected that you'd raise this. I posted his chart simply as a "drive-by" example of astrology working clearly, didn't expand into the rights and wrongs of Crick's doings.

No offense to Learning Curve on the Ecliptic, but as an occasional reader I also have to thank commenter mike for elaborating on Rosaland Franklin's contributions to the work Crick took credit for. Viewed from that perspective, it makes Crick's astrological chart (and this post) all the more interesting.

Delving more deeply into Crick's personality via his natal chart, and the comments received, I've just read a Guardian piece on the topic:

From a paragraph towards the end of that article it strikes me that Crick's partner, James Watson might have been most involved in the lifting of Franklin's data without her consent:

Our picture of how the structure of DNA was discovered, and the myth about Watson and Crick stealing Franklin’s data, is almost entirely framed by Jim Watson’s powerful and influential memoir, The Double Helix. Watson included frank descriptions of his own appalling attitude towards Franklin, whom he tended to dismiss, even down to calling her ‘Rosy’ in the pages of his book – a nickname she never used (her name was pronounced ‘Ros-lind’). The epilogue to the book, which is often overlooked in criticism of Watson’s attitude to Franklin, contains a generous and fair description by Watson of Franklin’s vital contribution and a recognition of his own failures with respect to her – including using her proper name.


None of which would relieve Crick of blame, of course - but I'm not entirely sure that his natal chart would indicate any innate potential for underhand action as part of his personality.

What are the commenters' ideas on this please?

Well, the ethical turpitude of Watson and Crick exhibited by not acknowledging Franklin's work is astonishing. Had Franklin's research never been shared, Watson, Crick, and Wilkins would more than likely not be known to us today. Franklin and Wilkins would have claimed the prize.

Watson was more obvious with his ghosting of Franklin, but it seems that Crick colluded with him to use, but not acknowledge Franklin, too:

"...Franklin was the first to discover and formulate these facts, which in fact constituted the basis for all later attempts to build a model of the molecule. Before this both Linus Pauling and Watson and Crick had generated erroneous models with the chains inside and the bases pointing outwards. Her identification of the space group for DNA crystals revealed to Crick that the two DNA strands were antiparallel."
https://en.wikipedia.org/wiki/Francis_Crick#Controversy

"...Likewise, Perutz saw 'no harm' in showing an MRC report containing the conclusions of Franklin and Gosling's X-ray data analysis to Crick, since it had not been marked as confidential, although 'The report was not expected to reach outside eyes'. ... Watson and Crick did not cite the X-ray diffraction work of Wilkins and Franklin in their original paper, though they admit having 'been stimulated by a knowledge of the general nature of the unpublished experimental results and ideas of Dr. M. H. F. Wilkins, Dr. R. E. Franklin and their co-workers at King's College, London'. In fact, Watson and Crick cited no experimental data at all in support of their model. ... Watson has suggested that ideally Wilkins and Franklin would have been awarded the Nobel Prize in Chemistry."
https://en.wikipedia.org/wiki/Rosalind_Franklin#Contribution_to_the_model_of_DNA

I agree that an astrologer would be in error to indicate aspects indicative of malfeasance...except among our selves...LOL! It's all too easy to credit various aspects with the natal chart of someone having proven their negatives, with an astrologer reviewing the natal chart of the deceased. Plus, transits can have detrimental effects on the natal chart. The synergy of Watson's astrology with Crick's could explain some things, too. However, I do "see" aspects in Crick's chart that could explain his behavior toward Franklin...but only because I know how that story played-out.

mike (again) ~ Thanks for your further thoughts. :-)