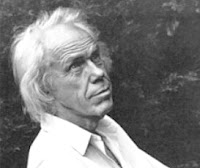 A photographer this week, rather than a painter: Minor White - kind of appropriate name for a photographer who specialised in black and white photographs!

Taking a photograph these days, using the ubiquitous multi-functional cellphone, is almost too easy. The true art of photography is almost always absent, the effort photographers such as Minor White, Ansel Adams, Dorothea Lange and others put into their photographic art was something else entirely.

A nutshell biography from International Photography Hall of Fame

Minor White (9 July 1908- 24 June 1976) was an American photographer, educator, editor and critic. Recognized for his intense commitment of photography and the boldness of his vision, he devoted himself to achieving broad recognition of photography as an art form.

White was born in Minneapolis, Minnesota and studied botany at the University of Minnesota. He worked for several years at odd jobs before concentrating on photography. He was largely self-taught and exhibited a direct, documentary approach in his early work. He worked as a photographer for the Works Progress Administration (WPA) in Oregon from 1938 to 1939 and served as an infantryman in the Philippines from 1942 through 1945 during World War II, receiving the Bronze Star.

After the war, White’s photographs began to reflect spiritual issues and the influence of his studies of Roman Catholicism, Zen Buddhism, and mysticism. White believed that taking and viewing a photograph are spiritual, intellectual acts. A photograph is capable of expressing intangibles, and what it creates for the viewer is an important as what the artist had in mind.

White moved to New York City after the war and studied at Columbia University. In 1946 he joined the faculty of the California School of Fine Arts where he worked under Ansel Adams. White founded Aperture magazine with Adams, Dorothea Lange, and Beaumont and Nancy Newhall, among others. He succeeded Adams as Director of the California School of Fine Arts (now the San Francisco Art Institute) in 1947 and served as professor of photography at the Massachusetts Institute of Technology from 1965 to 1976.

In a piece by Susan Stamberg at the NPR website, she writes that White was an outsider with a quirky sense of humor, White had different ideas, Martineau says. He was brave in what he chose to photograph, at a time when some subjects were dangerous.

"His struggle with his homosexuality was a key factor in his work," Martineau explains. "Throughout his entire career he remained closeted. He had to. He was teaching in various university art programs, and if someone had found out he could've lost his source of livelihood, so it was very serious."


Look HERE for more than a dozen good-sized images of White's photographs.

Google Image page has a good selection of his photographs too.

Born on 9 July 1908 in Minneapolis, Minnesota. Time of birth not known, chart set for 12 noon. 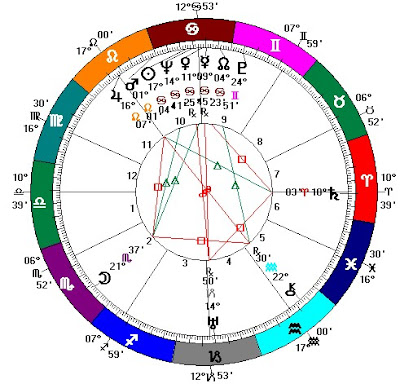 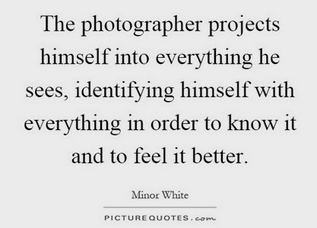 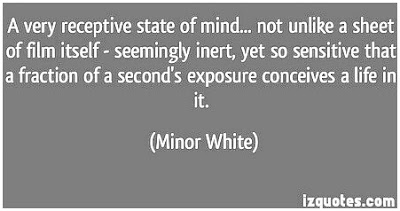 Sun conjunct Neptune and Venus is a classic astrological signature for an arty photographer, and when these planets are in Cancer intense sensitivity is going to be a prominent ingredient in the mix. It's as though he's imprinting this "signature" into his photographs.

Saturn in Aries squaring the above "signature" brings in some difficulties reflecting, possibly, White's closeted sexual preference. Moon's position can't be known without a time of birth, but at noon it was in Scorpio, making it quite likely to have been in the same sign at his birth. A Scorpio Moon, which might be in trine to his sensitive Cancer Sun, could also play in to a need for secrecy as to his sexuality.

Well, David Cameron is stepping-down...can't be all bad...LOL. Armageddon has been set loose according to the headlines this morning. It will be interesting to see to what extent the financial sector over-reacts. I highly doubt this will be the end of the saga...nothing is as it seems...the real assessment will come once Mars stations direct.

Interesting photography of his...some serene and pleasant, others with an edge. He lived until 1976, which allowed him to see the decriminalization of homosexuality and removal of homosexuality as a mental illness. Most gays were "closeted" in those years of his life, but his bio doesn't mention to what extent he had gay friends, possible relationships, etc, so I assume "closeted" simply means not out to the general public, but perhaps he had minimal participation with gay-life, too. The McCarthy era of late 1940s and most all of the 1950s was harsh for anyone expressing anything but the utmost normalcy. He did do some semi-nude male photos that appear very homoerotic, so he must have dabbled with exposing himself via his art.

His Wiki bio provides that he practiced some aspects of metaphysics and was not very mainstream in his thinking. I particularly like his anti-nationalism he expressed in the late 1940s...unusual. He seems to have been social, at least in his professional aspects, so no hermit in the deep woods.
"He turned to astrology in an attempt to increase his understanding about life, and his interest in it became so significant that he required all of his current and prospective students to have their horoscopes completed."
https://en.wikipedia.org/wiki/Minor_White

The most striking (to me) and telling aspect in his natal chart, was his T-square Sun-Mercury-Venus-Neptune (conjunct in Cancer) square Saturn, opposed Uranus...with the side-aspect of Jupiter trine Saturn, but inconjunct Uranus. Definitely a different, quirky, unique individual.

(again) ~ Dang - yes, I remember the astrology reference from my first reading at Wiki - I then went looking elsewhere for other info. and forgot all about it. Thanks for mentioning it.

As he was a teacher I suppose he would have been socially inclined to some extent to be able to relate to those he taught, but at the same time he'd have to be very careful of forming close relationships. Tricky situation. As in so many cases looked at previously, the artist finds an outlet for hidden anxieties and blockages through his art.

A clue to a possible close friendship from the link to Susan Stamberg's article:

In 1948, White made a series of pictures of his friend Tom Murphy. Beautiful, muscular — and naked — Murphy poses like a ballet dancer: elbows held in front of his chest, hands crossed, his long, graceful fingers pressed together.

I guess the T-square has to represent his inner discomfort about needing to remain closeted.