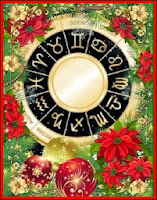 Attempting to be seasonal, Christmassy and astrologistic at the same time is tricky, and can be repetitive. During previous "Holiday" seasons I've attempted to link zodiac signs to various styles of a couple of seasonal items - Christmas cards and Christmas tree decor. What's left for that kind of treatment ? Not much. Another seasonal regular, in Britain, is the pantomime. My archived post on that tradition is HERE. General definition of pantomime: theatrical entertainment mainly, but not exclusively, for children, with music, topical jokes, satire and slapstick. Gender of actor/character is often reversed (i.e. male plays female, female plays male). Themes are from fairy tales or nursery stories. Panto productions are usually produced around Christmas-time, in both amateur and professional mode, the latter starring at least one "celeb" performer.
I haven't tried to link popular pantomime characters to zodiac types.....yet.

I realise that any passing reader in the USA will be unfamiliar with pantomime, but they'll surely recall the fairy tales upon which irreverent pantomimes are based. Let's see - for instance, who's the Cinderella of the zodiac? Or who is the zodiac's Sleeping Beauty, Jack of the Beanstalk tale, Puss in Boots, Dick Whittington, Aladdin, or Beauty, and naturally, the Beast?

Aries - enthusiastic, impetuous, energetic, aggressive. How about Jack of Jack & the Beanstalk ? Story is HERE

Taurus - reliable, steadfast, artistic, earthy... probably not one of the lead characters in fairy tales or pantomimes, more a supporting part. In pantomime, a father, as in Baron Hardup (Cinderella's dad), or maybe Buttons, usually an audience favourite, the Baron's servant and loyal, loving friend of Cinderella.


Gemini - the communicator, social butterfly, trickster. There are lots of tricksters in fairy tales and pantomimes. I like Puss in Boots for Gemini! Story is here 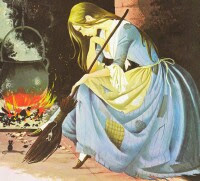 Leo - ambitious, likes to lead, loyal, vain, pretentious... lots of these types in fairy tales and panto too, surprisingly not usually the lead character though. Snow White's vain and wicked stepmother with her magic mirror qualifies for the darker side of Leo. Peter Pan, the eternal boy, has Leo connection too, Leo holds sway over 5th house of pleasure and children. 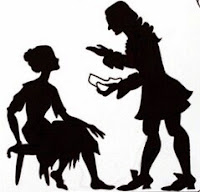 Virgo - conscientious, meticulous, precise, fussy...Cinderella's Prince Charming springs to mind; his meticulous search for a foot to fit the glass slipper is nothing if not Virgoan!

Libra - peaceful, indecisive, gracious, diplomatic
Scorpio - passionate, loyal, suspicious, obsessive
Tongue firmly in cheek... my first thought for Libra and Scorpio was Beauty and the Beast! I'd never been clear about the full story of B and the B - it's here: 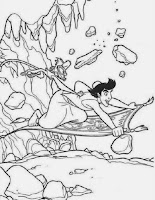 Sagittarius - independent, adventurous, a traveller, kindly, optimistic (sometimes overly so).
Sagittarius has the makings of the hero or heroine of of any fairy tale or pantomime. Aladdin (re the flying carpet) or Dick Whittington?

Capricorn - responsible, ambitious, serious. As with Taurus, I don't see Capricorn as taking the lead in a fairy tale or pantomime, the sign's characteristics better fit supporting roles such as merchant (as in father of Belle in Beauty & the Beast), or a landowner, aristocrat, employer etc. 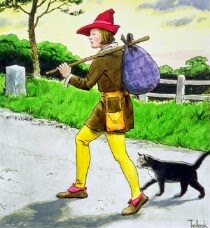 Aquarius - inventive, stubborn, political, logical. Aquarius can share Dick Whittington with Sagittarius. Dick did become Lord Mayor of London, and that's about as political as fairy tales ever get! 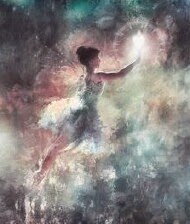 AND~~ Sunday 21 December is Winter Solstice this year for us in the north, Summer Solstice for the southern hemisphere.... 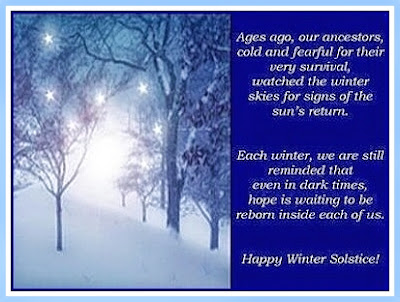 The beast as simile for Scorpio in "Beauty and the Beast" is far too kind, but I'll take it! Most would provide Claude Frollo in "The Hunchback of Notre Dame" or Erik (the phantom) in "Phantom of the Opera...LOL.

Pisces...yes, a princess, but maybe "The Princess and the Pea".

I almost gave Princess and the Pea to Cancer (ultra sensitive physically as well as emptionally), but couldn't resist the better known Cinderella.

well ok, I own some land. lol

Sonny ~ There ya go then! ;-)
I don't want to be Lord Mayor of London though, but I did dress up as Dick Whittington for a party once, back in the late 1970s.

I see you've cast me as a darned animal again, Twilight. Puss-in-Boots, indeed! Now, Prince Charming I could have carried off. :-)

A very merry Christmas and a happy New Year to you both.

RJ Adams ~ Oh - but you'd look so good in those boots, RJ - and with a jaunty feather in your cap. Prince charming would have nothing on you!:-)

Warm seasonal wishes coming back to you and Mrs RJ!