Blogging, astro or otherwise, is like a game of cards... 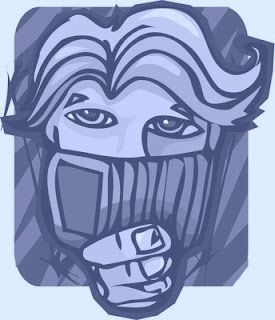 Thumbing through a women's magazine at the hairdresser's, bored with all the usual articles: advice about losing weight, refurbishing the kitchen and how to declutter everything in sight, a short piece, Poker and Life drew my eye. I know diddly-squat about poker, but as the piece was written by a well-known female actress, how boring could it be? (Hmmmm?) Her article proposed that the many lessons she has learned from playing poker could equally be applied to life in general. Her points made a lot of sense. I later looked for an on-line version of the article, didn't find it, but found a different one, just as good, perhaps even better. This was by Mark McGuire at Timesunion.comblog, called Life and Poker.

As Mr McGuire points out in his opening paragraph

"Saying “(fill in the blank) is a lot like life: …” makes for easy bumper-sticker psychology. We can draw parallels and insight and metaphorical significance from a host of sources, whether it's kindergarten or a movie or crossing a busy street."

In the world of astrology though, saying "astrology is a lot like life" seems superfluous, redundant. Blogging, then? Astrology blogging, blogging in general?

" Blogging/Astrology Blogging is a lot like life" - that might work. Since I first posted a version of this post some 5 years ago the blogging world has shrunk considerably. The advent of Facebook has thinned out many half-hearted bloggers and readers. Even so, a few stalwarts remain, clinging to the wreckage. And the same applies in many areas of life during these uncertain days. Maybe it's a bit like poker - a player with a doubtfully useful hand of cards remains in the game - hoping against hope.

Anyway - back to the article: I'll take 5 points from Mr. McGuire's piece and apply them to blogging/astrology blogging. They work! I'm wondering though, whether what this actually tells us is that blogging is a bit like poker!

"You can be the most talented and get crushed … or be out-classed and still come out a winner. Nothing is guaranteed, and there’s no such thing as a sure thing."(In blogging the enthusiastic amateur has as much chance as the professional to interest an audience - sometimes).

"Sometimes you have to ignore the averages and go with your gut. Intuition may be the most valuable sense next to common". (In choosing what to blog about, and how - and what to leave alone.)

"Nothing is sometimes something if you just stay in. We often have a better hand than we think." (When bloggers doubt themselves because nobody comments and the hits are few, it's worth hangin' in there - things can change rapidly.)

"Opportunities are rare; you must recognize them. Picture a little Robin Williams on your shoulder whispering “Carpe Diem,” until he gets so annoying you have to swat him with a card rack. Then it’s too late; the opportunity is gone. Curse you, Robin Williams." (In blogging - pounce on a news story, article, real life or astrological event - capitalise on it quickly before it gets stale.)

"Everybody wins, everybody loses. Don’t get too high or too low. You’re never as good or as bad as you think." (In all things!)

Let's see how astrology blogging/blogging in general fits in with a couple of quotes from quotable writers:

Poker (astro blogging/blogging) is the game closest to the western conception of life, where life and thought are recognized as intimately combined, where free will prevails over philosophies of fate or of chance, where men are considered moral agents and where - at least in the short run - the important thing is not what happens but what people think happens. ~John Luckacs


The poker player ( astrology blogger) learns that sometimes both science and common sense are wrong; that the bumblebee can fly; that, perhaps, one should never trust an expert; that there are more things in heaven and earth than are dreamt of by those with an academic bent. ~David Mamet.

This was by Mark McGuire at Timesunion.comblog, called Life and Poker.

Hang on - that's not by a woman, Twilight. What are you doing there?

I see previous commentator didn't quite read the whole post :)

Most games, etc., can be used as analogies to life.

I just did that prior to dropping in here on a game of Lexulous (short term vs long term strategies).

James Higham ~~ Huh???
I'm not aware that I regularly favour women and their writings, in fact I often feel I lean too far the opposite way.

Wisewebwoman ~~ That's usual....bit of a hit and run i guess.

Poker as a Metaphor for Poetry


Play the cards you are dealt,
inflated for the gaze of your opponents.
Don't squander emotion reactively.
Enjoy the thrill of being in the game.

Anyone for a game of poker? Twilight? Bring your purse.

RJ Adams ~~~ I can play gin rummy or snap or... erm what's the one with "Mrs. Bun the baker's wife"..etc. I can manage that: the extent of my skill in the art of playing cards - so my purse remains tightly closed!
Don't say much for my blogging do it? ;-)